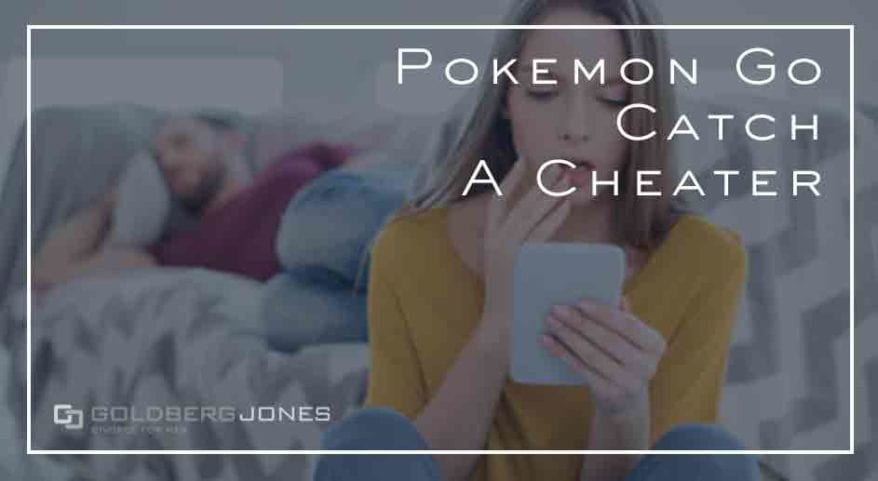 If you’ve paid attention to the news in recent weeks, you’ve heard at least passing references to Pokemon Go. The augmented reality game has swept the nation with a number of unexpected side effects.

Sure, it gets users of all ages out of the house to hunt Pikachu, Bulbasaur, Charmander, and the rest. But there have also been traffic accidents, distracted pedestrians falling down steep embankments, and reports of people being mugged as a result.

One unlucky user was even caught cheating on his girlfriend thanks to the GPS-enabled game.

The way Pokemon Go works is you download the app onto your smartphone, then you track, capture, train, and battle little virtual characters. The difference between this particular game and most is that the Pokemon exist out in the world.

They appear on the screen as if they are in the same spot as the user, encouraging players to venture to different locations in order to track down their prize.

Mobile devices use GPS and mapping functions to pinpoint where users are and record where Pokemon are captured. According to the New York Post, this is precisely what got Pokemon Go player Evan Scribner into trouble with his lady friend. When she looked at his phone, she saw that he caught a Pokemon while at his ex-girlfriend’s house. Unable to come up with a valid excuse for his excursion, Scribner was unceremoniously kicked to the curb.

While this may be a funny story — at least for us, it probably wasn’t quite as funny for Scribner or his girlfriend — infidelity is a big issue in relationships. Adultery can have a catastrophic impact on a marriage, and many have ended as a result.

It can also shape your divorce settlement depending on where you live. In some states, cheaters can’t receive spousal support after divorce. In others, it can influence the division of property. The question arises, what does adultery, Pokemon Go related or otherwise, mean for your divorce?

California is a no-fault divorce state. On a basic level, this means that there are no grounds for divorce and that no specific criteria must be met.

Neither spouse has to prove the other was at fault, and all that’s required to end a marriage is for one party to claim there are “irreconcilable differences” with no hope of resolution.

Neither spouse is “guilty” or “innocent,” and so long as you meet the residency requirements and follow the proper procedures, you will get your divorce. Simple.

As a result of this statute, one spouse cheating is largely inconsequential in divorce proceedings. In no-fault divorce states, the why is not the key piece of the puzzle, it’s simply that one party wants to end the marriage. That isn’t to say that infidelity won’t play a part, as it can impact other areas, though maybe not how you expect.

One place where adultery can factor into your divorce settlement is in the division of property. Infidelity won’t be used in a punitive fashion — the judge isn’t going to award you more stuff because your spouse cheated. However, if extramarital affairs directly impact the financial circumstances of one party, this may be important.

For instance, if an affair resulted in significant expenses, that fact can play a role in the divorce settlement. If there was a great deal of travel, if your ex racked up extensive hotel bills, or if lavish gifts were exchanged, variables like these may be taken into account.

The impact of cheating can, however, be difficult to prove in court, and you will have to show concrete evidence to back up these claims.

Along these lines, spousal support may be awarded in cases of infidelity, but it can be hard to prove. You will have to show that adultery directly caused financial hardship.

If cheating led to a large debt or if your savings were drained as a result, in some cases like these, temporary spousal support may be awarded. If emotional distress from adultery negatively impacted your ability work, that may also be accounted for. But again, all of this is hard to prove in a tangible way.

More likely, things other than infidelity will figure into spousal support. Future earning potential, job prospects, child custody, the length of the marriage, financial need, and more will be given credence ahead of affairs and adultery when it comes to determining spousal support.

Much like on the financial side of things, whether or not infidelity has an impact on child custody will vary depending on the situation. Just like it must be shown that cheating caused an undue financial strain, you will have to demonstrate that it negatively impacted your spouse’s abilities as a parent for the court to take it into consideration.

If you can show that an affair was detrimental to your children, that may wind up playing a part in your divorce settlement. Perhaps, as a result of an affair, your spouse neglected parental duties.

Maybe you can show a pattern of neglect if your ex routinely chose an affair over parental obligations. This is the type of thing the courts may bear in mind. But as one party attempts to show infidelity was detrimental to parenting ability, the other may attempt to illustrate that it was not.

As destructive as adultery and infidelity can be to a marriage, it may not necessarily have an equal impact on your divorce. If you can show a concrete connection between cheating and things like financial adversity or parenting ability, the court may factor it into the divorce settlement. If not, however, the influence may be negligible.