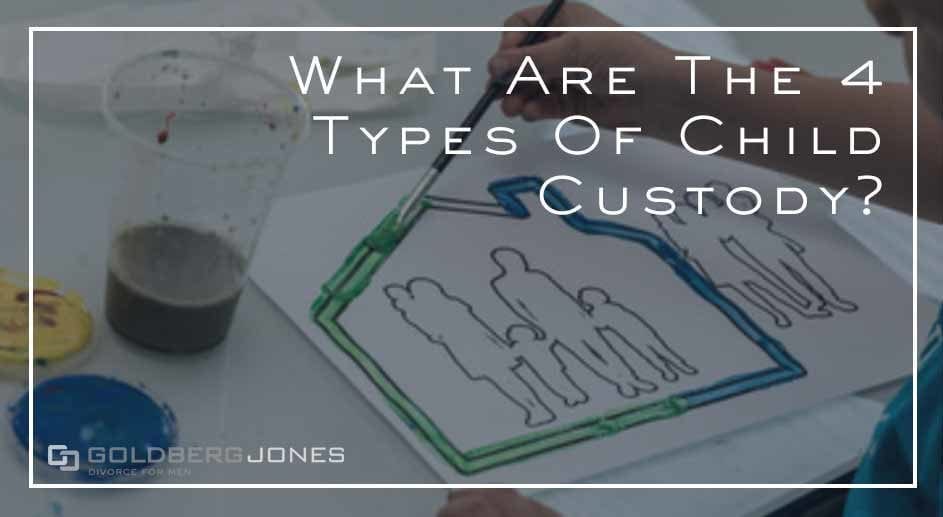 Child custody battles are common in divorce and family law cases. As with most legal matters, it’s not entirely black and white. It’s important to know the types of child custody—the differences, similarities, and what each means. Knowing what options exist can help you know what you are looking for in regards to child custody.

Physical custody is when a parent has the right to have the child live in his or her house.

Often in these situations, the other parent has visitation, though the extent depends on the circumstances. There may be unsupervised weekends or holiday overnights, or the court may order only supervised visits for a few hours.

Legal custody gives a parent the right to make decisions about the child’s life. Some of the major topics include:

One parent maintains the power to make all the pertinent decisions regarding the child’s upbringing and welfare.

Though you can petition for this, most courts avoid it if possible since it’s commonly believed having both parents in a child’s life is in their best interest.

If the situation is either unsafe for the child, simply impossible for the parents to work together, or the other parent is unfit—and if you can prove that shared custody isn’t in the child’s best interest.

Like we said above, the court generally does not award sole custody unless there are extenuating circumstances. And this is generally in situations when one parent poses potential harm to the child.

Instead, in these situations, the court usually awards one parent sole physical custody to one parent while both retain legal custody.

This means that the child lives with the custodial parent, though both have a voice in the decision-making. A regular visitation schedule also usually plays a part in these types of child custody arrangements.

If there’s already friction between you and your ex, going after sole custody may intensify that. Especially if you sue for sole custody and don’t get it. That may lead to bad feelings.

Save this move for cases when it’s warranted, not just because the two of you can’t get along. This is still your child’s parent, and for the sake of the kids, try to keep things as civil as possible.

By now you probably already have at least a fair idea of joint custody as a concept. It’s when both parents, while not living together, participate in raising their child. Joint custody refers to either legal or physical custody or both. One of the most common types of child custody, in practice, this breaks down into a number of scenarios.

For example, even if the father has sole physical custody, the mother may share joint legal custody. This means both parents are responsible for making decisions about their child.

Joint physical custody works best when both parents live in close proximity to one another. This makes shuttling the kids back and forth, picking them up from school, getting them to soccer games, and all the rest more practical.

In these cases, it’s easier to rotate between homes and children often spend significant time at each house.

When there’s a greater distance between the parents’ homes—say, one lives up in Carlsbad, one lives down in Chula Vista—things get trickier to schedule.

Perhaps the most common scenario in these cases is where the child spends most of the week in one household and splits weekends and holidays between the two.

There are a variety of ways to handle joint custody. One that’s become more and more common recently is called “nesting” or “birdnesting.” This is a co-parenting strategy where the children stay in a single home all the time, but the parents rotate in and out.

Since they don’t bounce around as often, it allows for increased stability for the kids. Not feasible in every case, some people rave about this setup.

Joint physical custody is when the court awards both parents significant chunks of time. Due to physical constraints, this most often happens when the two parents live close to one another. If the distance is too great, one parent will likely wind up with physical custody, with visitation for the other.

Depending on the circumstances, the court often awards joint legal custody. This means that both parents share the decision-making powers. That way they must cooperate and work together to determine how to raise the child in question. If one attempts to take over full control of the child’s upbringing, the other can take the matter to court to enforce the order.

Benefits and Drawbacks of Joint Custody

The biggest plus to joint custody is that it keeps both parents involved in the child’s life in a big way. Staying in continual contact with both mother and father benefits the children, and their relationships continue to grow over time.

Joint custody also puts the responsibility of raising the kids on both parents instead of one doing the bulk of the heavy lifting.

On the negative side, regularly seeing your ex often leads to friction, even when you divorce on relatively good terms. If things were great, you’d probably still be married. Shuffling the kids back and forth and maintaining a schedule is time-consuming and stressful for parents and children.

Maintaining two homes gets expensive. And often times, one parent may feel he or she is putting in more—emotionally, time-wise, or financially—which also results in conflict.

The are multiple types of child custody. Which applies to your case depends on the specifics of your situation. Good information to know as you proceed with a custody case, it may impact how you move forward.