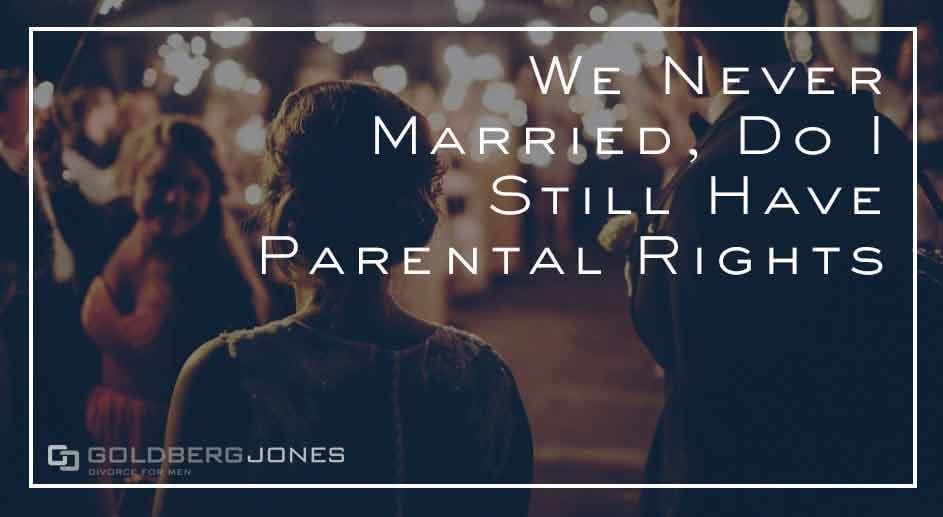 Child custody disputes are commonplace during divorce. Situating the children and protecting their best interests are key parts of ending a marriage. But what about when there was no marriage. Who gets the kids? How do you decide on custody? Do you even have any parental rights?

Email Question from Scott: “I was never married. I have a two-year-old son with my girlfriend of seven years. But she left me a few months back and is now living with a new guy.  I’m told because we were never married I have no parental rights. Is this true? How can I make sure I can still look out for my son?”

Check out the call below:

Rick: “This is a really terrific email. I gotta tell you, and everybody listening that about one-third of our cases are custody that did not involve a marriage.  So it really really is prevalent and a lot of people listening are nodding their head right now.

“If he hasn’t, there’s still the ability to get a paternity test. So once that’s defined, once we now know he’s the father, that puts him in the same sorta status as two married people were, which means he’s got to go to court and get what we’ve talked about many times: a parenting plan.

“So he doesn’t file for divorce, but he does file to establish a parenting plan. The same issues exist, the same standard of best interest of the child apply, but he’s gotta get on it because it sounds like he’s waited a couple months, which means he’s letting the ‘status quo’ set in. Which is her out of the house, child with her, child living with someone he doesn’t know, and who knows what kind of criminal history he may have, so all of this guy’s concerns are very real.”

Danny: “And something you said at the tail end there: every day this goes on, it becomes more and more the norm, and what that child knows as a family, right?”

Rick: “Not only what the child knows as the family, but it’s also going to give the court an easy decision. What they would really like to do, they’re doing right by the world, but it’s real easy to say, ‘Keep things the way they are.’ And I bet that Scott doesn’t like the way things are.”