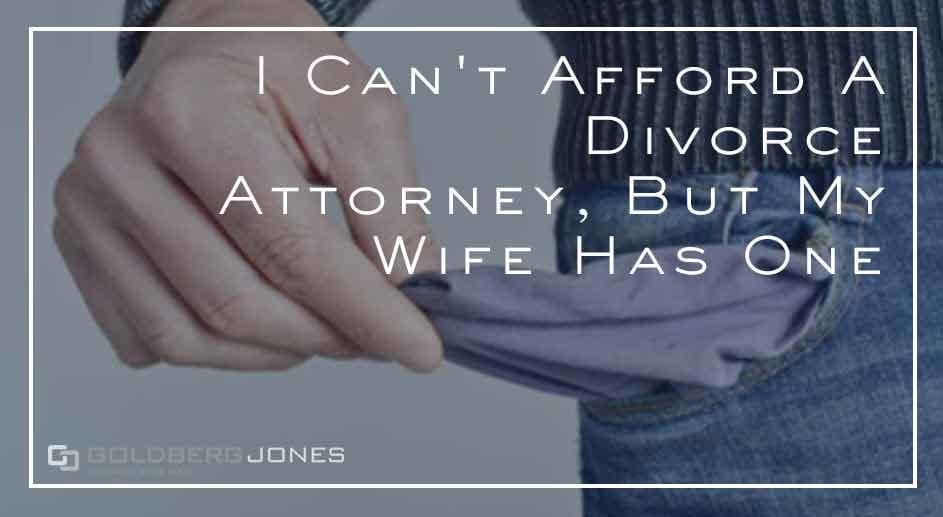 You don’t necessarily need an attorney to go through the divorce process. It’s not a legal requirement. But what about if your ex-has representation? Do you need to hire a divorce attorney if your wife has one?

The short answer is most likely yes. Going up against an experienced attorney puts you at a steep disadvantage. It’s like a rec league softball player stepping into the batter’s box against the Padres starting rotation.

Our founding partner, Rick Jones, makes regular appearances on the Danny Bonaduce and Sarah Morning Show, where he answers family law questions from listeners. One caller finds himself in just this predicament and Rick explained exactly why it’s in his best interest to hire a divorce attorney, and quick.

Caller: “My wife filed a petition for divorce and it’s just been dragging on and on and on. When I try to get some legal aid services, they said I can’t do anything unless you get a lawyer because she already has a lawyer. Right now she’s got everything frozen as far as assets and everything. I mean, I’m living couch-to-couch from friends.”

Danny: “I’ll tell ya one thing from the top of my head before Rick Jones takes over with a cooler head, but the reason all your assets are frozen and you’ve got no place to sleep is because she hired a lawyer and you didn’t.

“The first thing you want to do, I’m telling you, even if you think ‘I don’t need a lawyer, we’re going to be pals,’ the second anybody lawyers up, everybody lawyer up. You take it from there Rick Jones.”

Rick Jones: “Yeah, I’ll follow that up by saying there’s a whole lot we don’t know and don’t have time to listen to this morning to find out what your circumstances really are, but it sounds like she’s filed a case.

“She’s probably got these temporary orders put in place, and the temporary orders are so favorable to her, there’s no reason for her to march towards settlement and finalizing this case, right? Why would she? There’s no incentive.

“So here we have Tom, who wants to be done, he wants to have some relief from these temporary orders, but [neither] she nor her attorney want to come to the bargaining table.”

Danny: “So would your advice would be to get a lawyer and fight back?”