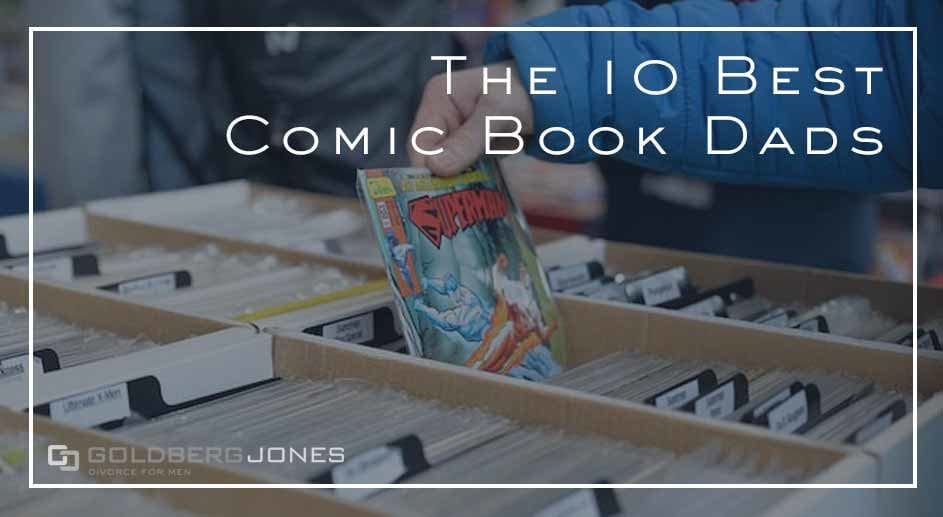 It’s that time of year again, where everything geeky, nerdy, and awesome descends on San Diego. Yes, the pop culture juggernaut that is San Diego Comic-Con is here again. Over the years, it’s grown to include movies, TV, and all things entertainment.

Though the attention may have shifted some, we still love our comic books. And given our focus on family law and fathers’ rights, some of our favorite characters happen to be dads. As San Diego Comic-Con ramps up for another year, we thought we’d run through some of the all-time best comic book dads.

Some are fathers, others are father figures. Some are heroes, while others simply give their kids the support they need to become heroes. And aren’t most of our dads heroes to us in some shape or form?

With that in mind, here are the ten best comic book dads. “Best” is a relative term. Maybe they aren’t always the greatest fathers, but these are the most intriguing, impactful fathers and parental figures. 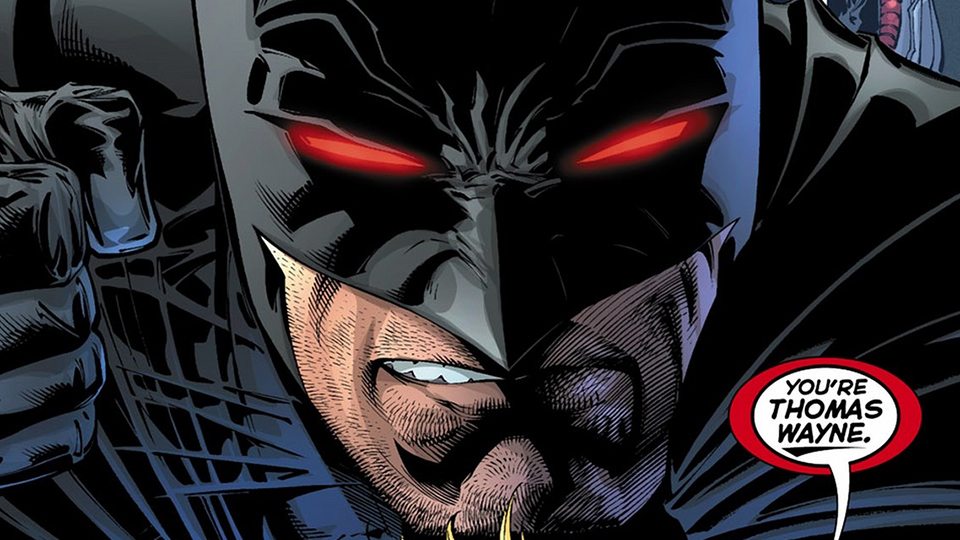 Thomas Wayne’s biggest defining characteristic is probably that he’s dead. But in his absence, he has a heavy impact on Gotham City. Witnessing his parents gunned down while protecting him in a seedy ally defines young Bruce Wayne’s life. This tragedy spurs him on to become the Batman.

Without Thomas Wayne, we wouldn’t have the Dark Knight. And not just because he dies. His philanthropic streak and vast fortune provide Bruce with his subsequent moral bearing as well as the means to achieve his goals. (After all, how else would Batman acquire all of his wonderful toys?) In alternate timelines, Thomas Wayne has even been Batman himself. 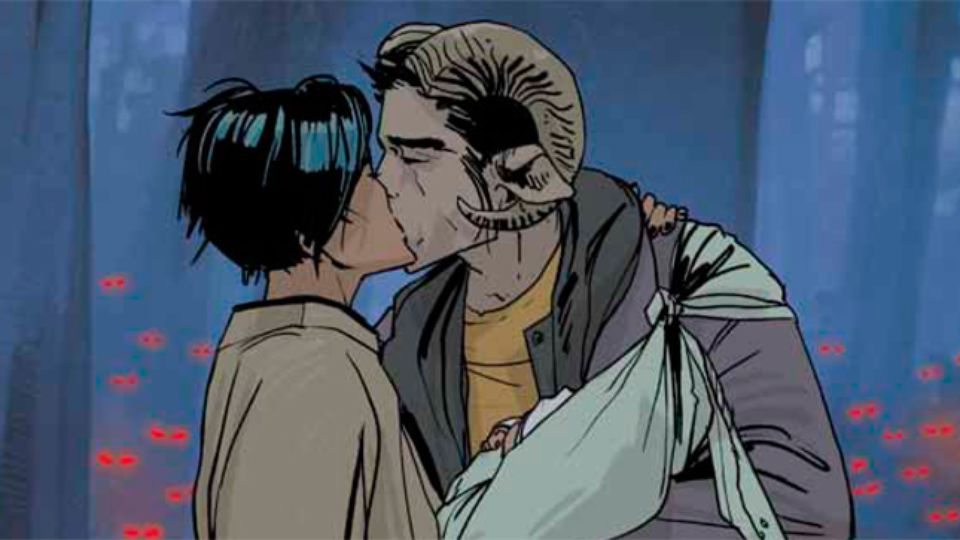 Raising a kid is tough when parents come from two different worlds. Usually, that’s a metaphor, but in the case of Saga, it’s the literal truth. Alana is a soldier from the planet Landfall; Marko is a pacifist from the moon Wreath. It also happens that these two worlds are engaged in an all-out war. Things get complicated when the two fall in love and have a baby, Hazel.

Balancing fatherhood and a temperamental relationship gets difficult. Even more so when your mismatched family must go on the run through the galaxy. But somehow while being hunted by soldiers, mercenaries, and a TV-headed robot prince (it makes sense in context), Marko cares deeply for his daughter, dotes on her at every turn, and does what he must to protect and provide. And he’s one of the best comic book dads currently going.

He may not be Bruce Wayne’s actual father, but Alfred Pennyworth remains one of the best comic book dads. In addition to being a devoted aide to the Wayne family, after the death of Thomas and Martha Wayne, Alfred serves as Bruce’s legal guardian and surrogate father.

First appearing in 1943, Alfred has almost as many variations as Batman. He’s been a stuffy, disapproving de facto parent; a cynical, sarcastic sidekick; a valued confidant and important asset; and a former Royal Marine, among others. In The Dark Knight Strikes Again, the Bat-computer even has artificial intelligence patterned on his personality. But in every iteration, he seeks to raise, care for, and assist Bruce Wayne/Batman. If that doesn’t make him one of the best comic book dads, regardless of blood ties, we don’t know what does. 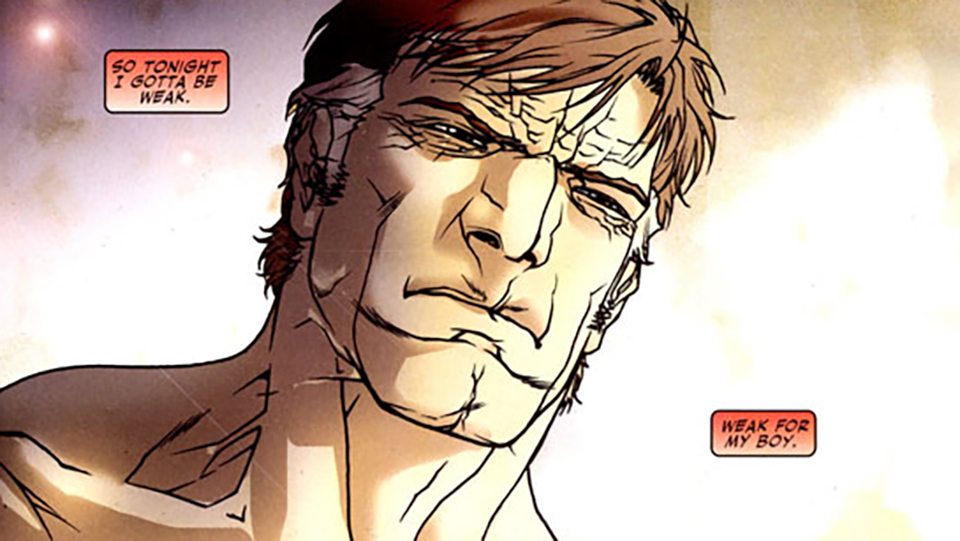 Journeyman boxer “Battling” Jack Murphy wasn’t a perfect father. He made some bad choices and aligned himself with unsavory characters, namely the mob. No one ever said being a single father was easy. But one thing was never in doubt, that he loved his son, Matt Murdock, better known as Daredevil, the Man Without Fear.

Jack instilled a strong work ethic and character in his son, encouraging him to hit the books not the heavy bag. It paid off, as Matt became a lawyer when he’s not patrolling the New York City streets. Even Jack’s death, a catalyst for Matt to become Daredevil, was the direct result of his desire to give Matt a good role model and, for once in his life, make the honorable choice.

An orphan himself, Bruce Wayne has filled a surrogate father role for multiple other orphans and wayward youths. Dick Grayson, Jason Todd, and Cassandra Cain among them. But he also had a biological son, Damian Wayne, with Talia al Ghul. Eventually, like the others, Damian takes on the role of Batman’s crime fighting sidekick Robin.

Okay, Batman may not be the greatest father in the world. The kids will never want for anything material, but he can be cold and distant and has some serious issues. And though he may empower them to achieve their full potential, he often places them in harm’s way. A couple haven’t exactly made it through alive, and none unscathed. Admittedly, that sounds like “Worst Dads List” kind of candidate. But he does let the kids play with cool toys and be superheroes. And how many of us had fantasies like that as kids? 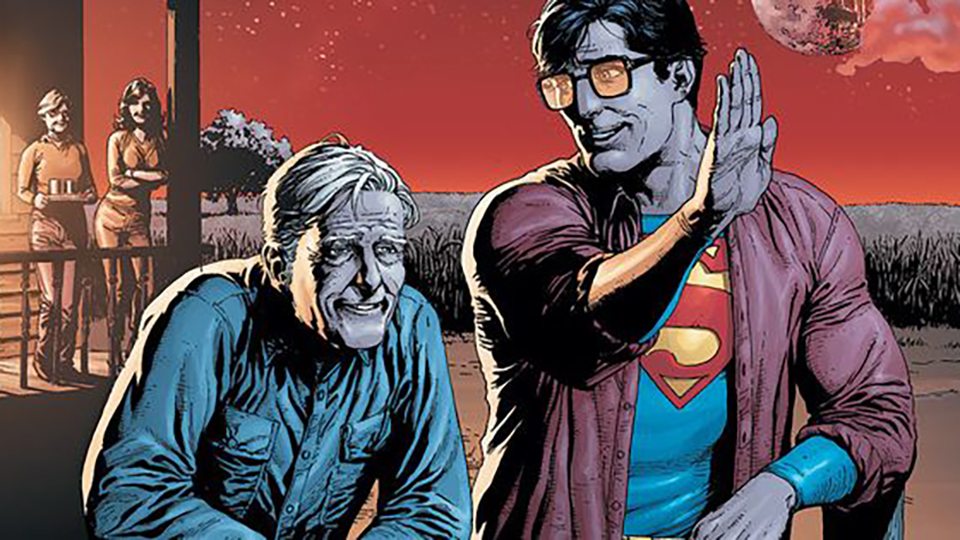 Superman inherited his powers from his biological father Kal-El (with an assist from Earth’s yellow sun). But it was his adopted parents in Kansas, Jonathan and Martha Kent, who shaped the man he became. They instilled in him a concrete sense of right and wrong. Their parenting set him on the path to use his powers to benefit humanity.

Pa Kent has such a huge influence on Superman that he appeared in nearly every version of the character. This includes the early comics, serials, various TV shows, movies, and more. His optimism, sound advice, and loving demeanor make him one of the best comic book dads ever put to paper. 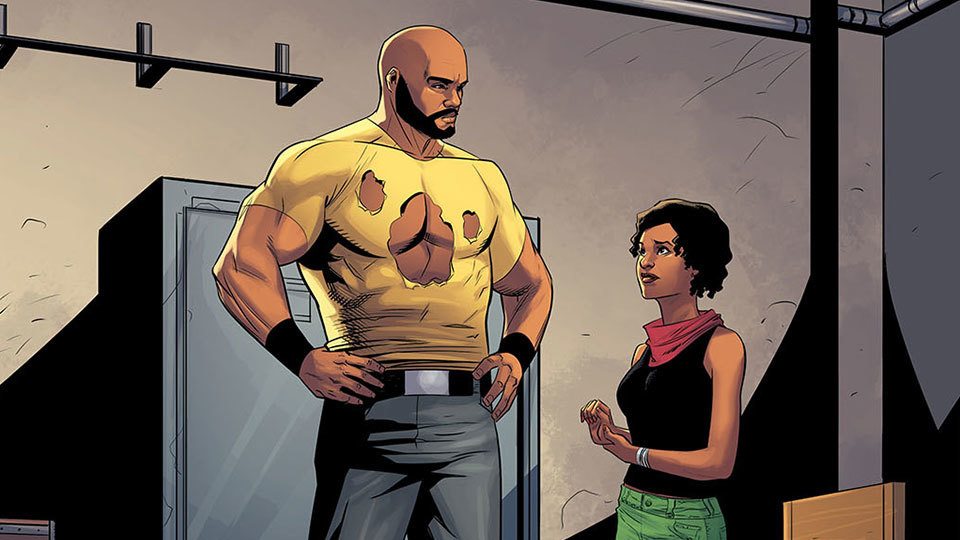 With bullet proof skin and super strength, Luke Cage is one of the toughest characters in the Marvel universe. But he’s also one of the best comic book dads. After having a daughter, Danielle, with fellow superhero and wife Jessica Jones, the street tough turned vigilante proved himself a dedicated, devoted father.

Balancing the demands of fatherhood and being a superhero isn’t easy. In fact, Luke has quit the Avengers on multiple occasions in order to spend more time with his family. He always goes back, often at Jessica’s request, but it shows where he’s at as a father. Though if you have to be a working parent, it’s nice to know your kids are in good hands. And with Squirrel Girl as her nanny, Danielle is more than looked after when dad’s at the office.

Charles Xavier is best known for playing the role of mentor to generations of young mutants. He’s guided the likes of Wolverine, Jean Grey, Cyclops, and countless other iconic comic heroes. In reality, he’d probably make our best comic book dads list based on that fact alone. His students rely on him for advice, assistance, emotional support, and similar fatherly reasons.

While he filled a father figure type of role for many, Professor X has a son of his own, Legion. Born to Charles and Gabrielle Haller, Legion suffers from a type of dissociative identity disorder. Each of his personalities controls one of his powers, which makes him incredibly powerful, but also incredibly unpredictable. This presents and difficult challenge for a father, even one as powerful as Professor X. And like his role with his students, things don’t always go smoothly. 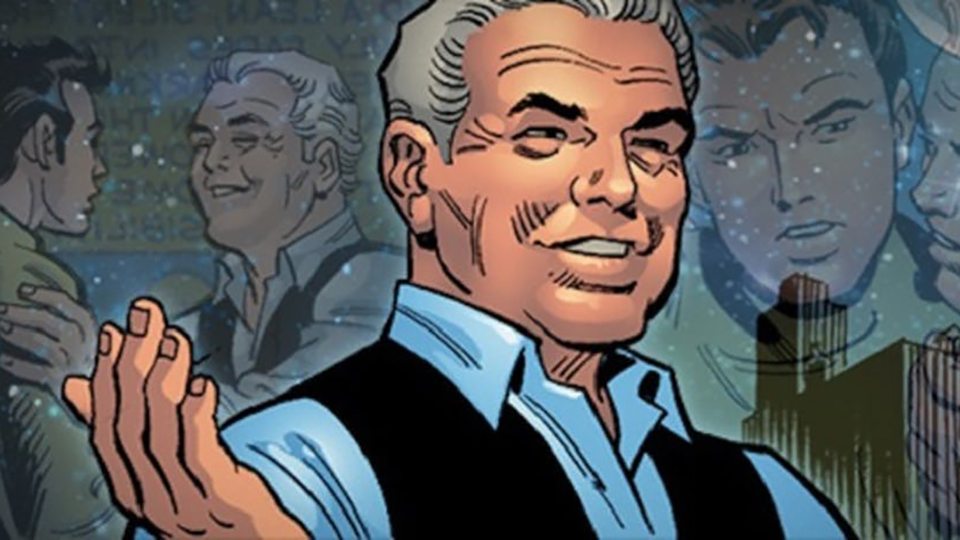 Again, Uncle Ben may not be Peter Parker’s biological father—hence the “Uncle” part of his name. But since Peter’s actual father was largely absent, Ben and Aunt May took the boy in and raised him as best they could. Few characters have died as many times as Uncle Ben on comic book pages. (Bruce Wayne’s parents are the other frontrunners in this regard.)

Again, it’s Uncle Ben’s death that has the greatest impact and drives home the iconic line, “With power comes great responsibility.” When a newly minted Spider-Man chooses not to stop a petty burglar, that criminal goes on to kill Uncle Ben and throw Peter’s life into upheaval. What Spidey becomes, and the moral code he follows, directly comes from his Uncle’s teachings.

Protecting your children is difficult in the best of times. But when civilization collapses and flesh-hungry zombies walk the Earth, things get even tougher. After waking up from a coma, however, that’s precisely the world in which former sheriff Rick Grimes finds himself.

It’s not enough that he imparts his son Carl (he also has a baby daughter named Judith) with a moral code and specific values. He has the undead, marauders of all stripes, post-apocalyptic despots, and Carl’s own fiercely independent streak to contend with. Complicating matters, he also serves as a father figure to a band of survivors. It’s not always easy—in fact, it’s never easy. Rick must make hard choices, and doesn’t always make the right ones. But parenting often entails making tough calls, and his ability to do so, and his desire to care for his family, makes Rick one of the best comic book dads around.