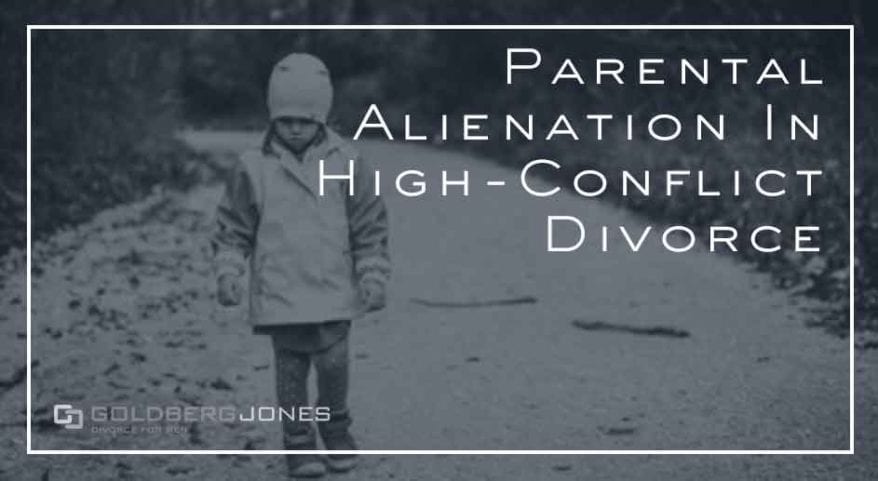 It’s not uncommon for people to pick sides in high-conflict divorce. The process often turns people against one another, especially in contentious cases where emotions run hot. Never easy, it’s exceedingly painful when it involves children in a phenomenon called parental alienation.

It’s much more complex than this, but during divorce, parental alienation serves as a blanket term for one parent turning a child against the other. It encompasses a wide range.

This may be one parent negatively influencing a child’s view of the other parent or even go as far as fabricated abuse allegations. Children can be aloof and withdrawn or outright hostile. This is often devastating to the targeted parent. Many also consider it emotional child abuse.

In divorce and custody cases, the court’s primary concern is the best interests of the child.

Parental alienation can figure into a case if the targeted parent shows that the alienating parent is willfully and intentionally interfering with the parent-child relationship.

The court doesn’t look favorably on this. Though it isn’t always an easy thing to prove, so it’s important to prepare.

Tactics for creating this distance and conflict vary.

If your ex has a history of interfering with your relationship, take steps to document this. Also, compile evidence of a healthy relationship with your child. If you can support claims that you’ve had a positive relationship in the past, it may help prove manipulation.

Showing a progression about how your relationship went from good to bad often helps cases. If you have the resources and opportunity, consider having an expert in parental alienation, a therapist or psychologist, testify on your behalf.

There’s a difference between a child being estranged from a parent and parental alienation.

Alienation is when a child rejects a parent based on unjustified reasons; when they refuse to see a loving parent.

A mental health professional must diagnose parental alienation, but it’s important to know what to look for in a child. The book Parental Alienation: Handbook for Mental Health and Legal Professionals generally serves as one of the standard texts on the subject.

Based solely on the child’s behavior, not the parents, parental alienation breaks down the symptoms into a number of criteria:

Parental alienation occurs when a child checks off both of these boxes and also displays two of the following behaviors:

With all of these variables in play, it’s easy to see why it’s up to professionals to diagnose parental alienation. These criteria are sound very abstract, but in a practical sense, this behavior dehumanizes one parent.

It creates a scenario where one parent is good and the other parent is bad. This can be a nightmare for a parent, to see a beloved child turned against them.