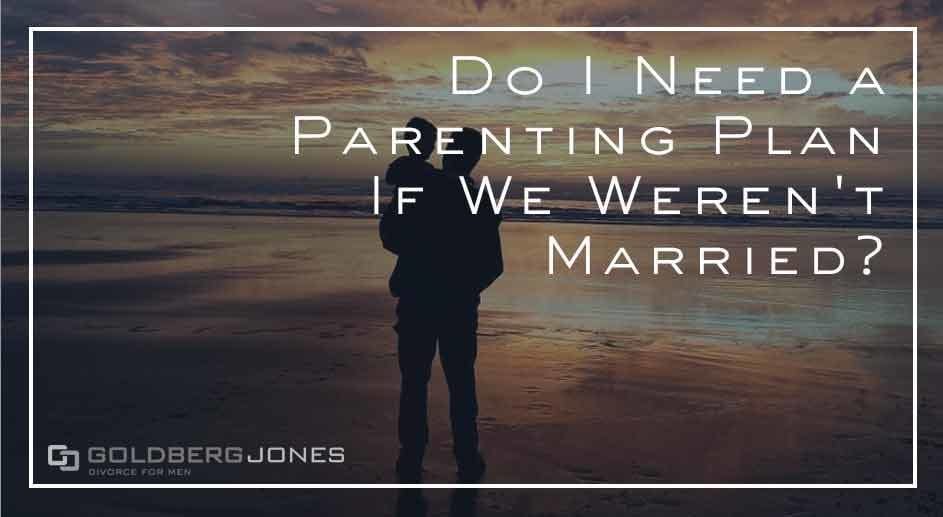 Custody battles are a common part of divorce. When parents split, a document called a parenting plan lays out where a child lives, which parent has decision-making powers, financial obligations, and much more. But what if you were never married? Do you still need a parenting plan?

Our founding partner, Rick Jones, makes regular appearances on the Danny Bonaduce and Sarah Morning Show. He answers listener questions and on a recent spot, one caller had this very topic on his mind. Does he need a parenting plan if he and his child’s mother never actually married?

Sarah: “You are married, or you’re not married?”

Danny: “He’s not married, he’s got a 3-year-old, and I looked at Rick Jones’s face, and there was an exclamation point on it, ‘yeah you need a parenting plan.'”

Rick: “Absolutely, the good news is, you’ve already probably signed a [declaration of paternity*] at the hospital, so the issue isn’t that you have to prove you’re the father, but once you separate, there’s nothing put in place, no schedule put in place. So there’s already a presumption that the child is remaining with the mother. So what you need to do, even by agreement, is to initiate a parenting plan that says, ‘Hey, just like two divorcing people, we have to have a rule book in place.’”

Danny: “Right, but it’d be, but essentially the same thing. Now, is it weighted for or against somebody who’s not married or is it the exact same thing? Like, you got a 3-year-old, and you have a 3-year-old.”

Rick: “The exact same thing. As in, whether you’re married or not.”

Caller: “Is it a different court that handles it, because it’s not a divorce, because you’re not married?”

Rick: “There’s really no such thing as divorce court. It’s all handled in the Superior court which is county-based here.”

Danny: “But if somebody just says, I wanna break up, grabs the 3-year-old, and moves to Wyoming, that’s when a lawyer will get involved for sure.”

Rick: “Well, they could try to do that and then, of course, someone here in [the state] would get the case filed immediately, and I wouldn’t want to be the person that high-tailed it to Wyoming because all of a sudden their credibility is shot.”

If you have questions about custody or divorce, contact Goldberg Jones at our San Diego office.
*A Declaration of Parentage is the document unmarried parents must sign that legally establishes who a child’s parents are.