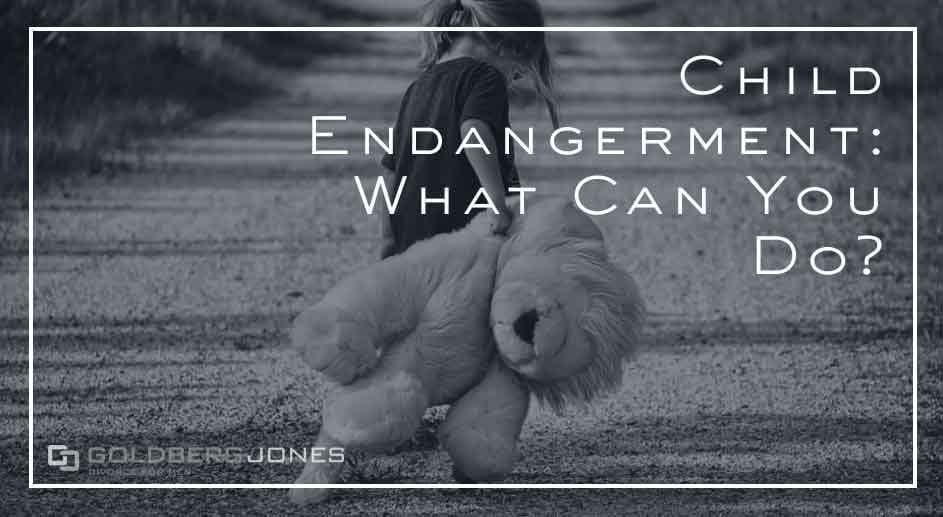 Children are the most vulnerable members of our society. They rely on adults for care and protection. It’s tragic when parents neglect them, and it also creates a tricky legal situation. When you see a case of child endangerment, what can you do?

Our founding partner, Rick Jones, regularly appears on the Danny Bonaduce and Sarah Morning Show, where he answers listeners’ family law questions. One recent caller found himself in just such a scenario and wondered what he can do to help?

Listen to the conversation below:

Caller: “This is a question regarding a friend. Quick backstory. I was called out to the friend of my wife to work on her furnace yesterday, and when I got there I couldn’t even get in the house. There’s a 6-year-old that lives in the house. There is no heat, I couldn’t count the number of beer bottles, and this has been an ongoing problem. The father has been trying to fight for custody but basically being told he doesn’t have a chance.”

Rick: “There’s always so much to a story, people end up finding each other for a reason as well. Here’s the key, what I’ve just heard are pieces of evidence. And so many times people jump to presumptions that a mother gets custody.  The laws themselves are written gender neutral and that’s certainly one of the things that our firm prides itself in is making sure we don’t have that presumption. We don’t start from that bad place so to speak.

“So the key is to be able to tell that story with evidence, with photos, with declarations, with witnesses–to be able to make that compelling, either to the court right up front in temporary orders. Or if temp orders go in favor of this person you’ve talked about, there’s still the ability to make that statement, make that argument, paint that picture to what’s called a Guardian Ad Litem. A GAL.

“And that’s something that takes a span of months to ultimately come up with a report back to the court of what they believe is in the best interest of the children. Tell your friend to make sure his attorney is aware of the GAL option, be able to put the time in, and don’t give up.

Danny: “And what about the beer bottles and stuff like that, should that be documented with photographs?”

Danny: “OK yeah get that man, that’s not a bad thing. I got a mental picture right away, but when you tell a judge, you go in there, he didn’t see it, but you say, ‘Well look at these pictures, your honor, that’s 200 beer bottles.’ That makes a jolt.”

If you have questions about child custody or other family law matters, contact Goldberg Jones at our San Diego office.

Related Reading:  What are the Guardian Ad Litem and the Minor’s Counsel?