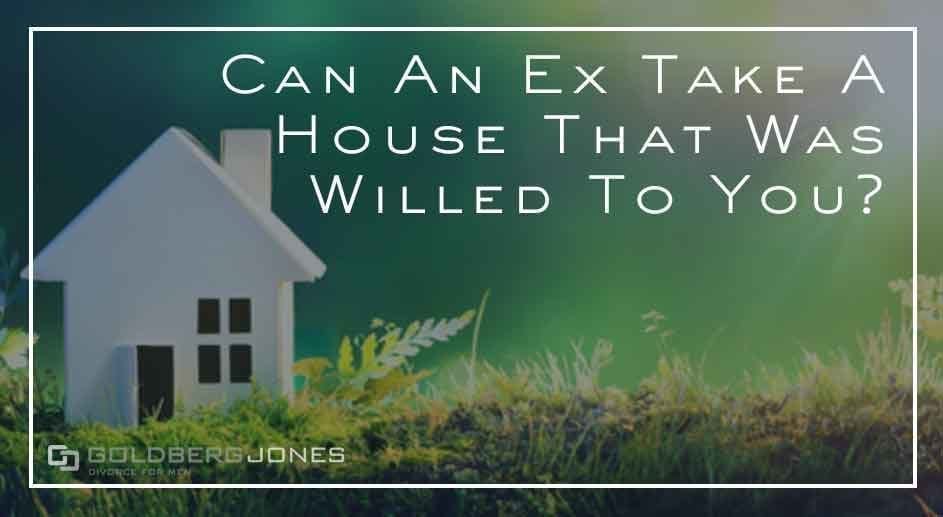 When it comes time to divorce, splitting up assets and property forms a huge part of the process, even when dealing with inheritance in divorce. California is a community property state, which means the courts generally view anything acquired during a marriage as belonging to both spouses.

Is inheritance considered community property in a divorce?

When one party inherits something, whether that be a house, a car, jewelry, money, or anything else, it remains that person’s separate property. As usual with the law, various outside factors can influence this, but in general, that’s how it goes. A question we field a lot: is inheritance considered community property?

One of our founding partners, Rick Jones, makes regular appearances on the Danny Bonaduce and Sarah Morning Show, where he answers listeners’ family law questions. One recent caller has a question about who gets a house in the divorce when it was willed to one particular person.

Caller: My sister and her husband are getting a divorce. They live in a house that was willed [to her] by our parents when they passed away. They were married at the time and lived in the house for 20 years. He’s been trying to bully her into giving him the house, saying that he’s the breadwinner and he’s entitled to it. More than half. She works as well, but is she entitled to any more than half, being that the house was willed to her?”

Rick: “Wow, there’s a couple things I hear in this already. First off, I chuckled when you said that he’s claiming that because he’s the breadwinner or income earner he deserves more. It’s actually flip flopped if anything.

There can be an issue with what’s called spousal maintenance, like the word alimony. If there is a difference of income, even without alimony, the court may look and believe that fairness is to divide it, other than 50/50, like 55/45 in favor of the lesser income person.

“If you want to call that a tie-breaker, the tie-breaker in your sister’s favor.”

Rick: “So I want to come back to the inheritance issue, and we’re going to talk separate property here as well.

“If they gave it to just sister, then that day, that was her separate property. 20 years is a long time to pass though. I don’t know if they refinanced if they’ve added on, all sorts of things that may have created some community inroads.”

Rick: “She’s going to have to go through the process of what’s called ‘tracing’ that inheritance, from its separate property roots to whether there’s any community inroads, and frankly, she’s in the driver’s seat again on this issue.”

Danny: “I saw your eyes light up when you said, is she going to get less because she doesn’t make as much money? No, my ex-wife made zero, I made 100, and guess who got 50? That’s just the way that goes.”

If you have questions about your case, please contact Goldberg Jones at our San Diego office.

Related Reading: Can I Move Out All His Stuff and Change the Locks?