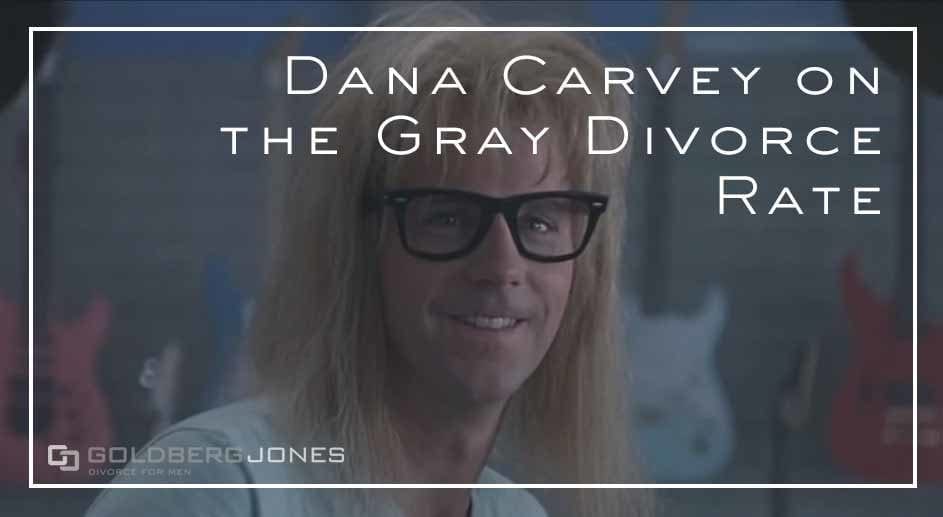 We’ve all heard, “It’s funny because it’s true,” or some variation of the saying. And that certainly goes for what comedian, actor, Saturday Night Live veteran, and overall comic treasure Dana Carvey has to say about the rise of gray divorce. It’s hilarious for sure, but also insightful and all too close to reality.

Check out our latest divorce meme to see what the comic has to say on the matter during a recent stand up special. 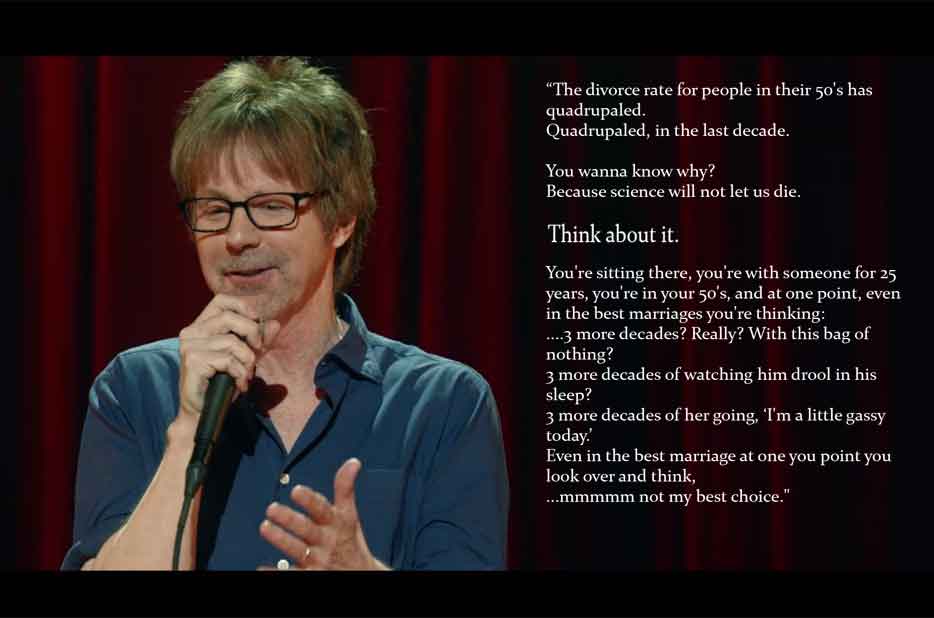 And he’s right. So-called gray divorce—divorce in couples aged 50 and over—is the fastest growing segment of the divorce population. While the overall divorce rate has declined steadily over the past few decades, it’s exploded in that demographic.

One of the big reasons often cited is, as we live longer, healthier lives, people are less inclined to settle and remain in unsatisfactory situations. Or as Dana Carvey puts it, “Science will not let us die.”

By this point, maybe your kids are grown and out of the house, living their lives and raising their own families. People also change and grow over the years and couples don’t always move on in the same direction. Thanks to advances in health and medical technology, at 50, many of us still have many years in front of us.

Gray divorce offers many benefits, the chance to live the life you’ve always wanted, and the opportunity to leave a situation you’re unhappy with. Still, it comes with its own specific concerns and potential hazards. It impacts taxes and in many cases, you have to start over, which can be overwhelming. Establishing a new household presents a harrowing task and dating again after years comes its own terrifying problems.

Divorce changes your taxes and has a huge influence on your retirement. It’s important to know how. You can lose significant chunks of pensions, 401(k)s, IRAs, and other funds you have squirreled away for retirement. It can impact Social Security, health coverage, and life insurance policies.

Divorce influences all of these areas and more at any age. But as you grow older and near retirement, the weight and significance become more pressing and immediate. You don’t have as much time to rebuild your finances and make sure you’re on sound footing. If you’re not careful, you may find yourself with fewer resources in retirement. You may even have to push back the age at which you retire in the first place.

Dana Carvey puts a hilarious spin on the notion of gray divorce. While it’s good to laugh, it’s also good to know what you’re getting into and to prepare for what lies ahead. These are just a few of many, many things to be aware of. With so much to look at, it’s probably in your best interest to consult an attorney or financial professional.

If you have questions about gray divorce or other family law issues, contact Goldberg Jones at our San Diego office.

Related Reading: Divorce or Legal Separation: Which is the Right Choice?