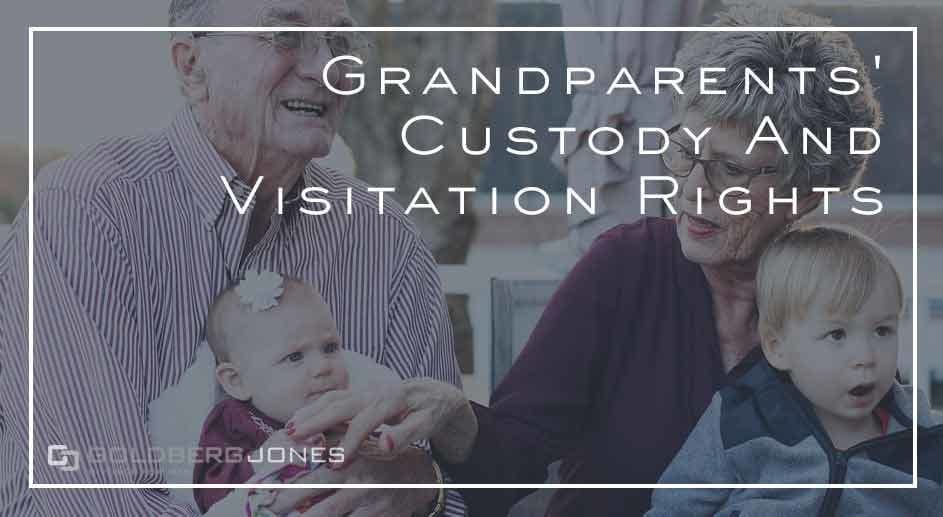 With blended families, step-siblings, adoption, same-sex couples, extended clans, and more, the notion of family means different things to different people. In most cases, parents play the largest role in raising children, but not always. Depending on the circumstances, grandparents may find themselves in the traditional parental role. This begs the question:

What visitation and child custody rights do grandparents have in California?

There are many reasons why grandparents play a large role in child-rearing. The older generation often steps in when parents battle mental health or substance abuse problems, or in cases of abuse or neglect. In single parent situations, they often provide much-needed child care. Sometimes this lasts for years. There are also cases where the grandparents are the only parental figure a child knows.

The law generally views having parents, preferably both, in a child’s life, even after divorce. As long as it doesn’t place the children in harm’s way. Statutes and regulations protect parental rights, for both biological and adoptive parents. However, they don’t necessarily extend to grandparents. There’s more to consider in these cases.

Legally speaking, a parent’s rights take precedence over any other parties pursuing child custody. Unless there are extenuating circumstances that negatively impact a child’s best interests, the court will likely award custody to one of the child’s parents. That’s the way it goes in most states, including California.

That said, there are situations where a third party, including grandparents, may file for child custody. In cases where parents are not fit for one reason or another, grandparents can petition the court for custody.

According to California Family Code Section 3040, if the court opts not to award custody to either parent, the next in line is:

“[T]he person or persons in whose home the child has been living in a wholesome and stable environment.”

According to recent census data, 2.7 million American grandparents are currently raising grandchildren. 39% of those have been doing so for five years or more. This often lends credence to child custody claims and strengthens a grandparent’s case.

While the law is a bit vague on grandparents and child custody, it’s more specific when it comes to visitation.

Again, from a legal perspective, parents’ rights have priority over those of the grandparents. That doesn’t mean there aren’t options.

Grandparents can file for “reasonable visitation” under certain circumstances. They must meet two criteria laid out by California state law. The court must:

2) Balance the best interest of the child in having visitation with a grandparent with the rights of the parents to make decisions about their child.

A case presented to the court must fulfill both of these requirements. The court will look at your relationship with the grandchild to determine whether it truly represents the child’s best interests. They seek to strike a balance between grandparents’ right to visitation and the parents’ rights to make decisions about their child’s life and upbringing.

This generally only applies to instances where a grandchild’s parents aren’t married. In most cases, grandparents can’t legally press for visitation if the parents are still together.

As is common in legal cases, there are occasional exceptions. These include:

Check off these boxes and the court may grant the grandparent visitation even if the child’s parents remain married. That said, just because you meet these conditions, doesn’t mean the court will grant your petition. Again, they weigh the child’s best interests before ruling.