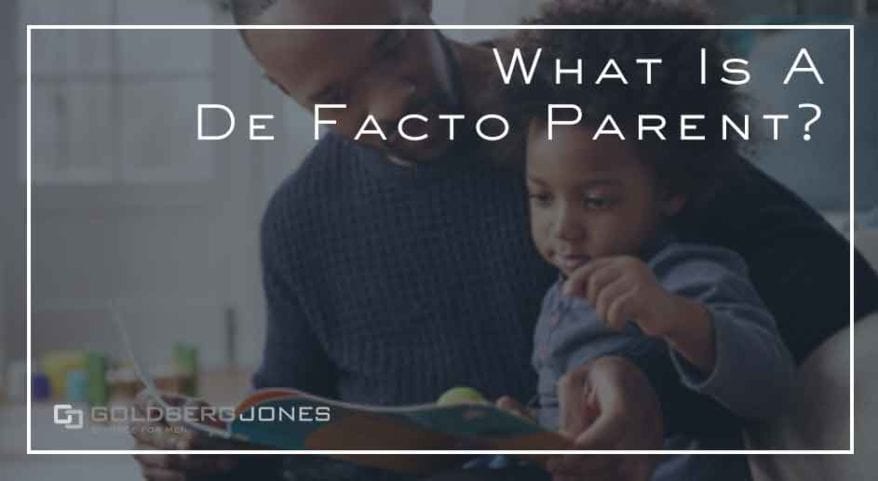 Often times the person or people caring for a child aren’t biological parents. In juvenile dependency cases, the court calls these individuals the de facto parent.

Most people think of a family as consisting of a mother, father, and a couple of kids. Maybe the dog shows up in the family portrait. That’s the image that often springs immediately to mind. But families come in all shapes, sizes, and varieties.

When it comes to child custody, the best interests of the children take precedence over other concerns. That’s the general overriding rule. In a majority of cases, the court considers remaining with a biological parent the best choice.

That’s not always an option, however. A biological parent usually has the inside track, but in situations where the child’s well-being is in question, a de facto parent may assume custody.

Related Reading: 5 Missteps That Can Hurt Your Custody Case

“[A] person who has been found by the court to have assumed, on a day-to-day basis, the role of parent, fulfilling both the child’s physical and psychological needs for care and affection, and who has assumed that role for a substantial period.”

The most common conditions where the court names a de facto parent are in cases of abuse, abandonment, and neglect.

Essentially, when a parent isn’t meeting a minor child’s needs or places them in harm’s way. Courts may also relocate children if parents are involved in criminal activity or are otherwise potentially hazardous situations.

In these cases, a non-biologically related adult may step in. This is often a stepparent, an extended relation, or another grown-up. If you’ve been caring for a child, the court may allow you to continue this role. There are, however, conditions to meet.

According to California law, a person can become a de facto parent if:

When making such a decision, the court weighs a number of variables. Whether or not a child and adult share a psychological bond, if the adult has acted as a parent on a day-to-day basis, if the adult has information about the child that aids the court and attends juvenile hearings regularly; all of these factor into the ruling.

Caring for a child obviously comes with a great deal of responsibility. But if a judge rules that you’re a fit, this also confers certain rights.

As a de facto parent, California law permits you:

Outside of providing the usual routine care for a child, being deemed a de facto parent essentially allows you to participate in any official proceedings that directly impact that child.

Related Reading: Third-Party Custody When One Parent is Unfit

As with most legal matters, becoming a de facto parent is a process. You must fill out a De Facto Parent Request form. This asks for all of your relevant contact information and explicitly states your intentions.

Additionally, you must fill out and submit a De Facto Parent Statement. This offers you the opportunity to state your case. You layout your argument for custody and list everything you’ve done for the child in question.

Your application should include information about your relationship with the child:

You can also attach letters of reference from people who know both you and the child and can attest to your relationship. Though this is an optional step, most experts recommend following this course of action. These letters may be from a doctor, therapist, caseworker, church leader, teacher, or another individual with knowledge of the situation.

The judge takes all of this into account and decides whether or not naming you the de facto parent is indeed in the child’s best interest. If your application fits the criteria, and it truly benefits the child, the court may sign off.