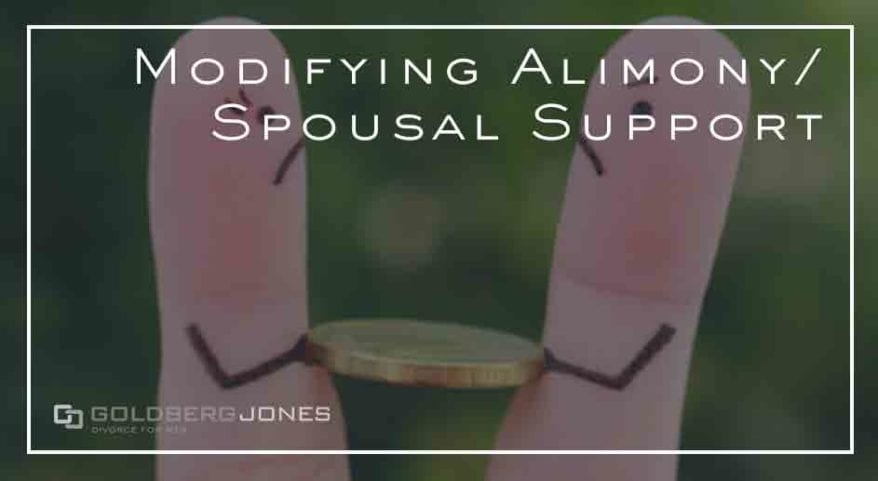 UPDATE: The sweeping new tax plan Congress passed at the end of 2017 impacted almost everyone. This included changes to divorce settlements, specifically those involving spousal support.

At the same time, the recipient will no longer have to pay taxes on this amount. As it currently stands, the opposite is true. This will very likely impact the way people negotiate divorce settlements.

Many estimate spousal support payments could drop as much as 10% to 15%.

However, this large change in spousal support taxation policy will not apply to existing divorce orders (those entered prior to January 1, 2019). These orders, so long as not later modified, will be grandfathered in at the prior tax policy.

It is important to note that any Modification after December 31, 2018, to a pre-existing court order re spousal support will be subject to the new laws.

So, if you have an order in place before January 1st 2019, the old regulations still apply. If you modify the order after January 1st 2019 takes effect, you’re subject to the new rules.

ORIGINAL POST: Huffington Post ran an interesting article this week about the divorce laws in Florida. The short summary is be glad that you are not getting a divorce in Florida. Between old school judges, indefinite alimony agreements, and orders to keep paying alimony even after you’ve lost your job, Florida does not sound like a good place to be divorced.

“Ninety-seven percent of alimony payers are men. In rare cases in Florida, when women are ordered to pay alimony, it’s invariably short-term.

Walking papers in hand, laid-off workers must return to divorce court, plead for relief in their alimony payments, and hope against hope that it’s coming. It helps to show up with a lawyer, and it helps to expect the worst. A judge told a petitioner several years ago that he should have been saving money for alimony in case he lost his job.

For him and other payers, there is no automatic end to or reduction in alimony, even at retirement, even when the payer is disabled or retirement is required, as with airline pilots. Couples divide marital assets, including pensions–or judges divide them, often giving women more than half–and the payer is expected to work forever or use his assets to pay alimony, even though the ex has gotten her fair share.”

One advantage that we have in California is that the law is slightly more balanced between the sexes. There is not “the prevailing attitude is that men are sugar daddies and women are helpless.” Also, it is almost unheard of to see alimony payments that extend indefinitely.

In fact, the statute that governs calculating alimony has the stated goal “that the supported party shall be self-supporting within a reasonable period of time.” Nevertheless, the number of women that receive alimony payments far exceed the number of men.

The biggest mistake that we see with men and alimony is not taking corrective action when your financial situation has changed.

you have the right to petition the court to adjust your payments. It is a relatively easy process and if you have all your updated financial documents together we can put together a petition in a brief time.

However, the court won’t do it retroactively, as soon as you’ve had a change you need to be in court asking for an alimony modification. Too many men come into our office after months of being unemployed asking for help and unfortunately, our options are limited.