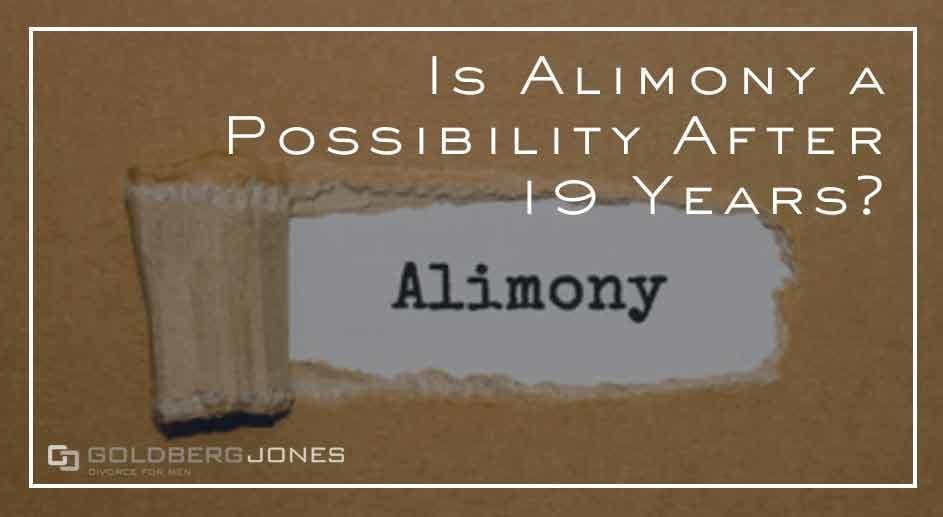 Divorce gets complicated. That’s no secret to anyone. Custody, the division of property, jurisdiction, you may be in for some surprises where you least suspect. Spousal support, commonly called alimony, often comes into play. We recently heard an interesting question in this realm. Is alimony a possibility after 19 years of separation?

One of our founding partners, Rick Jones, makes regular appearances on the Danny Bonaduce and Sarah Morning Show, where he addresses listeners’ family law concerns. A recent caller finds herself in just this situation. It’s an intriguing one for sure, one with many factors that influence the answer.

Get the specifics below:

Caller: “My boyfriend and I have been together for 19 years and we are both still married to our spouses. That’s a whole different thing.  We’ve recently decided since our kids are over 18, to get divorced. [My ex] wasn’t a problem. His wife, she’s a real pain in the butt. After all this time, she’s throttling on signing the papers, and she’s making squawking noises about alimony.

“Is alimony a possibility after 19 years of separation?”

Rick: “Has he been paying her anything than some dollars earmarked for the children in this period of time?”

Rick: “OK, then that’s extremely unrealistic.  There’s never a rule of number of years, etc, but what I will tell you is that ‘the test,’ the standard for alimony is the ‘need’ versus the ‘ability to pay.’  The first thing they would do is address a need, and the fact that money hasn’t been coming in for 19 years seems to indicate a lack of need to me.

“It would be an absurd argument for her to make.”

Danny: “So basically, if she makes a certain argument the judge will recognize that as an absurd argument?”

If you have questions about your case or need to speak to a divorce lawyer, contact Goldberg Jones. Our San Diego office is here to help.