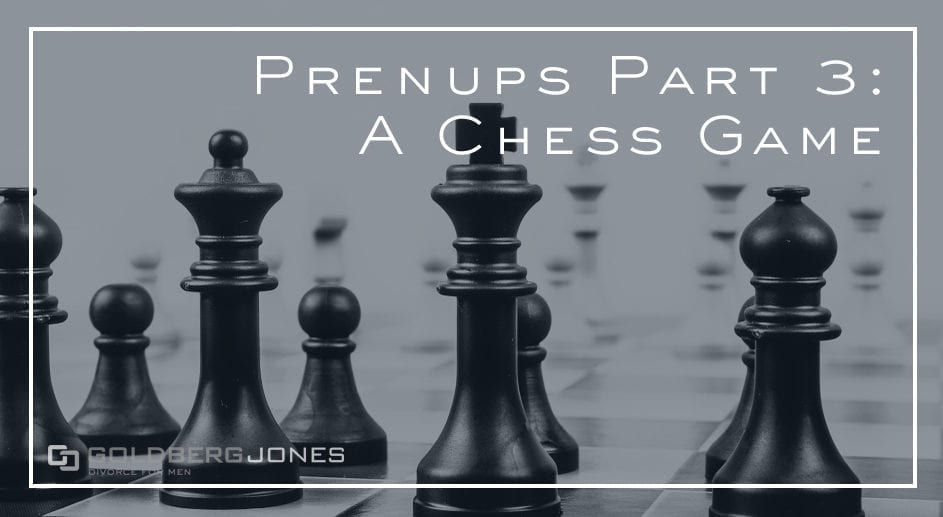 Most people think of prenuptial agreements as something only the super wealthy need to worry about. That, however, isn’t always true. Normal, average, everyday folks often use them or at the very least can benefit from their application. But what happens when you sign a prenup only for your spouse to have a change of heart?

Our founding partner, Rick Jones, makes regular appearances on the Danny Bonaduce and Sarah Morning Show, where he answers family law questions from listeners. The topic of prenups has come up quite a bit recently, and this is the third distinct scenario a listener has brought up on the air.

A caller recently married. He and his wife signed a prenup. Three months down the line, she changed her mind and had a lawyer draw up a post-nuptial agreement that effectively counteracts the original contract. What can he do? What are his options? And why is it a bit of a chess game?

Related Reading: The Awkward Conversation of Asking for a Prenup

Caller: “My wife and I recently got married. We set up a prenup but now she doesn’t want to recognize it. She’s actually had her attorney draft up a ‘post prenup‘ [called a ‘post-nuptial agreement’] which doesn’t agree with the prenup.  I don’t know if I should sign it or just get an annulment. It’s been less than 90 days.”

Danny: “So there is a prenup? That she signed?”

Rick: “Well the question is really, ‘What is she going to do if you say no?’  So, your position could be, ‘No, we have a deal, and a deal is a deal.’ Obviously, she’s either going to say, ‘Okay I tried,’ or she’s going to say, ‘Well then I want out.’

“So ultimately, this is the chess game, and she’s moved the pawn, so to speak.”

Danny: “Now here’s where I find out one of the many many reasons Rick Jones is smarter than I, because I think, any girl or guy, whatever, who says, ‘I’m going to leave over a prenup you signed three months ago,’ you might be all right without that human being.” [Background laughter.]

Sarah: “It does seem a little bit strange.”

Danny: “If she, if they both went to lawyers, and it worked out just the way you said it would, that’s binding, right, she can’t just change her mind?”

Rick: “Well it exists right now, it ultimately is going to be binding yeah.”

If you have questions about your case or need to speak to a divorce lawyer, contact Goldberg Jones. Our San Diego office is here to help!