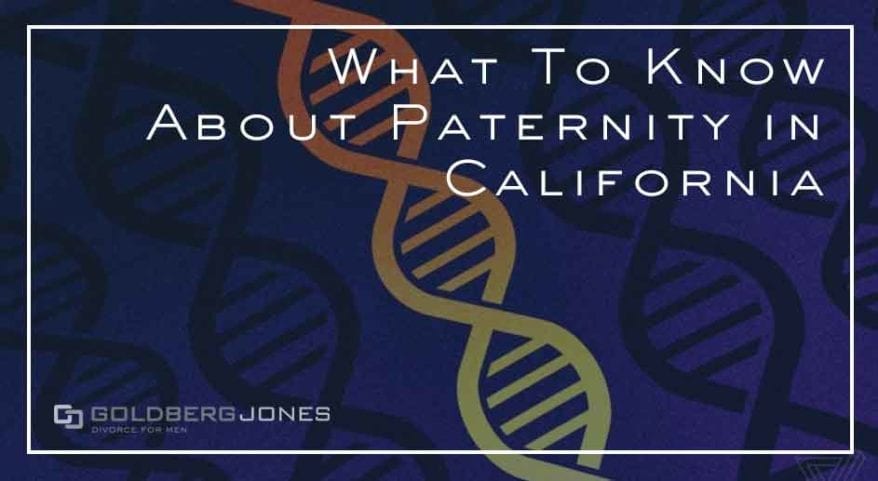 What things should you know about paternity in California?

Did you know that Maury Povich used to be one of the most respected newsmen in the country? Seriously, look it up. He even brought respectability to one of the very first tabloid news shows that launched in the mid 1980’s called “A Current Affair”. He’s been married to Connie Chung, who was the first woman to host a network evening newscast full time, for over 30 years.

How Did He Become The Emperor of Paternity Scandals?

You may be wondering how he devolved into the evil-Mr. Rogers-looking, “Who’s Your Daddy?” guy. We were.

The short answer is money and career longevity but the reality is more nuanced than that. Povich’s colleague Jerry Springer has a well known scandal story from his time as a Cincinnati politician that put him on the path to hosting his show but Povich comes across as squeaky clean next to him.

The reality is that he found a niche and used it to build the popularity of his show which is still going after 25 years. I can’t speak for everyone in the firm but I’ve never actually watched the show myself, although I’ve seen plenty of clips of it on “The Soup” and its predecessor, “Talk Soup” over the years.

As best we can tell, determination of paternity was the magic formula that brought this program viewers and a longevity rarely seen in any television program.

We think it’s is safe to say that paternity is an issue of great relevance to the general population.

If you find yourself in the middle of a divorce and your ex is wanting you to pay child support for a child who may not actually be yours, there’s a reasonably easy solution; Get a paternity test. You either are or you aren’t.

If you believe that you ARE the father or that you’ve earned that distinction by putting in the time with a child who isn’t biologically yours, it may be more difficult.

A “voluntary Declaration of Paternity” is a California governmental form that, when signed by both parents, establishes them as the legal parents of the child.

The form must be signed voluntarily and no one can force either the father or the mother to sign it.

The purpose of the Declaration of Paternity is to officially and legally establish who the father of the child is when the mother and father are not married to each other.

A properly signed Declaration of Paternity has the same effect as a court order establishing paternity for the child, without anyone having to go to court. Once the declaration is signed, the form must be filed with the California Department of Child Support Services Paternity Opportunity Program (POP) in order to be effective.

If you believe that you are indeed the father but you did not utilize the Voluntary Declaration of Paternity form solution, we’re back to the genetic (DNA) test solution.

The scientific answer will be very straightforward but the first hurdle will be getting your ex to cooperate.

It’s pretty likely that if she knows you are the father and she’s willing to pull a shady stunt like claiming you aren’t, she’s likely willing to employ other dishonest tactics. Remember, in the legal system it’s far less about what’s true than it’s about what can be proven. Once it has been proven, they will likely try to caste you as “not fit or worthy of custody”. This is where you need us, your friendly and diligent divorce attorneys.

One of the key things to remember is that if you were not married when the child was born, there is not a legally recognized father until parentage is established.

We should also note that the court will not recognize any DNA testing performed by private organizations, in private or at home. They’ll tell you how to go about it when the time comes.

For those of you who truly aren’t the biological father but who have been performing the duties associated with the title and wish to continue doing so, let us introduce the term, “parentage by estoppel” to you.

What that means is that you have welcomed the child into your home and raised and treated them as though they are truly your own. In cases of parentage by estoppel, the court can find that you are the child’s legal father even if you do not share DNA with them. Chances are that if you have loved and parented a child as if they are your own, you’re well positioned to utilize this legal provision.

The Alliance for Non-Custodial Parents Rights (ANCPR) has stated:

“Fathers are routinely discriminated against in family court, (by) the district attorney, and the office of child support enforcement. Parenting includes much more than writing a check once a month. The best interest of the child is served most effectively by shared parenting. It is the position of ANCPR that father’s rights (are) actually a subset of the broader issue of parents rights, or parental rights. Yet courts all across the nation continue to ignore the importance of fathers in family court.”

Did you know that CA law actually favors joint legal custody of children because it encourages both parents to be involved in their children’s lives and the decision making that comes with raising and parenting a child?

We’ll wrap this up by urging you to be a part of your child’s life. As shown in this post, there are many ways to go about retaining your rights as a parent even if the child is not yours biologically. Despite the perception that the law and courts are not on your side, the State of California has the best interests of your child at heart and they have the ability to be a great ally to you.