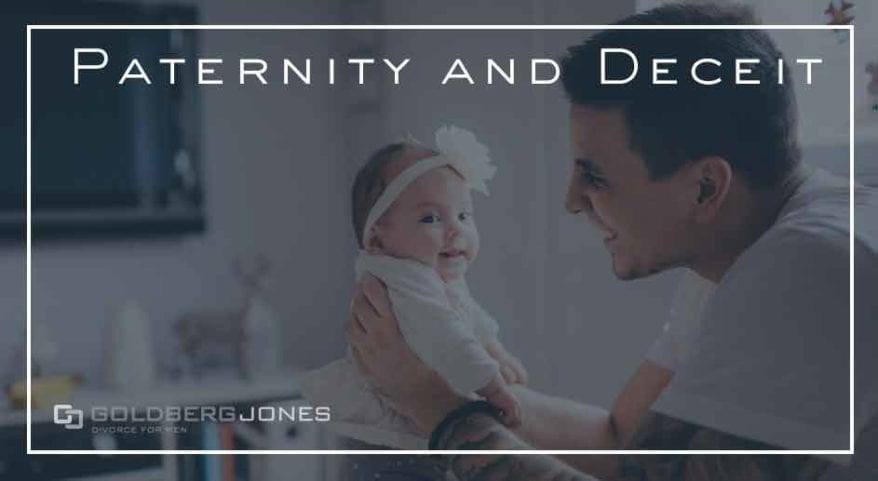 A news story out of England highlights one man’s custody nightmare. After 14 years of marriage, Richard Rodwell and his wife Helen divorced. She was awarded full custody and Mr. Rodwell was ordered to pay  £300 (around $440 U.S. dollars) a month.

Rodwell was an involved father—he was present for both of the children’s birth, attended milestone events, and fostered a relationship with the kids until the divorce in 2004. After 4 years of paying support (totaling more than 23,000 U.S. dollars), Rodwell received devastating news.

Following the divorce, Rodwell began to hear whispers and rumors about his ex-wife’s infidelity during their marriage and the lack of resemblance between Rodwell and his daughter.

With reports of an alleged affair, Rodwell requested a DNA test to determine paternity of his two children. Rodwell was in fact not the biological father of either child and to add insult to injury, the children did not share the same father.

After learning that the children he raised as his own were actually the biological offspring of other men Rodwell was shattered, but the ordeal wasn’t over.

The two children that he had raised and loved ceased contact and voiced anger toward Rodwell. His daughter went so far as to post a message on Facebook stating ‘I hate you so much, I reali [sic] loved you so when you called me your little angel I take it you was just saying it and you start all that after 16 years you have ruined mine and Adams life I hope your happy for what you have put us through!!’

Rodwell sued his former wife for deceit and was awarded nearly $40,000. The award covered the child support he had paid and also compensation for bereavement.

Rodwell was quoted as saying “It’s like a bereavement because I have lost the children that I believed were mine. I treated them both as if they were my own. I was there at their births, went to their nativity plays and helped them with school homework.”

The judge presiding over the case factored the high level of the deceit into his decision as well as the lack of ability to have future children. Rodwell has remarried, but his current wife is past childbearing age.

In addition to the monetary compensation, he was granted a court order forcing his ex-wife to move out of the marital home.

According to an article from BBC news, it is estimated that as many as 1 in 25 fathers are unknowingly raising children that are biologically another mans according to a study by the Liverpool John Moores University. Given these numbers it is not surprising that DNA testing is on the rise, Entrepreneur Magazine has even dubbed DNA testing a growth market that has exploded.

DNA testing can be a doubled edged sword, as Rodwell found out. The test confirmed his suspicion of his ex-wife’s infidelity, but the outcome of that discovery has been devastating.

If you have reason to believe that you might not be the biological father of your children seek professional assistance. Dealing with the emotion and legal challenges associated with paternity and custody can be overwhelming and having knowledgeable and experienced guide will be invaluable.