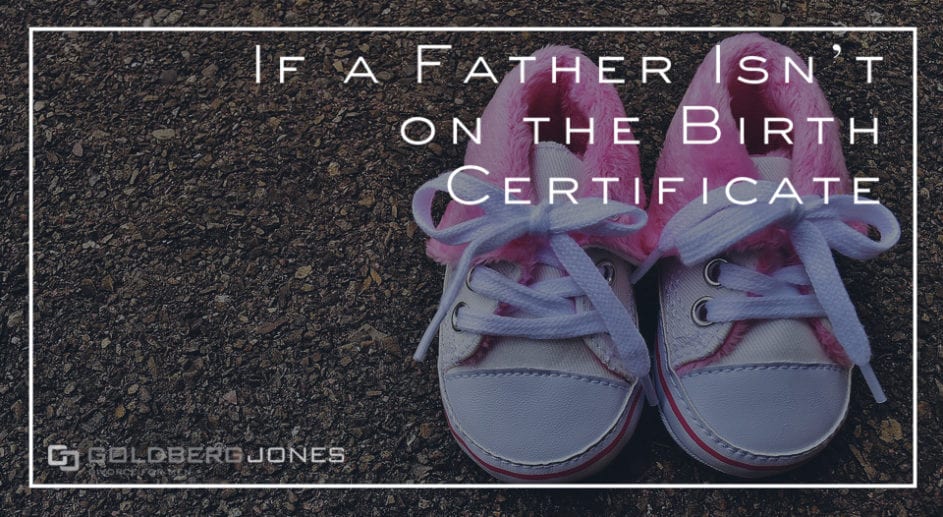 Fathers have certain parental rights. But only if paternity has been established, which isn’t always as easy as it sounds. Especially if the parents were never married. But what happens if the father isn’t on the birth certificate? What issues are there to deal with?

You don’t have legal rights as an unmarried father without a DNA test or a Paternity Affidavit.

Unless proven otherwise, the state presumes a child born during a marriage to be the biological offspring of those people. Unmarried fathers can sign a Paternity Affidavit, which acknowledges he is the legal parent and can then be added to the birth certificate. This usually happens at the time of birth. The courts can also rule on paternity with DNA testing. It gets complicated fast.

Caller: “I have a six-year-old son from a previous relationship and I just got married. My son’s father is not on the birth certificate. I’m wondering if something horrible should happen to me, what would happen to my son? Would he becomes my husband’s… would my husband get custody?”

Rick: “And there’s been no adoption, correct?”

Caller: “Not really [in any way] that amounts to anything. He sees him every once in a while. Maybe every six weeks.”

Rick: “Is there a child support obligation?“

Rick: “And I assume there was no, what’s called a ‘paternity affidavit’ signed at the hospital when your child is born?”

Caller: “There was not.”

Rick: “Well you’ve got an interesting one.  There certainly is no ‘automatic default’ to your husband. So if you really want to make sure you button this up, you may reach out to the biological father and propose an adoption. And the reason why that may be a benefit to him too–that you may be able to get this agreement–is you’re basically saying, ‘That’s going to take you off the hook for any argument of child support going forward. So it’s your quid-pro-quo in terms of the deal.’

“That’s what I would really recommend. If there’s an adoption, your current husband steps in with the same rights as the biological father would have had.“

Danny: “Hey, let me ask you one quick question. The ex, the biological father, is he a decent guy? Is he a stand-up guy?“

Danny: “Well then let me tell you right now, what’s gonna happen is he’s going to blackmail you. ‘You want me to sign anything? $1,000. You want me to do anything? $5,000.’ I’m telling you, your ex is no good, and he’s the biological father of your kid, not seeing him once every six months, I’m saying, get your lawyer. You need a lawyer because this guy’s going to give you trouble.”

Rick: “You know, I’m going to double up on that Danny. You’re 100% right. And because you recognize that leverage he could use, exert the leverage on your own first. Meaning, your step is to go seek child support.”

Danny: “Yes! And then he’ll do this, ‘This is blackmail! You cancel child support and I’ll sign the thing.’“

Related Reading: Paternity Fraud: What You Need to Know