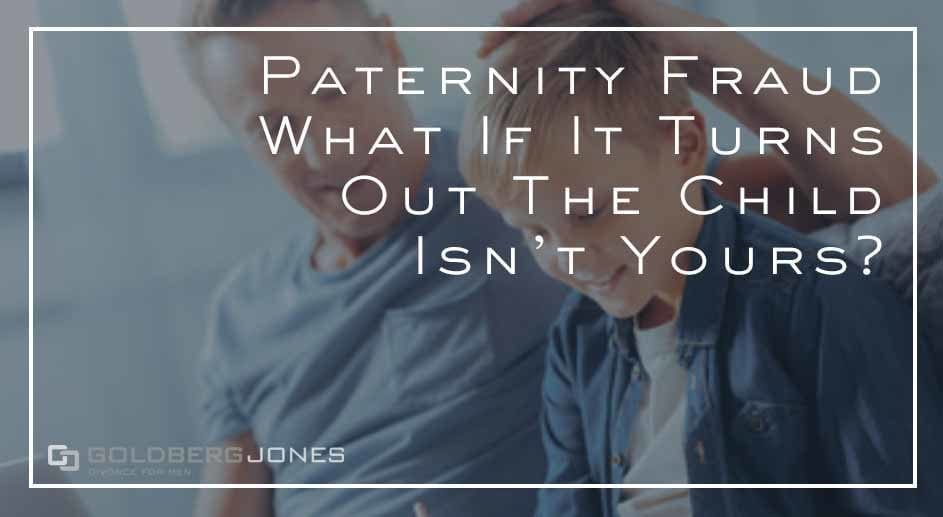 We love our children. For many of us, they form the center of our universes. That’ss a big reason why custody disputes are so often heated, complicated, contentious affairs. In these cases, there is guardianship to determine, visitation schedules to arrange, child support payments to make, and more.

But what if the child isn’t yours?

That may throw your whole worldview into upheaval, not to mention lead to thorny legal territory. Paternity is a big issue in these cases.

While not common, sometimes a man winds up supporting a child he thought was his, but that wasn’t actually his biological offspring. In a recent case in Georgia, a man who paid child support for more than a decade received a large settlement from the birth mother and biological father.

This is a rarity, however. In many similar cases of paternity fraud, courts do not dole out such restitution.

On a dictionary definition level, paternity is the state of being a father. In California, the term is often used interchangeably with parental relationship and parentage. Either the courts or the parents can establish paternity in a number of ways.

The easiest and most straightforward method to establish paternity is voluntarily.

If the parents are not married when a child is born, the mother and father sign a form, a Voluntary Declaration of Paternity This acknowledges that they are in fact the legal parents. The father can then be added to the child’s birth certificate.

Paternity can also be established through the court system. In California, the child’s mother, the man who believes he is the father, an adoption agency, or an organization providing support for the mother, can all request that the court rule on paternity.

Unless proven otherwise, when a child is born during a marriage, the mother’s husband is assumed to be the biological father.

If a man lives with the mother and child as a family, and he has shown a dedication and connection to the child, he may also be presumed to be the father.

Basically, if a man acts like a father, even if he is not the biological parent, he may still be recognized as such in a legal sense.

It’s after this where things get even more complicated. In California, either party may rescind a declaration of paternity within the first 60 days. If there is a question of parentage, it is possible to undergo a DNA test to determine whether a man is, in fact, the father.

This, however, comes with a statute of limitations. In this state, you have two years to file a motion for genetic tests after paternity has been pronounced.

In some circumstances, even if a man undergoes these tests and it is determined he is not the biological father, the court may decide it is in the child’s best interest to deny this declaration.

In making a decision like this, the judge will take a number of factors into account, including:

It’s because of this that many men often continue to support children they know for a fact are not genetically theirs.

Related Reading: Six Back to School Tips for Divorced Dads

There is another side to this coin, however. Much of this presumes that, when a man discovers he is the victim of paternity fraud, he may want out. That he may want nothing to do with continuing to care for this child.

But that is not always the case. In some situations, the bond is strong enough that he may want to remain a part of the child’s life.

Especially in instances where a man has been acting as the father for a long time, even if he is not necessarily the genetic parent, he can still retain parental rights. Regardless of whether or not you are related by blood, it is possible to develop deep, fatherly feelings for a child. These don’t automatically go away because of a DNA test.

If you’ve been a child’s father since day one, looking at a result on a piece of paper doesn’t magically change the bond you share.

Additionally, cases of mistaken paternity, whether accidental or intentional, can exact a substantial toll on the children involved, not just the parents. It can be psychologically damaging to learn that the person you looked at as your father is not actually related to you.

Again, that doesn’t necessarily diminish any connection, but it can be quite a shock and disruption. This can be further influenced by the age of the child and whether or not the father remains in the picture.

Without clear family histories, children are also open to additional health risks. There is the potential for hereditary diseases to manifest when no one is looking. It’s possible for ailments to be passed down, but because it’s not in the disclosed medical records, symptoms may fly under the radar.

In one case, there were reports where a six-year-old boy was fishing with the man he thought was his father. He cut himself on a rusty fishhook. When they went to the hospital he was given antibiotics and died from anaphylactic shock. It turns out that his biological father had a severe allergy that he passed on, unbeknownst to the other man, and the results were tragic.

That is obviously an extreme example, but it illustrates the significant consequences this kind of deception can have. Such situations won’t always be life and death, but the results can have catastrophic consequences for everyone involved.

There are ways to protect yourself from paternity fraud. Some are even pushing for mandatory DNA tests at birth.