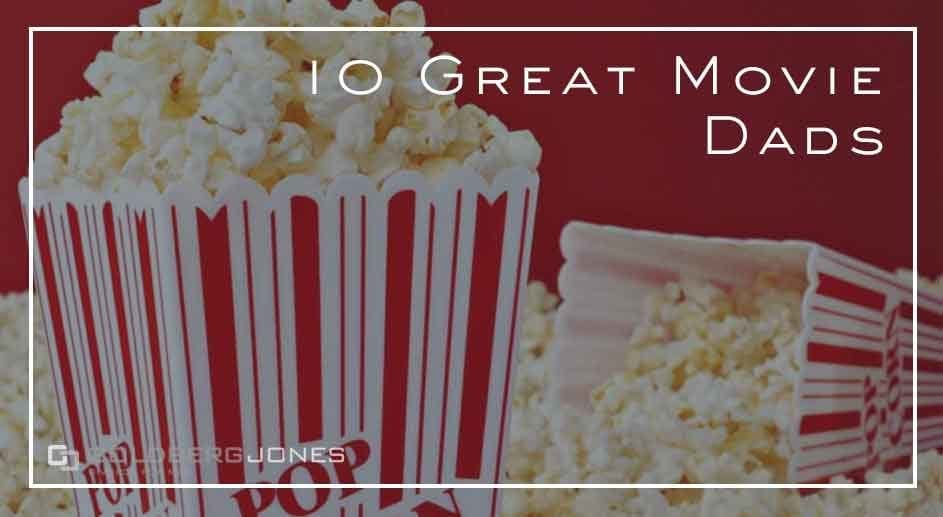 Father’s Day is upon us once again, the holiday where we celebrate dads and everything they do for us. There are countless ways to mark the occasion. It’s almost officially summer, the weather’s getting better day-to-day, and barbecues and baseball games are classic ways to spend a sunny afternoon. But one of our most cherished Father’s Day traditions is watching movies with the old man. (Or with the kids if you’re the old man.) With that in mind, here are some of our all-time favorite movie dads. 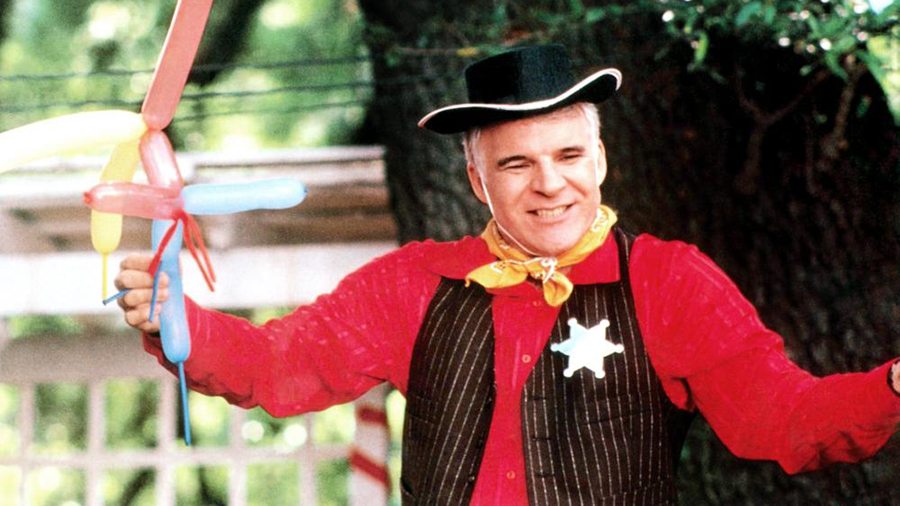 Fatherhood is a chaotic juggling act where you’re an entertainer, a disciplinarian, a therapist, a hotel concierge, and wear a thousand other hats as the situation demands. Few accomplish this with dedication and energy of Steve Martin’s Gil Buckman in Parenthood. And few movies better captures the terror, heartache, and sheer joy of being a father as Gil deals with an unexpected pregnancy, financial issues, his son’s emotional problems, a troubled relationship with his own father, and his daughter dating 1980s Keanu Reeves.

Sure, Bruce Willis’ John McClane doesn’t get a ton of face time with his kids. That happens when they live on one coast and you live on the other. He doesn’t even get to see them all that much during Die Hard. But the whole premise of the movie is that he just wants to spend Christmas with his family. Only his plans get derailed when a crew of international thieves shows up and he has to save the day. Everything he does, from swinging off the top of Nakatomi Plaza to walking across broken glass, he does because he wants to see his family. That’s dedication.

Your dad may be pretty cool, but odds are he’s not cooler than Indiana Jones’ father. Not only does James Bond himself, Sean Connery, play Henry Jones Sr., but he gets to hang out with Indy, go on adventures, fight Nazis, travel the world, and find the Holy Grail. Sure, he wasn’t always the greatest dad and wasn’t always there for Junior in his younger days, but as far as epic stories go, that’s hard to top. With his charm, charisma, and roguish sense of humor, it’s easy to see that Indy and his dad aren’t so different. 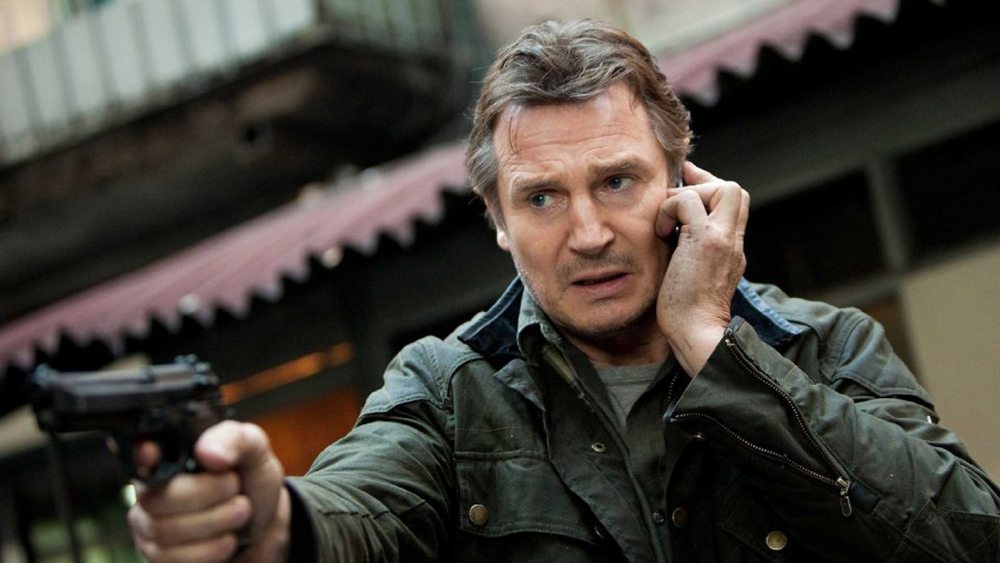 Admittedly, Liam Neeson’s Bryan Mills hasn’t always been the best father to his daughter, Kim. Work took him all around the world for long stretches and he’s not super involved with her life. He tries to make amends and be a presence as she hits her teens, but when Kim gets kidnapped on a trip to Paris, he does have that particular set of skills that comes in handy. This primarily includes tracking kidnapping victims and pummeling bad guys. In this situation, however, those are important talents for a father to have. Does it make up for all of their father-daughter problems? No, but at least they have starting place, and two more movies to work on their issues. 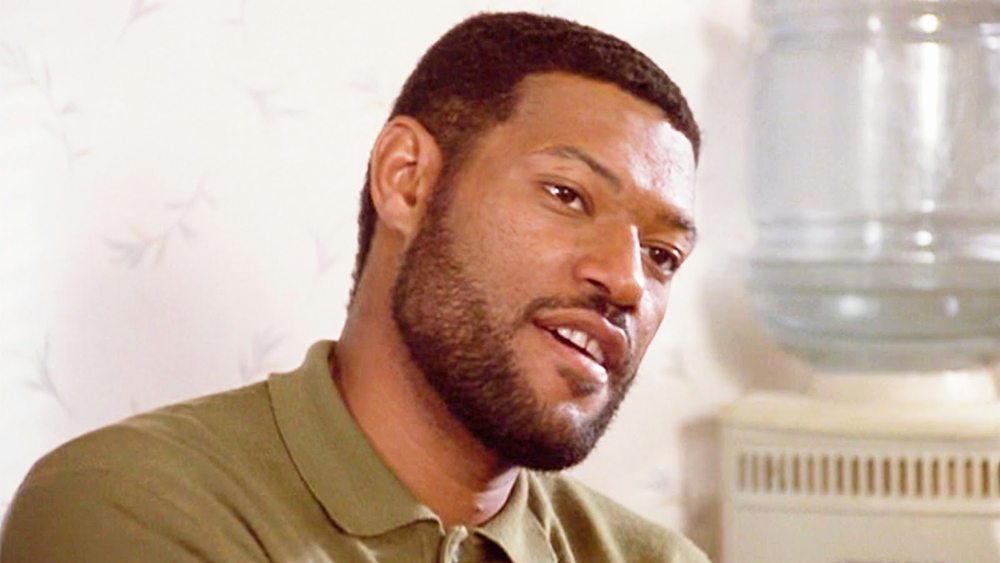 Laurence Fishburne’s Furious Styles not only has one of the all-time coolest movie names, but the Boyz n the Hood supporting player is also one of the great movie dads. The no-nonsense father is one of the few male role models in their Compton neighborhood. And while he can be stern, his overriding concerns are to keep his son safe, teach him to grow up and be a good man, and impart wisdom about sex, drugs, violence, community, and other important topics. 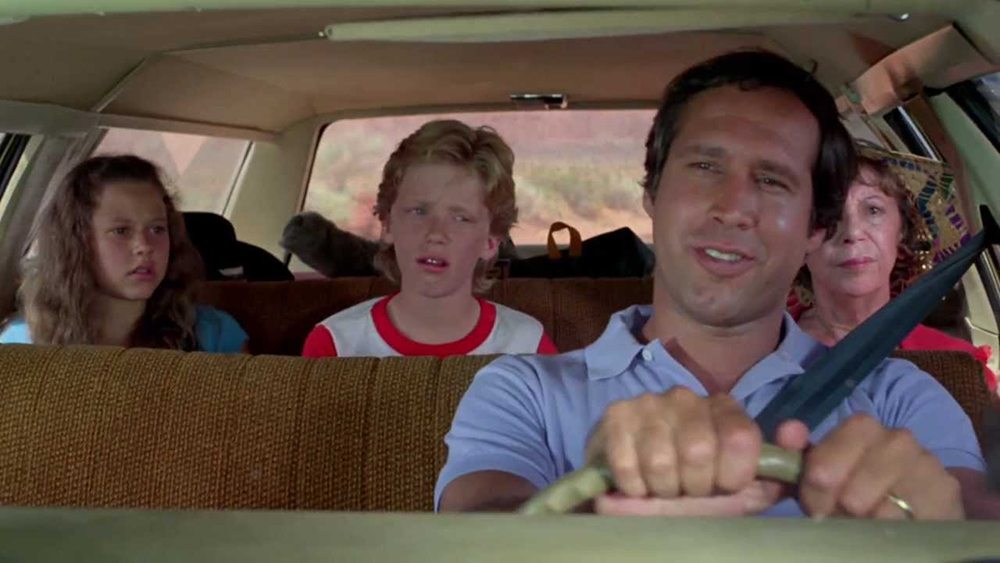 Most fathers are flawed, whether we’re talking about our own fathers or ourselves as fathers. But few are as flawed as Chevy Chase’s Clark W. Griswold in National Lampoon’s Vacation. On the other side of that coin, however, few are as steadfast or devoted to his family as Clark. Nothing will stand in the way of his family getting the vacation they deserve; not security guards, not a cross-country road trip, not even a sandwich soaked in dog pee. He’s the kind of father who spends Christmas Eve battling hordes of angry shoppers, fighting for the last toy just to make his kids smile. (And Christmas Vacation also happens to be one of our favorite holiday movies.) 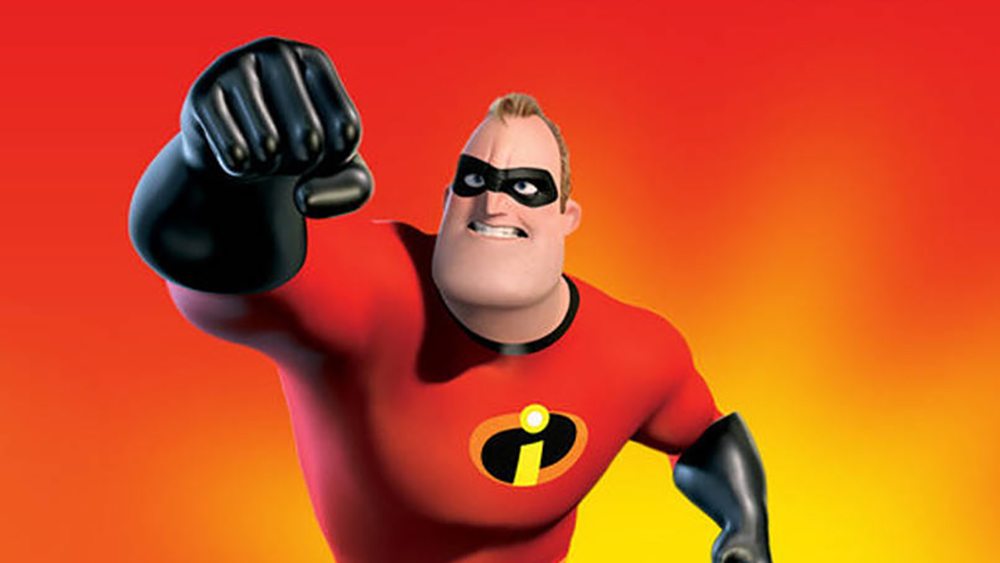 At some point or another, many of us look at our father like he’s a superhero. Especially when we’re little, they’re these huge, invincible figures. Sometimes, like in the case of Mr. Incredible in The Incredibles, they are actually superheroes. And he’s not just super strong and nigh-invulnerable, he’s a dedicated husband and family man, willing to go to great lengths to protect and support his family. While he makes mistakes, he ultimately realizes that being a father his kids look up to is more important than acclaim and glory. 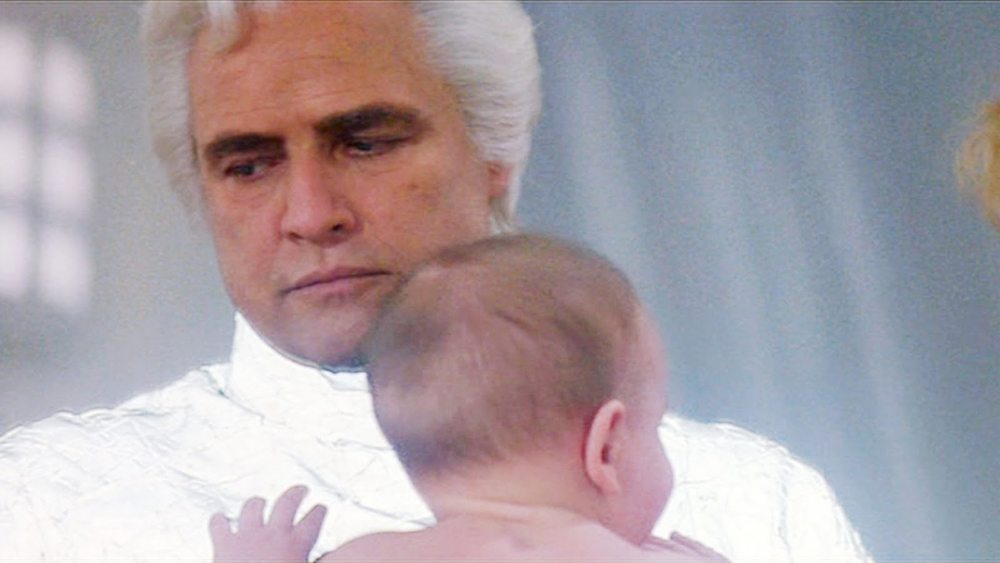 Many fathers will sacrifice anything and everything if it means ensuring that their children are safe and protected. One prime movie example of this is Jor-El, the Man of Steel’s father in Superman. He gave his life to protect the infant Kal-El from their dying planet, sending him away before Krypton exploded. Beyond that, he took measures to ensure that his son would never be alone, even after his own death. And if Marlon Brando plays your father, that’s also pretty cool. 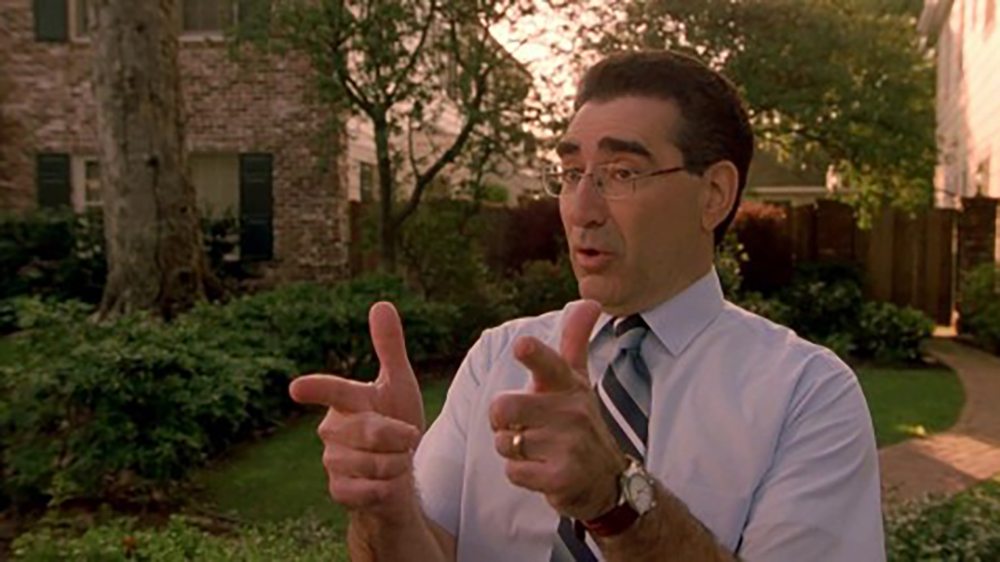 Parents are embarrassing. That’s just a fact of life, especially for teenagers. No matter what they do, it’s mortifying. And few movie dads are as awkward and uncomfortable as Eugene Levy’s Noah Levinson in American Pie. No teenage boy wants to talk pornography with his dad, or get caught, you know, inappropriately using baked goods. But underneath all of this embarrassment and humiliation, Noah is earnest and supportive and really just wants to help his son Jim through a through that emotional, anxiety-ridden time that is adolescence. He’s the kind of parent that makes you cringe as a kid but you start to appreciate later in life. 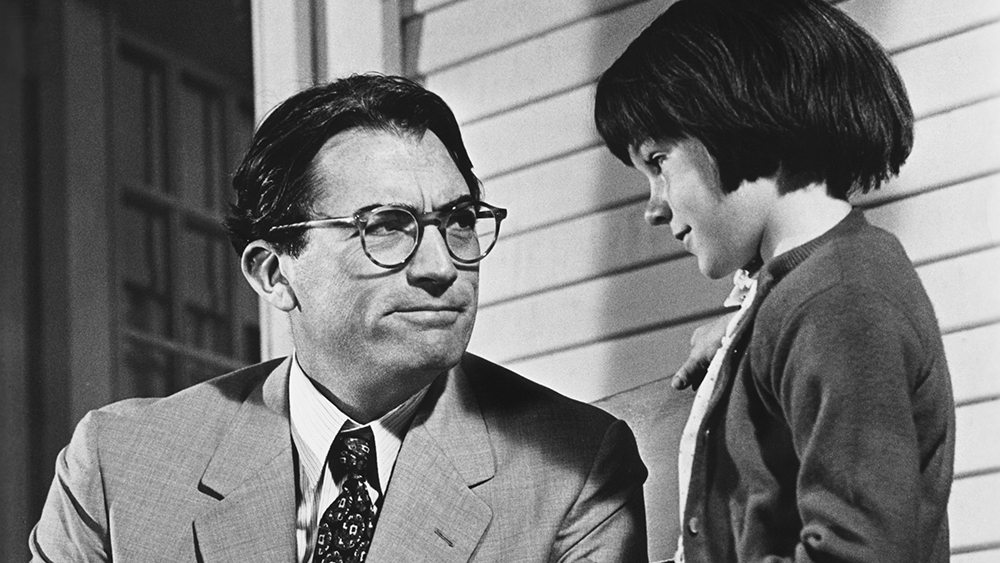 Author Harper Lee reportedly based Atticus Finch, the lead character in her classic novel To Kill a Mockingbird, on her own father. As played by Gregory Peck in the 1962 film adaptation, the character has given dads a lot to live up to. The fact that he’s a lawyer fighting the good fight definitely endears him around these parts. Maybe not the warmest, most affectionate father, his integrity and willingness to stand up for what’s right presents a strong example to his kids. And though he’s reserved, he’s never cold. He’s sensitive to his children’s needs and willing to take the time to sit with them and make sure they understand everything from the social upheaval around them to why school is important. Leading by example, he imparts lessons about courage and morality, but also gives his children information and empowers them to make their own decisions.