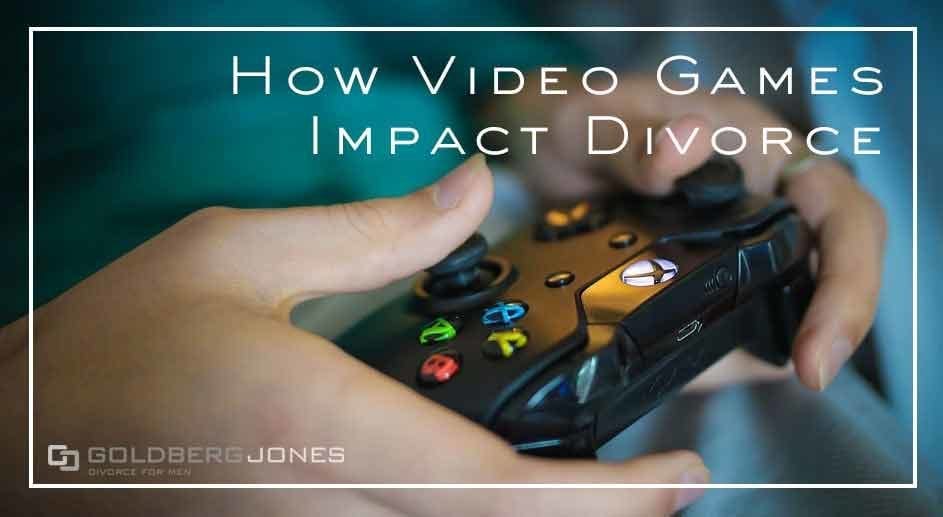 For millions of people, across age groups, video games provide a key way to kill time and decompress from the pressures and hardships of daily life. But what happens when it crosses a line, when escape becomes addiction?

Specifically, how do video games impact marriage and divorce?

Like any obsession, it carries a high cost. And as you may imagine, video game addiction has a substantial impact on a marriage. One study notes that this plays a role in an increasingly large number of divorces.

According to Divorce Online, men playing video games is cited as a cause in 15% of divorce cases.

Video Games By the Numbers

Video games have become a major part of our daily routines. 2019 findings from the Entertainment Software Association note that:

Gaming can even serve as a social outlet. According to the ESA report, 63% of hardcore gamers say they play with other people online. It’s not uncommon for individuals to regularly play with the same group, even though they may live far apart.

In many cases, this offers a healthy, constructive outlet. It’s when it crosses the line that it becomes an issue.

In severe cases, video game addiction damages relationships and even leads to divorce. Spending every free moment in a deep-dive video game frequently creates friction between gamers and non-gamers who don’t share the same appreciation for this endeavor.

Three games often cited as problems are World of Warcraft, Call of Duty, and Halo. Games like these, and many others, create fully immersible worlds. You can log on, suit up, and forget your real-world cares for a while. Fighting orcs or heroically battling bad guys is likely much more exciting than what you do at work all day.

But too often, this momentary escape takes over and distracts from real-world concerns. Essentially, you start living in an alternate world that’s not your marriage. It’s easy to imagine how problems may arise in this situation.

In some instances, gaming may be a reaction to things not going well in a marriage. Virtual social interaction often serves as a surrogate for face-to-face human connection. People choose this digital world as a way to put off dealing with an unpleasant reality.

It may be symptomatic of larger problems you don’t want to confront. Gaming addiction shines a focused light on specific issues, or becomes an issue itself. Either way, it has the potential to cause major damage to your relationship and marriage.

It’s not only the in-depth online games that cause strife. Even less immersive titles, like the ones you play on Facebook or your smartphone, can have a negative influence. They appear deceptively casual and laid back, but often demand as much attention and focus as others.

Game Together, Stay Together

Excessive video game play leads to less time spent together, the disruption of routines, and can generally throw a monkey wrench into a marriage. At least that’s the case in marriages where only one spouse games. Or where spouses play different games.

While many couples have one spouse who puts more time and energy into their game than the marriage, that’s not every case. Many couples game together, with constructive results. A study from Brigham Young University found that “For couples in which both spouses play, 76 percent said that gaming has a positive effect on their marital relationship.”

Those who responded to the survey even noted online interaction lead to “higher marital satisfaction.”

At least among those who game in tandem. Relating within a game often carries similar benefits as interacting in person. However, it can still cause problems when one spouse plays substantially more than the other.

So, if you absolutely must play a video game, consider involving your spouse. The research indicates couples who game together have a higher likelihood of remaining together than those who don’t.

This may provide some much needed common ground and lower your risk of divorce. If nothing else, consider how your video game obsession impacts the flesh-and-blood relationships around you.