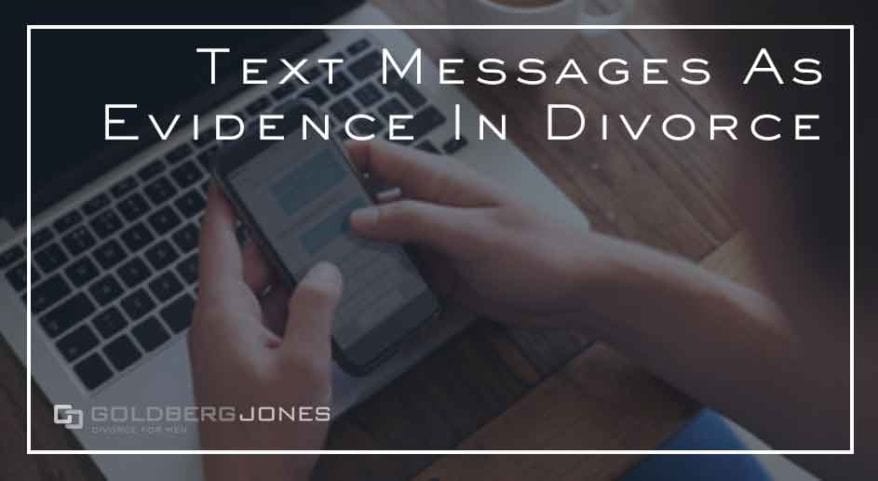 Divorce and text messages as evidence are in the news once again with the release of a smartphone app called CATE. CATE stands for Call and Text Eraser.

The Android application is designed to block calls and texts to your phone during designated times, discretely hide numbers from your contact list and automatically delete communication between you and any designated numbers.

The program that runs the app was developed by a Miami police officer after witnessing a friend’s challenges in court with incriminating text messages.  With the slew of smart phone apps popping up to conceal text and call logs, it raises the topic of using text messages as evidence in divorce cases.

Text messages as evidence in your divorce

In the state of California, text messages are frequently used as evidence in divorce and custody cases. They can provide the court a sense of the daily activities and interaction in the home and between parents.  In addition to text messages, emails and social media posts —like Facebook— can all be provided as evidence.

But texts, emails and social media are only a piece of the equation. Texts can be used to support your case, but they will only serve as evidence giving you credibility.  It is essential that you and your attorney create a strategy that paints an accurate picture of the current circumstances and positions your argument to have the maximum impact.

How to collect text messages as evidence

If you feel that text messages, emails, or social media posts might be helpful evidence, there are a few things you can do to collect them for your attorney.
Emails can be saved as PDFs or any other digital file format and saved to a USB drive. It can also be beneficial to print emails and organize them in chronological order with the important details highlighted.