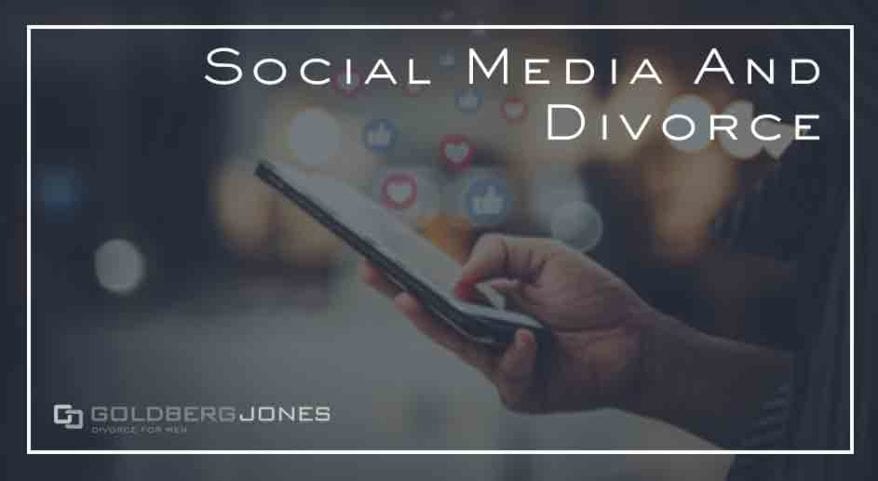 With Facebook, Instagram, Twitter, Snapchat, and whatever the next big thing, social media rapidly became a factor in our daily lives. It allows us to keep current with distant friends and relatives, see news as it breaks in real time, and let everyone on our friends list know what we had for dinner.

Because it has such a substantial influence on our lives, it’s only natural that social media plays an increasingly large role in our marriages and divorces.

In many cases, social media has become a factor in relationships. It’s common for people to use it to flirt online or even to facilitate affairs. Divorce proceedings increasingly include Facebook and other social media-related conflict. In short, what you post online influences your relationships.

Social media has become so ingrained in our day-to-day lives, many people get careless with what they post. Even if you keep your settings private, consider what you put out there in the world and how it may impact your marriage.

Many people have been caught cheating or otherwise acting poorly thanks to an ill-conceived social media post.  Simply being photographed with a drink in your hand while out with friends on a Friday night, could later be used as “evidence” of a pattern of behavior.

It’s easy to get sucked into the online world, often to the detriment of your real life. Keeping a relationship alive takes face-to-face interaction and work. And that’s difficult to accomplish if you both have your faces buried in your phones 24/7.

3. Would You Say It In Person?

Social media often feels like yelling into a void. There’s a distance and a disconnect, like there are no real consequences for anything you say. But there are. Barely a day goes by without a news story about someone fired for a Facebook post or inappropriate tweets.

People often get worked up and say hurtful things without a filter. And once it’s out there, it’s out there. It will never be deleted. Ever. A good rule of thumb is, if you wouldn’t say it in person, don’t say it online.

Related Reading: How the New Tax Plan Changes Your Divorce

Just like it often has a negative impact on marriages and relationships, social media can play a part in the divorce process. Courts can subpoena Twitter and Facebook posts as evidence. Instagram photos can confirm or refute claims and accusations—don’t say you were at home on a particular night if you post a picture that proves otherwise.

People pay attention to what you post. If you’re going through a divorce, this certainly includes your spouse and opposing counsel.

Flaunting wealth on social media can come back to haunt you in a divorce settlement.

If you claim you can’t make child support payments or that spousal support is too high, but post photos of expensive vacations or running up massive bar tabs on a regular basis, that doesn’t look good. People often try to hide assets, but make revealing blunders on social media.

What you post on social media can go a long way towards making you look like a responsible parent. Or not. In a heated child custody dispute, you can bet your soon-to-be ex is looking for any evidence to use against you.

If you only post pictures of yourself having fun, partying, think how that looks to a judge. Don’t say you’re taking the kids to see the Padres but post skydiving pictures instead. That won’t go over well. All of this may reflect poorly on your parenting abilities and impact your custody chances.

Emotions run hot during divorce. It’s usually a good idea to give your spouse space during the process. This goes for online as well. Just like bullying, online stalking and harassment on social media have become big concerns. Tampering with an online profile can lead to criminal charges.

Even just seeing what your ex is up to can lead to anger and bad feelings. It’s best just to let it go and give it some space.

The best way to prevent social media from influencing your divorce is simple: give it a break. You can’t get into a Facebook fight if you’re not on Facebook. Your posts won’t come back to bite you if you don’t post anything. If you think your spouse is hiding things or there’s potential evidence to find, let someone else, like a divorce attorney, do the digging.

If you must maintain a social media presence, keep it innocuous and use common sense. Stay away from divorce talk. Stick to cute animal memes, photos of sunsets at the beach, and sports talk.  Whatever you post, give it careful consideration. Think about how it makes you look as a parent or what it says about your finances. If you don’t want it showing up in front of a judge, it doesn’t belong on your profile.