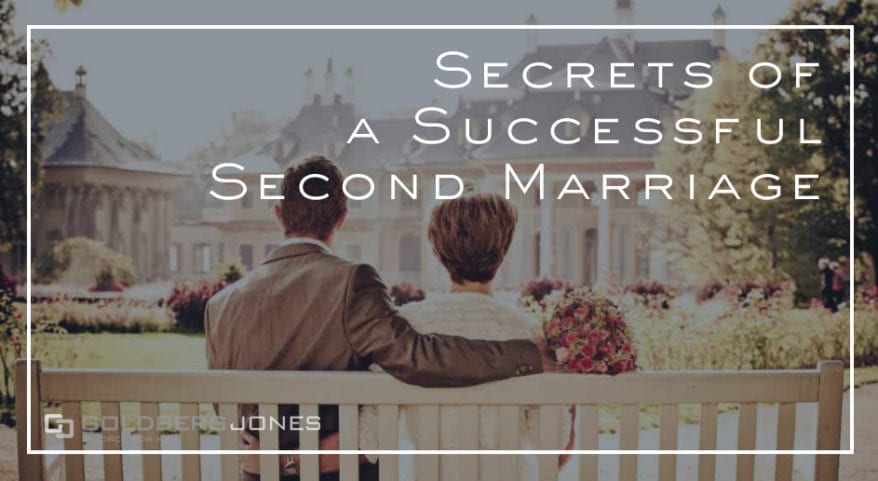 No one wants to admit defeat. No one wants to face the fact that a marriage just doesn’t work, that this person you once loved, who once meant everything to you, isn’t the same one you married. That’s part of why divorce is so often such a difficult choice.

But we learn from our mistakes, right? All the issues, problems, and hiccups we had the first time, we know to avoid them the second time around, don’t we? It seems obvious that because of our experience and what we learned, second marriages must be more successful than first marriages. Doesn’t it?

The short answer is no. A second marriage may be great, it may be exactly what you need.

Statistically speaking, second marriages have an even higher rate of divorce than first marriages.

The prevailing wisdom is roughly 50% of first marriages fail. When we talk about second marriages, that number jumps to 67%, more than two-thirds. And for third marriages, 74% end in divorce.

To give some perspective, the number of first marriages is much higher; there are simply many more. Still, the percentages are startling. This sobering fact begs the questions why do so many second marriages end in divorce and what are the secrets of a successful second marriage?

The desire to bond with another person and form a family remains, so it’s easy to see why second marriages happen. Close to 80% of divorced people go on to marry again. But why these unions also end in divorce is another question entirely.

As usual, there’s no one-size-fits-all answer. Every situation is different from every other, but there are some common through lines. For instance, once you go through a divorce and learn the ins and outs and that you can survive, you may be less hesitant to remain in an unhealthy, unhappy marriage than before. Plus, you probably already have a divorce lawyer on speed dial.

Second marriages usually happen when you’re older, or at least older than you were. You’ve been through more, you have a better idea of what you want, and you’re less willing to waste time on a relationship that obviously isn’t going to work. People are also more likely to take steps to protect themselves, emotionally as well as financially.

Or maybe you rushed into your second marriage. Perhaps you didn’t give yourself time to heal properly and jumped into a rebound because you were lonely or scared. There are just as many reasons why people divorce as why they marry.

Related Reading: Should I Hire a Divorce Lawyer?

Secrets of a Successful Second Marriage

Again, there’s no roadmap for a successful second marriage. If there was, there would be far fewer divorces. But as usual, there are things you can do and common steps you can take. Experts have a variety of tips and suggestions. Not all of these fit in every situation and for every couple, but they can be useful to keep in mind as you move forward with your life.

These are just a few suggestions. Professional therapists and counselors have tons more, as well as other useful advice. Again, not every tip will work for everyone. However, it’s important to be open to the possibilities and to do the work if you want your second marriage to succeed.

Just because so many second marriages end in divorce, doesn’t mean yours is doomed to fail. Statistics are one thing; they paint a larger picture. But in the end, the success of your marriage—first, second, or otherwise—comes down to the people involved. Some relationships will simply never work, but if you and your partner are willing to put in the work, it will only help your chances and strengthen your bond.