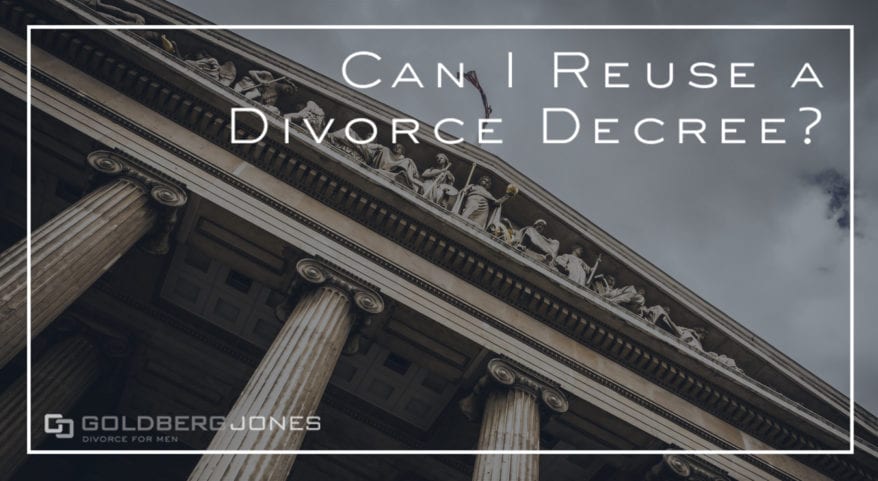 Divorce is final. It irrevocably ends a relationship. At least in a legal sense.

In reality, divorce doesn’t always snuff out feelings and connections between a couple. It might surprise you how often people divorce only to remarry the same person.

Probably not a surprise, these unions also often end in divorce.

A question that comes up in these situations is how does this impact your divorce settlement? Can you reuse a divorce decree from an earlier marriage? Do the terms still apply? Is it null and void?

When you end a marriage, the divorce decree sums up the settlement. It lays out who gets what, which party is responsible for what debts, custody arrangements, spousal support, and all the rest. But what happens if you marry and divorce the same person a second time? (Fun fact: In Kentucky, it’s illegal to marry the same person four times. Three is just fine, though.)

Rick Jones, one of our founding partners, regularly stops by the Danny Bonaduce and Sarah Morning Show. On the airwaves, he answers family law questions from listeners. A recent caller finds herself in this predicament and wants to know her options.

Listen to the Call Below:

Caller: “I married my ex-husband and remarried him after we were divorced. He thinks that our first divorce decree settlement is null and void because I married him twice, and then we got divorced a second time. Is that true? I don’t see what one marriage has to do with another one.”

Rick: “I don’t have a yes or no on this one because it depends on the terms. Let’s say that ten years down the road you get divorced again, whether or not the terms of that first one really were merited or fair.

“I’m going to give you an example. Spousal support, if that was an issue. If you’re divorced after, let’s say four years. The court’s going to look at that and say, ‘That’s a relatively short term marriage. Our goal isn’t to provide a significant amount of spousal support. It’s designed to recognize a short-term marriage.’

“But then let’s say you’re now divorced and you shack up again a year later, live together for three years and then married another ten. The court very well could go back and look at that and say the math, it’s now an 18-year consistent relationship.

“So, it is possible that a court looks at that. That being said, if you really did dispose of issues in a fair way in that first divorce, that is likely to be the bright line that she’s hoping it is.”

Related Reading: How do You Get a Divorce in California?