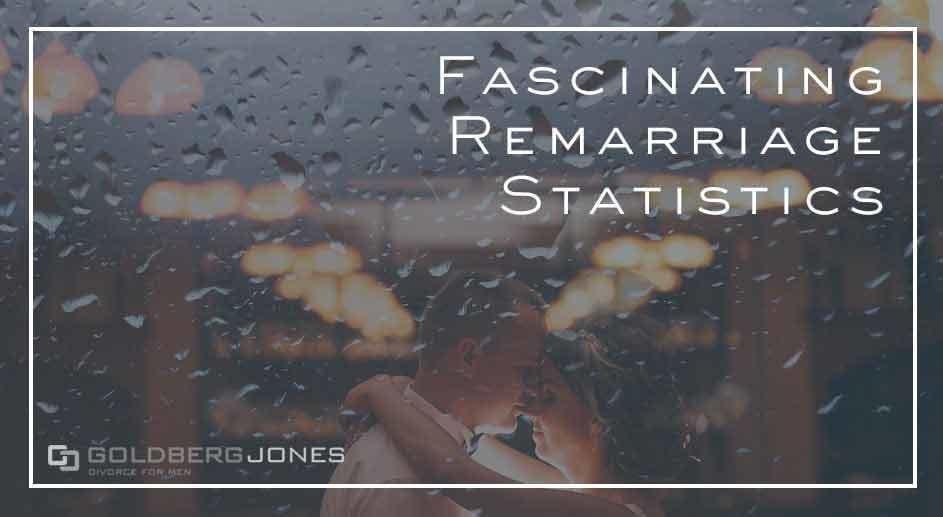 Divorce is a common occurrence. The average age for a first divorce is also younger than you might think, only 30. It makes sense that those who divorce at such a young age might give it another go down the road. And because of that, an increasing number of marriages involve people getting remarried.

According to a recent report from the Pew Research Center, in four out of ten new marriages, one spouse has been married before. Beyond that, in two out of ten weddings—one-fifth of all weddings—both partners were previously married.

Looking at data from the U.S. Census Bureau, 42 million American adults have been married more than once. As more people divorce, there’s a larger pool of those who can potentially remarry.

There’s also the fact that people are living longer, healthier lives. Gray divorce is on the rise as people realize they still have many opportunities for happiness ahead of them. In many cases, people who would have stayed married in earlier generations choose to end unhappy unions.

Remarriage has become most common with older generations. Perhaps this isn’t a shock, considering the older a person is, the more time they have to marry, divorce, and marry again. But as age increases so does the percentage of people who remarry.

This number has dropped quite a bit for people under 35. In 1960, 72% of those who had been married before remarried. By 2013, that dropped down to the numbers represented here.

On the other end of the spectrum, over the same time period, remarriage among older age groups rose steeply. In 1960, only 55% of people 55-64 who left a previous marriage went on to remarry. By comparison, in 2013, that number was 67%, more than two-thirds.

Related Reading: What is Gray Divorce?

Among people who can remarry—those who had a marriage end in divorce or the death of a spouse—men are more likely to tie the knot again than women. The gap has narrowed some over the years, but statistically, men remain much more prone to multiple marriages.

Again, over time these numbers have changed dramatically. Women from 25-54 are now roughly as likely as men to be remarried. Women above 55-years-old, however, remain significantly less likely to marry again than their male counterparts.

You might think that second marriages are more likely to succeed than first marriages. After all, by then you’ve been through the ringer, learned what you want out of a relationship, and what you don’t, and generally figured things out. That’s not, however, always the case.

While roughly half of first marriages in the U.S. end in divorce, 67% of second marriages lead to divorce. That number jumps to 74% for third marriages. But that’s not going to stop people from jumping the broom. Keep in mind, there’s a smaller sample size for second and third marriages.

In 2013, 8% of people who married had been married at least twice, or more. They remarried then remarried again. And as you might imagine, older age brackets make up the bulk of this number.

Of those entering their third marriage, or beyond, people 55 years and older make up 33% of the total. 25% of those 45-54 also fall into this category. Younger adults make up a much smaller portion of the total, and as the age decreases, so does the number. Again, this makes sense. If it takes time to get to your second marriage it takes even more time to get to a third. You don’t find many 24-year-olds who have married multiple times.

Relationships are tough and marriages are often even tougher. With divorce such a common practice, it’s not uncommon for people to remarry, especially as people live longer, healthier lives. There’s a great deal to consider when considering tying the knot again. Getting remarried isn’t something to jump into. Then again, neither is a first marriage. Or a third.

Related Reading: We Need To Talk: How to Ask for Divorce