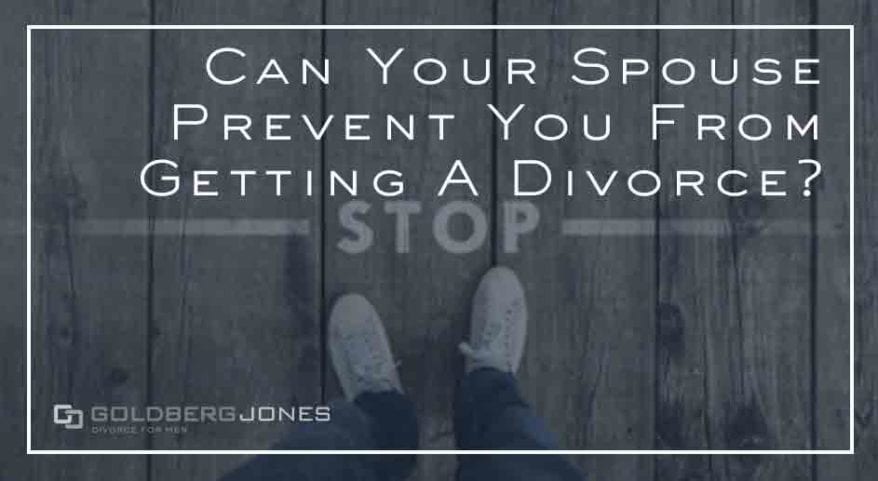 One spouse wants a divorce, but the other won’t grant it.

This is exactly the situation one Mississippi woman, Elizabeth Freels, found herself in. According to USA Today, she tried to divorce her husband starting in 2001.

In true movie villain fashion, her husband said, “I will not give you a divorce until the day you die. If I can’t have you, no one else will.” Maybe he twisted his mustache or tented his fingers at the same time. And though she moved out with her kids and filed for divorce in 2005, Freels remained married.

Here’s the good news for the rest of us—and, ultimately, for Freels. In most states, this can’t happen.

With the exception of Mississippi and South Dakota, every state in the union, including California, practices no-fault divorce.

What this means is that as long as one spouse wants a divorce, the state will grant it. In short, your spouse can’t prevent you from getting a divorce in most of the United States.

The story also worked out for Elizabeth Freels. Though she tried and failed to divorce her husband for more than a decade, in 2015, once her youngest child was away at college, she moved to Washington, filed the paperwork, and had a divorce 90 days later.

Essentially, in no-fault divorce states, as long as the person who files for divorce is legally married, meets the residency requirements, and correctly follows the procedure, divorce will be yours.

You don’t have to prove that either party is at fault or provide any grounds.

All the court requires is for one spouse to declare a marriage irretrievably broken and that there’s no hope of reconciliation.

From a practical standpoint, no-fault divorce streamlines the process of dissolving a marriage. As there’s no need to assign blame, there’s also no need to wallow in the muck and engage in mudslinging or relive painful memories you’d rather forget.

Ideally, it helps speed things up and get everyone on the path to their new lives that much faster. And your ex can no longer prevent you from getting a divorce.

No-fault divorce doesn’t take wrongdoing into account in regards to ending a marriage. That said, that doesn’t mean it won’t impact the process at all. It may factor into the divorce settlement and impact areas like child custody, spousal support, the division of property. Then again, it may not. All of this depends on the specific case.

The same goes for child custody. If an affair negatively impacts parenting ability, or demonstrates a lack of responsibility, then it may play a part. If not, it likely won’t.

More than fault or blame, other elements factor into the divorce settlement. The court bases settlement decisions on things considerations like financial need, future job prospects, and the length of the marriage. And as far as custody goes, stability, relationships, and the best interests of the child carry the most weight.

Those in favor of no-fault divorce often cite statistics on rates of both suicide and domestic violence. Both decreased in states that implemented this practice. Proponents also note a slight decline in total divorce numbers.

Also, it’s baffling to some that the law would compel people to stay married against their will. The logic is that outside parties, people with no vested interest in a marriage, shouldn’t be allowed to determine whether or not a person’s reasons for wanting a divorce are legitimate or not. That it should be up to the people involved and no one else and that no one should prevent you from getting a divorce.

A prominent argument against no-fault divorce is that the person who is actually at fault may be the one filing for divorce. For example, a cheating spouse or a domestic abuser can get a divorce without facing any consequences. In these cases, a judge may never hear the reasons behind the breakup when it comes to awarding spousal support and the division of property.

Another stance claims that by making divorce easier to obtain, it decreases the importance of marriage. If a divorce is quick and simple, according to this point of view, it lessens the weight of the social contract and makes the bond of matrimony less significant.

Marriages end for many reasons. Abuse, infidelity, and money problems are just a few common causes, but the list of motives is practically endless. Sometimes people just grow in different directions. There’s not always a reason or a need to cast blame.

No-fault statutes streamline the process and mean your spouse can’t prevent you from getting a divorce. This allows for a way out of marriages that are harmful or just don’t work.

Related Reading: How To File For Divorce in CA