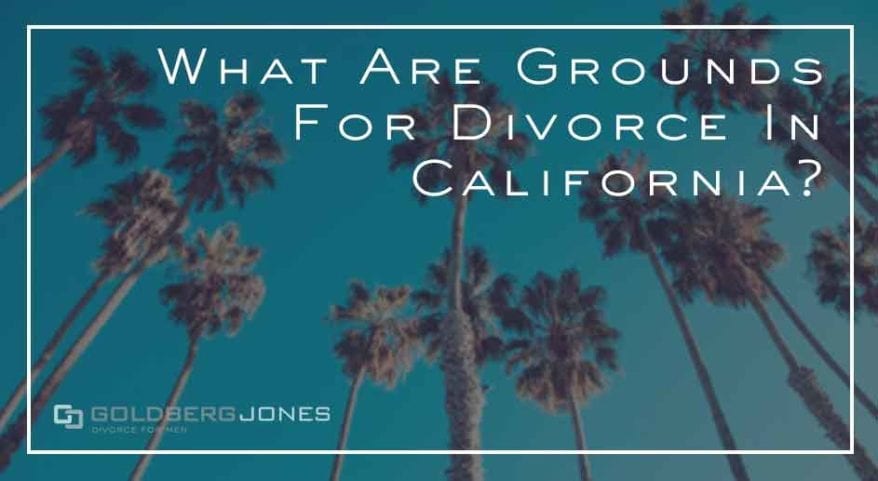 If you are considering divorce, you may be wondering, “what are grounds for divorce in California?”

What Is A No-Fault Divorce?

California is a no-fault divorce state. This means that neither party is required to show that wrongdoing was committed. No-fault divorce allows couples to dissolve their marriage without the petitioner (the person asking for the divorce) having to prove the other party has broken the marital contract.

In the past, proving fault was required to obtain a divorce in California. The most common grounds for divorce were adultery, sexual deviance, abandonment/desertion, substance abuse, and criminal conviction.

Under an at-fault divorce, the party filing for divorce was required to prove that their spouse had committed an act or acts that violated the marital agreement.

The requirement to prove fault created challenges for couples in distressed relationships. An article published in the Wall Street Journal highlighted this issue stating:

“The legal situation put many distressed couples in a quandary. Some devised adulterous situations. Those with money went out of the state to divorce—to places like Indiana in the 1800s, Nevada in the 1900s, or Mexico in the 1960s. (The cheap, fast Mexican divorce drew many celebrities too, including Marilyn Monroe during her split from Arthur Miller.) Still others remained bound to spouses they could not stand.”

There are two grounds for divorce in California: irreconcilable differences and incurable insanity.

Since California passed its no-fault statute in 1969, the rest of the states have followed suit. All fifty states have either removed fault-based divorce from their code or added irreconcilable differences clauses to their code.