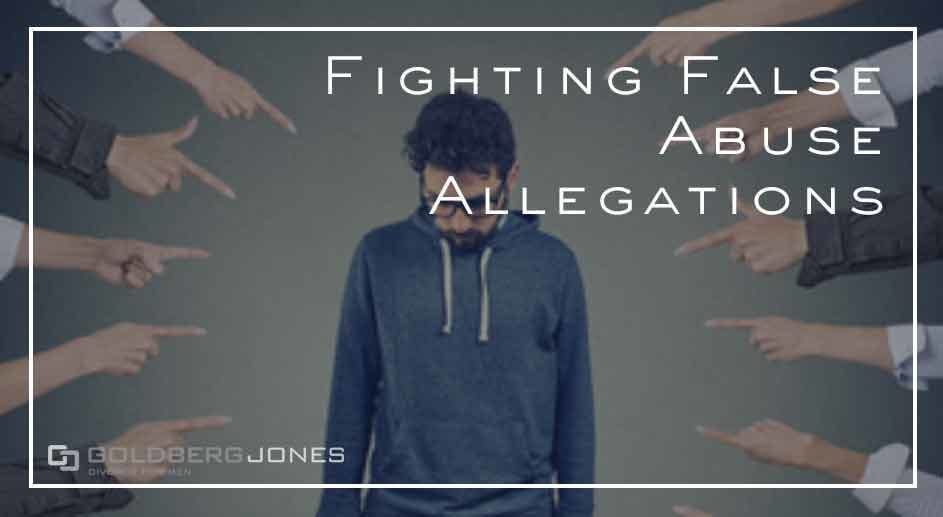 When most people think about divorce, they imagine heated exchanges, arguments, and conflict. It’s a volatile time. Spouses often have more than their share of bitterness and anger, and mudslinging is common. Some claims are legitimate, others not so much. Unfounded abuse allegations rank among the most nefarious of these. Unfortunately, these often have a negative impact in divorce cases.

Enduring abuse of any kind comes with a high cost to those who deal with it. These are serious issues that must be treated as such. But false abuse allegations are all-too-frequent. Some people think it will give them an advantage in divorce, and too often they’re right.

In cases of abuse, restraining orders, also called protection orders, offer safety and security. They’re relatively simple to obtain. That makes them effective, but it also makes them easy to exploit.

In California, there are four kinds of restraining orders:

For these purposes, let’s focus on domestic violence restraining orders. According to state law, you can obtain one of these if you meet two criteria:

In actual cases of abuse, they provide a lifeline. But there’s also little evidence required for the court to issue a restraining order. The court can often issue temporary orders without much more than one spouse claiming to need one.

Domestic abuse is a serious problem, and no judge wants to fail to protect someone and place a person in harm’s way. They often choose the side of caution. It’s easy to see how people can exploit this to further their own agendas.

Abuse allegations can have a substantial impact on your divorce case, especially if they result in a restraining order. They can influence many areas.

Child Custody: The courts generally recognize the importance of both parents remaining in a child’s life after divorce. Even noncustodial parents are usually granted regular visitation and contact. The exceptions to this rule, however, are cases of abuse or neglect. False abuse claims can devastate your chances of obtaining custody or equal parenting time.

Finances: Abuse allegations also often carry financial consequences. Restraining orders can be used to drive you out of your home or away from children. Additionally, child support and spousal support can come into play. Not to mention legal fees that pile up trying to refute false claims.

Emotional Toll: Abuse allegations often leave a person feeling helpless, stunned, and in severe emotional distress. Even if they’re ultimately disproven, it may alter the way people look at you. Fighting accusations often proves exhausting and leads to depression and despair. This may also manifest itself in other areas of your life, like work and outside relationships.

How To Fight Abuse Allegations

False abuse allegations can leave you feeling vulnerable and exposed. Fighting them is harrowing and arduous, but there are options. If they’re not true, it’s important to refute them and limit the damage done.

Hire a Lawyer: You may already have an attorney on your team by this point. Odds are, if it came to this, you probably knew things might get contentious eventually. But if not, strongly consider experienced representation. A lawyer can instruct you in how to defend yourself and do damage control.

Witnesses and Evidence: Like with most court cases, it’s important to collect witnesses and evidence to back your claims and support your narrative. The best way to prove your spouse is lying is to prove your spouse is lying.
Gather up anything that supports your cause, refutes your ex’s claims, or provides an alibi. This includes any relevant text messages, emails, voicemails, or other documentation. If you have witnesses willing to attest to your character, or better yet, who can counter your spouse’s specific claims, that supports your case.

Remain Calm: This is easier said than done, but it’s important to stay calm and collected during hearings. You’re probably full of emotions, but you don’t want to come across as unstable, irrationally angry, or capable of doing harm.

No matter what the other side claims, no matter how unfounded their accusations, respond as evenly as possible. Don’t interrupt, restrain any outbursts, don’t laugh or sneer, and do what you must to leave a positive impression.

Demonstrate a Pattern of Behavior: If this is something your spouse threatened before, and you can prove that, it strengthens your position and weakens the other side’s case. Again, if you have texts, emails, or witnesses who can back this up, it can help discredit false abuse allegations against you.

Restraining orders are designed to shield people in dire situations; people who truly need protection. It’s unfortunate when people misuse them to gain an unfair advantage, but it happens all too often.

As abuse allegations can have a negative impact on your case, and your life moving forward, it’s important to respond in a quick, decisive manner and counter any false claims.

Are Your Divorce Records Public?