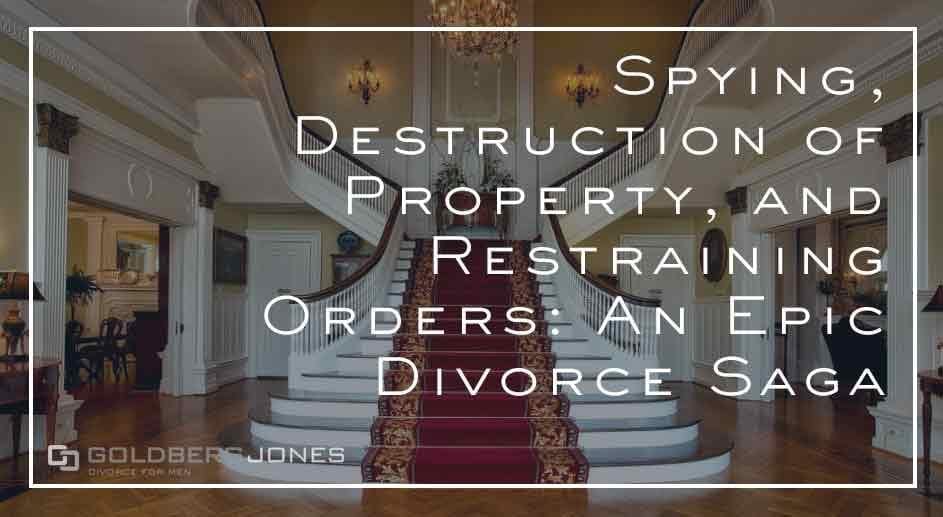 Your divorce may be crazy and contentious, but be glad you’re not stuck in the middle of this firestorm. The epic saga of the split between a California billionaire and his wife is the stuff of movies. It goes from bad to worse to completely unhinged and involves spying, restraining orders, and much more.

A recent report in the LA Times recounts the divorce of Bill and Sue Gross. The couple split in the fall of 2017 after a 32-year marriage. To say the break up was contentious may be the understatement of the year. In the article, the Times details complaints of harassment, the intentional destruction of property, and more. It even spirals out to include siblings, in-laws, and workers hired to do construction or deliver packages. It’s mayhem that also engulfs the pets.

An investor located in Newport Beach, Bill Gross amassed an estimated worth of $2.5 billion. As you might imagine, this is a high-asset divorce. They had multiple homes, cars, properties, pieces of art, and more high-priced items to divide. It also appears that, after three decades of marriage, Bill and Sue knew how to get under one another’s skin.

In the wake of the divorce, multiple post-marital agreements have arisen. It appears some have been outright broken or ignored, while others have definitely been pushed to extremes. According to the report, “Sue has accused Bill of removing artwork from the Laguna Beach home, possibly in contravention of an order dividing their property.”

This leads into a kerfuffle surrounding a Picasso. The couple owned a significant art collection, anchored by “Le Repos,” a 1932 painting of one of the iconic artist’s mistresses. Sue reportedly won it in the divorce based on a coin flip. Yes, they decided ownership of a painting that subsequently sold for $37 million by flipping a coin. When Bill went to deliver the painting, Sue revealed she already had it in her possession. The piece hanging in Bill’s bedroom was, in fact, a copy, painted by Sue herself, that she swapped out ahead of time. 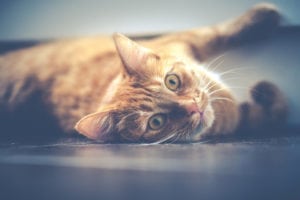 Who Gets The Cats?

Then there’s the story of the cats. Pet custody increasingly comes up in divorce. Sue won custody of the couple’s three cats—they also have human children, but they’re all grown and gone. Bill, however, received regular visitation rights. A veterinary professional transported the animals to Bill’s for 24-hour visits. But Sue claims Bill mistreated the animals, including locking them in a hot, stuffy wing of the house.

These are just a few examples of the utter chaos this divorce has become, but there’s much more. In court documents, Sue asserts Bill hired an “army of spies” to follow her and her relatives seven days a week. Both have had multiple temporary restraining orders levied against them, including one alleging Sue brandished a knife at Bill, though it may have been a phone. Bill reportedly trashed the Laguna Hills home Sue received in the settlement before he vacated the residence. Sue has also been accused of shutting off the utilities at homes where Bill stays. It goes on and on.

Right now, the couple even has a court date set for early July. A judge will reportedly rule on whether or not to expand a restraining order Sue got against Bill to her entire family, including her sister and other relatives. The hits just keep on coming.

Related Reading: How Does Pet Custody Work In California?

What Can We Learn From This Divorce Story?

This is obviously an extreme example in many regards, both in the wealth the couple split and the sheer craziness of their ensuing behavior. That said, the rest of us can still glean lessons from this situation.

Many divorces are contentious. Even in the best of circumstances, there’s usually some level of conflict. Unless yours is an uncontested divorce, you’ll likely argue about something, be it child custody, the division of property, or spousal support. Try to be as realistic as possible going in. Know what you want, what you can live without, where you can make concessions, and where you want to put your energy. Fighting about every last issue is not only exhausting but expensive and time-consuming.

Most of us don’t own a Picasso. Still, what we do have is important to us. Divorce impacts your economic future. Taking steps to protect your assets and finances may mean the difference between starting over on solid ground or having to dig yourself out of a hole. There are legal ways to shield assets and ensure your fiscal well-being.

Safety during divorce is huge. All too often, you see news stories about a heated divorce turned violent, often with tragic results. Restraining orders can be used to ensure the security and well-being of everyone involved, including children.

As in most family law cases, it’s in your best interest to consult a divorce attorney. An experienced lawyer can help you best determine how to use these tools to keep you safe, protect your finances, and hopefully circumvent conflict.