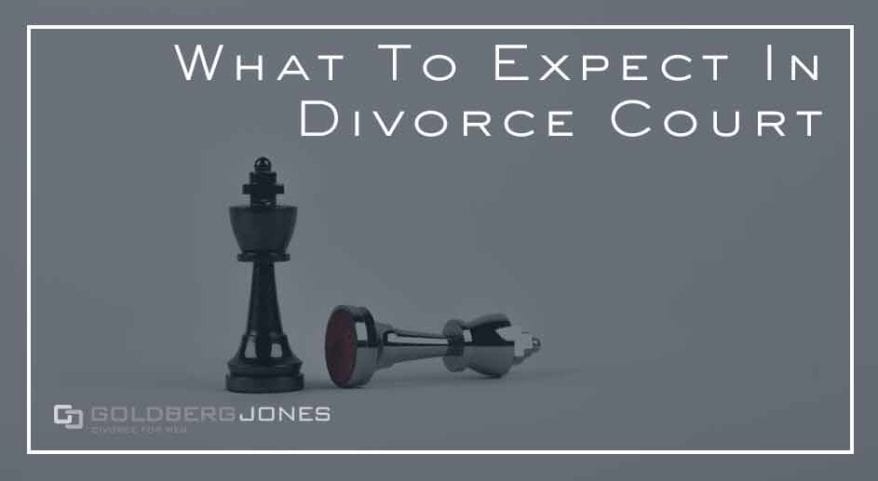 Going to court is a daunting experience. We’ve all seen a ton of movies and TV shows where this plays a key role and none of them make it look particularly fun. While divorce hearings can be scary, it helps to go in with an idea of what to expect.

If you and your spouse are on good terms or can act civil to one another, it’s possible to avoid divorce hearings altogether. Many couples divide property, agree on maintenance support, and establish a parenting plan without going in front of a judge.

Mediation, arbitration, and other tools exist to facilitate this. That is, unfortunately, not the case in every situation. Sometimes divorce court is a necessity.

There’s no single script for divorce hearings. You can’t simply walk in, say what you have to say, and walk out with the expected result. It doesn’t always play out as expected. If you have a lawyer, he or she will probably tell you as much. Also, if you’ve retained representation, they should be able to prepare you before setting foot in a courtroom.

Before you ever get to court, you must pass through a number of steps. In order to get to divorce hearings, you have to check off a variety of boxes.

As with most legal cases, the first thing you have to do is file the appropriate paperwork with the proper court. Here’s where the whole process kicks off.

This paperwork states that you want to dissolve your marriage and lays out the specific details of your case. This includes whether or not you want spousal support, if you’re going to seek custody of any children, how you want to divide shared property, any temporary order requests, and more.

Once you file the paperwork, you need to serve your spouse. This is where all the pertinent documents are delivered to your soon-to-be ex and where you make your intentions known. A variety of ways to accomplish this exist, and there will also be a deadline for a response.

Even though fictional legal dramas are fond of game-changing last-minute reveals, the divorce court likes to make sure both parties have equal access to any relevant information.

This pre-trial disclosure of facts and information is called discovery. It’s a key part of all legal actions, including divorce hearings.

A painstaking process, discovery adds time and expense to a case, but it often proves invaluable.

Discovery in divorce hearings compels each side to reveal what evidence and information they have. You have a number of ways to accomplish this. Interrogatories, or written questions from one spouse to the other, are common. As are depositions, in-person statements given under oath.

Subpoenas oblige one party to testify or produce documents, records, or other evidence. You can also request the other party deliver relevant records, as well as that they verify the authenticity of specific information.

A great deal of preparation goes into divorce court and divorce hearings, including witnesses and testimony.

You need to prepare your testimony in advance. The same goes for your witnesses. They should know what your lawyer will ask, and the attorney should know how they will answer to avoid surprises. Whatever you ask for—spousal support or child custody for instance—you need to directly address any surrounding legal issues. So you want to make sure your arguments are thorough.

Before divorce hearings, the court may set up a pretrial conference. A number of things may be decided ahead of divorce court.

Here’s where the judge may give you some idea of how long the trial will last and what issues remain to be decided. He or she also sets a deadline for both sides to disclose witnesses and reveal what documents you plan to use as evidence.

What To Expect From Divorce Court

Once you’ve gone through the process and hit all the steps, you’re ready for the big show: the trial.

Outside of the advance preparation, a lot goes into making it to divorce court. As far as logistical concerns go, make sure you know where you’re going, where to park, and give yourself time to get through security. Any witnesses testifying on your behalf need to know this, too. You don’t want to be late for court.

Dressing for court is important. Judges are people and despite their position of authority, are prone to making snap conclusions like the rest of us.

Know the dress code, dress neat, be well groomed and presentable, and don’t overdo it. If you have any visible tattoos or piercings, consider covering them up.

There are enough variables to contend with, don’t take chances with the things you can control, like appearance.

Once the judge calls your case, things proceed in a fairly expected fashion.

It’s in this process where things often get contentious and resemble an episode of Law & Order. Though in all but the most contentious cases, divorce court rarely gets so dramatic. But expect attorneys to question witnesses, make objections, and generally present their respective cases.

When all of this wraps up, usually after a day or so—except for in complex cases—each side may offer a closing argument. Like its counterpart, this is essentially a summary of the case presented to the court, reiterating key points.

When the last argument has been made and the final piece of evidence submitted, it’s time for the judge to rule.  After hearing arguments and seeing the evidence, the judge makes a decision on each disputed issue. The judgment confirms the dissolution of marriage and rules on child custody, spousal support, division of property, and any other points of contention.

He or she may rule that day or take the matter “under advisement.” In this case, the judge wants to give the arguments deeper consideration and will issue rulings later, usually by notifying the attorneys of the decision.

Once a ruling comes down, the judge and both attorneys sit down to write up a judgment for dissolution of marriage. This document is also known as a divorce decree. As well as confirming the divorce, it advises each party of their respective rights and obligations moving forward.

Depending on the situation, divorce decrees can become very complex. They include all of the court’s rulings and judgments.

Most often this contains child custody, visitation, child and spousal support, the division of property, and more.

Just like in divorce hearings, the more elements involved, the more complicated it becomes.

Unless one spouse files an appeal, this is the final word on your divorce. It’s up to each party to abide by the ruling. If either you or your spouse chooses not to follow the order, there are significant legal ramifications to contend with.