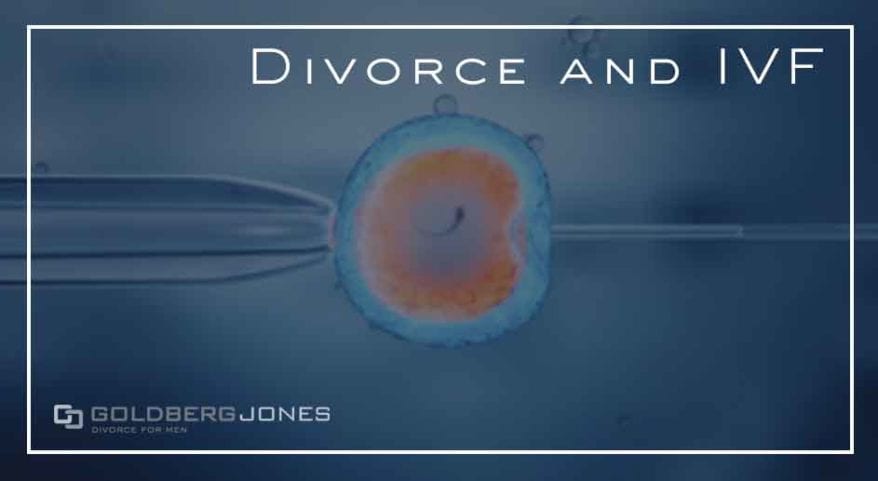 It is common for long-time couples to discuss future plans such as marriage, home owning, and ultimately raising a family. These plans come with a lot of “what-ifs”— and the unknown can make taking big steps challenging. In particular, having children is one of the most significant decisions a couple can make. But what happens when infertility is an issue?

Fortunately, science has discovered numerous alternatives in fertility technology. One of these options is In Vitro Fertilization (IVF): the process of combining an egg and sperm in a lab and then transferring the embryo to the uterus. In some cases, the embryo is frozen and stored for future implantation. When choosing to undergo IVF, divorce is usually the last thing on the couple’s mind.

Frozen embryos, while not common in divorce cases, can create significant and unique challenges to reaching a divorce agreement. A common example where this instance would present itself is with the diagnosis of cancer and the treatment may potentially cause infertility.

In this scenario, the couple would undergo IVF and store the embryo until carrying a pregnancy is safe. Unfortunately for some couples, the relationship ends and both parties disagree on what should be done with the stored embryos.

In the recent cases of Lee v. Findley and Szafranski v. Dunston, both females were diagnosed with cancer and the respective couples went through IVF to ensure they would be able to have biological children post-treatment. Both relationships ended and now the fates of the embryos are at the center of an ongoing debate.

In the California case, Lee v. Findley, the two are embroiled in a divorce. The ex-husband is requesting that the embryos be destroyed. The ex-wife and her attorneys have argued, “that destroying the embryos would destroy an infertile woman’s ability to realize the fundamental and constitutionally protected bond of a parent and a child.”

The ex-husband fears that if she was to go through with the in vitro that he would be responsible for financial support. She has argued that she would not involve him in the child’s life.

When initially starting the process of IVF the couple signed documents presented by the “UCSF that included provisions for destroying the embryos under various circumstances, including divorce, and those agreements are a binding contract.” The husband testified to this, assuming the decision would be ruled by this contract. However, the exceptional circumstances of this case require an evaluation and a decision from the courts.

While the case continues, the UCSF is arguing that one cannot simply change their mind after signing the documents that clearly state the destruction of the embryos in accordance with certain circumstances. Divorce turns out to be one of those circumstances. However, Lee did go through IVF with the purpose of preserving the embryos knowing the result of her infertility due to cancer.

The recent advancements in IVF have made treatment more affordable and accessible to people facing challenges with fertility. Because IVF has become the first choice for many couples, it is likely that these issues will become more common in divorce proceedings.

The court’s decisions in both Lee v. Findley and Szafranski v. Dunston may set a precedent regarding frozen embryos as part of a divorce—and lay the foundation for how these cases are handled in the future.