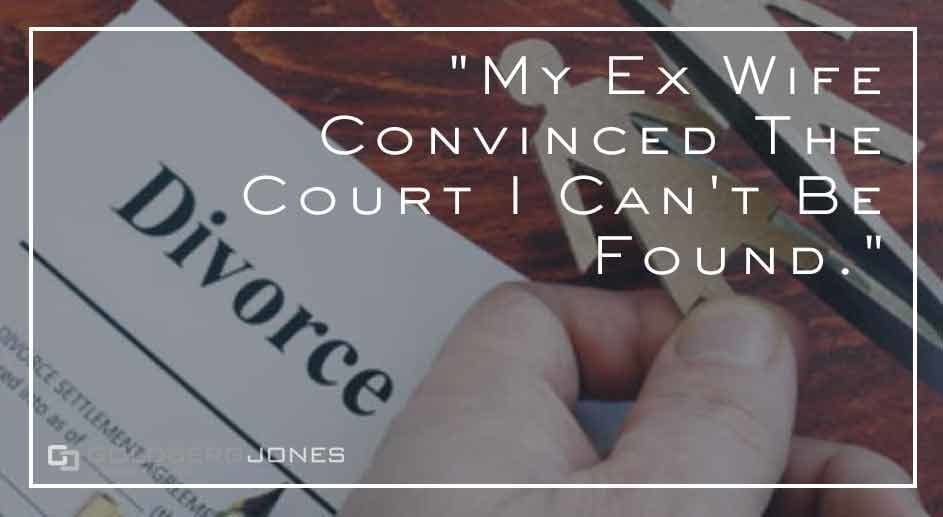 Divorce is often a long process full of ups and downs. It can be incredibly complex or it may play out in a straightforward fashion. You may only be able to communicate through lawyers or other third parties, but at least there’s a flow of information. What happens if you want to divorce but you can’t find your spouse?

Well, that certainly complicates matters, doesn’t it? Divorce is difficult enough in the best of times, let alone when you can’t locate the other party. There is, however, a legal process you can go through if this happens. You can follow certain steps, fulfill certain requirements, and have the court declare a default. It’s time-consuming, but it you can do it.

But what happens when you’re the one who can’t be found and the court declares a default? It sounds like a crazy story, but it happens more often than you may think. Our founding partner, Rick Jones, recently appeared on KZOK 102.5 FM to answer listener questions. One audience member texted in just such a situation.

“My ex-wife and her attorney convinced the court I couldn’t be found and got the judge to sign off on a divorce without my input. We have a ton of shared debt, my attorney says she should be on the hook for about $10,000 of it, but he also says it will be expensive to undo the divorce and redo the process, so it might not be worth it. What do you say?”

“You’d be surprised how many times questions like this do come up. What happened to this fella, Steve, is that he got defaulted, basically means he wasn’t a part of the process. Now the reason he wasn’t part of the process is they went through whatever hoops, thorough or not, to basically say that they alternatively served him, maybe by publication or some others means.”

Rick – “It’s designed to actually try to reach them, it’s the minimum necessary. That being said, it still gets entered as a default, and the court disfavors defaults, so Steve does have a decent opportunity to go back in and say, “Hey listen, I don’t know what they said, (the court’s going to have a file on it), but they didn’t serve me, I wasn’t served, it’s only been X-amount of time, so let’s open this case up.”  In general, he’s likely to be successful given what occurred.”

Danny – “I would have thought this guy had a huge chance.”

Rick – “Well here’s Steve’s problem though. He has to go through the legal process to do that. So to be able to reopen it, maybe it costs him $3,000 or $4,000. Now he’s just starting over on an open divorce case, and if what he’s fighting for is a total of $10,000, you start hitting the level of diminishing returns.”

Related Reading: How to Get a Divorce When You Can’t Find Your Spouse