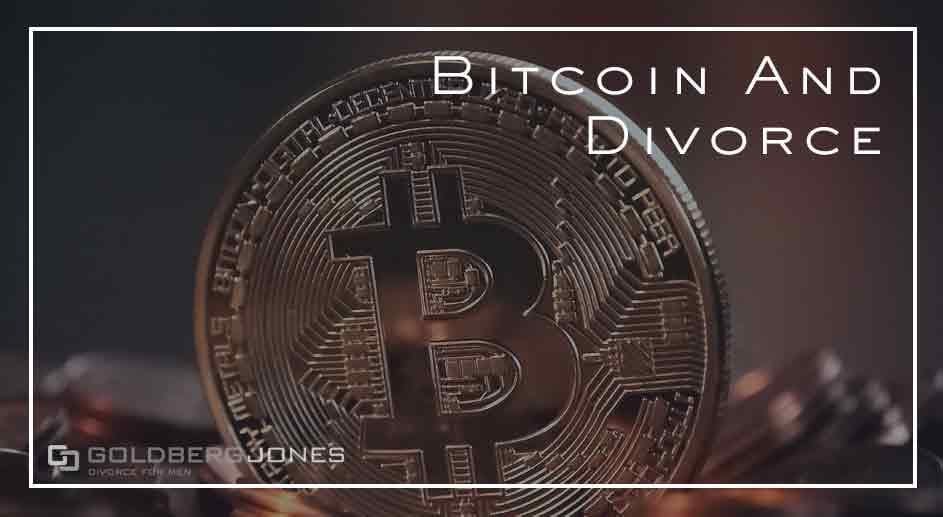 If you’ve paid attention to the news lately, you’ve noticed bitcoin all over the place. The cryptocurrency has become a hot topic as it’s increased in both popularity and value. Rapper 50 Cent recently revealed he accidentally made millions of dollars by taking it as payment for a record only to watch it skyrocket in price. It’s also become a frequent point of contention in divorce.

For those of you not familiar with the term, bitcoin is a form electronic payment. It’s the first decentralized digital currency. Operating without a central bank, administrator, or single authority, transactions take place directly between users. It offers relative anonymity— the term is pseudonymous—as it’s linked to a numbered address rather than a real-world entity, like a bank.

Bitcoin is an Asset in Divorce

At a basic level, bitcoin is an asset in divorce, an asset with a specific value. When it comes to the division of property, the courts treat as such.

California is a community property state. Any assets, monies, or properties acquired during a marriage, the state views as belonging to both spouses. Bitcoin falls into this category. Courts view it as community property if earned or obtained while married, and separate property if acquired before, or as a gift or inheritance.

So, if a couple follows the law, dividing a bitcoin portfolio should be relatively straightforward. Like all other assets, you declare it up front and divide it like any other valuables in the divorce settlement. But because of bitcoin’s unique nature, it’s often more complex than that.

It’s no secret that people often attempt to hide assets in divorce. You’ve got classics like safe deposit boxes, setting up accounts in other people’s names, transferring assets to family members, overstating debts, and many more. Not only is this against the law, it often backfires and ends up damaging a divorce case.

Since bitcoin operates without larger centralized oversight, it’s largely anonymous. This privacy is part of the allure.

And because of this, many now try to use it to squirrel away money and conceal it from spouses during the divorce process.

Many men’s rights activists have advocated this tactic in online chatroom’s and in forums for a number of years, essentially since the technology’s inception.

Like other methods of hiding assets, this strategy is obviously illegal. And while bitcoin is different than your average bank account and other things that leave a paper trail, it’s not completely anonymous. Users have numbered identities associated with bitcoin wallets. It may take some digging, and a particular set of skills, but it is possible to track and identify users. It’s simply not as common, and not as many people have that talent. You may have to employ a forensic specialist, but it’s possible to hunt down the owner.

There’s also the fact that, if there’s a substantial sum in bitcoin, both parties probably know it exists. Even if your spouse tries to move it around, you know it’s on the table, or that it should be. And if it’s not, you know to root around and look for it.

Risks of Hiding Bitcoin in Divorce

The risks of hiding bitcoin in divorce are the same as trying to conceal other resources. The perpetrator chances receiving a smaller share of marital assets. Criminal charges may come into play, as well as contempt of court. This technically constitutes lying, which is illegal in divorce proceedings, and perjury could even result in jail time.

In addition to these consequences, hiding assets like bitcoin leads to a loss of credibility. If your case continues, the fact that one party lied leaves a shadow looming over the rest of the proceedings.

If you lied under oath, why would a judge believe later testimony about the inability to pay child support or spousal support? Or when you testify in a custody hearing? It can come back to haunt you down the road.

Bitcoin may be a bit of an outlier right now, but it’s becoming increasingly common. It has millions of users and an ever-growing number of merchants accept it as payment.

The more often it pops up, the more divorce lawyers and judges know to look for it. The more common it is, the harder it becomes to conceal, and the probability of the plan backfiring increases.

Like hiding other assets, trying to conceal a bitcoin stash isn’t worth the risk and potential consequences. If you’re that concerned about your bitcoin wallet, it’s possible to protect it with a prenuptial agreement or similar contract.

Bitcoin may sound like a modern version of Swiss bank accounts from an ‘80s movie, where shady people hid their ill-gotten gains from the rest of the world. But as it becomes increasingly prevalent, it’s something the legal profession has had to adapt to. And as other crypto-currencies develop—many new ones keep users much more anonymous—it’s only just getting started.