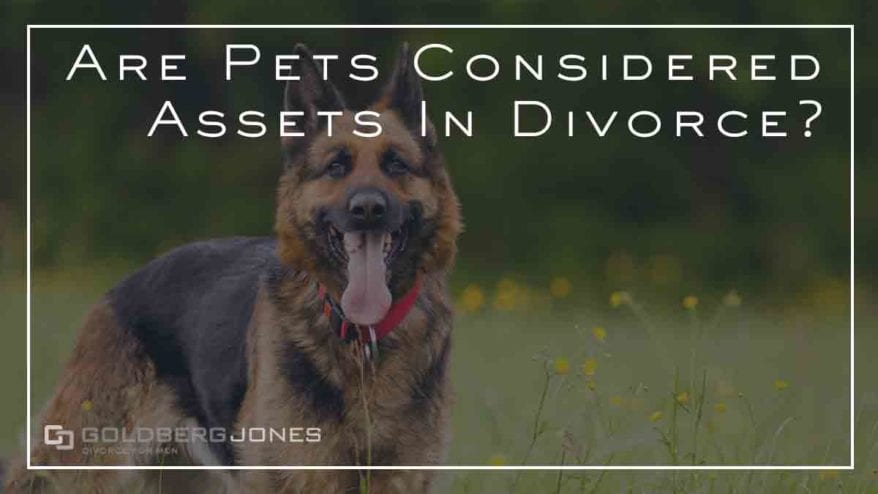 Pets often form hugely important parts of our lives and our families. In many cases, people view them in the same light as children. Because of this bond, they also often factor into divorce settlements. But how do the courts view pets in a divorce? Are pets considered assets in divorce, or does the law view pet custody as similar to child custody?

Our founding partner, Rick Jones, regularly appears on the Danny Bonaduce and Sarah Morning Show, where he tackles family law topics. On one recent episode, a listener posed this very question.

There has been some evolution in the realm of pet custody in recent years. In some cases, courts have come to recognize the depth of the human/animal connection. Still, that varies from case to case, place to place, and can honestly depend on an individual judge. For the most part, however, pets will be viewed as assets rather than family members.

Related Reading: An Extended Look At Pet Custody In Divorce

Listen to the Specifics Below:

Text-In Question: “Married three years. They have a dog that they both love and basically it’s their child, or they think it’s their child, and they’re wondering how that’s treated in divorce. Is it treated like an asset or more like custody of children would be?”

Rick: “It’s treated more like an asset. Unfortunately to many dog lovers out there. The key is this: certainly, both of you could feel the same motivation, the same love for this animal, but you really need to deal with that on your own.

“It really needs to be subject to settlement, and the court’s not going to step in the way if the two of you say, ‘I’ll tell you what, if you let me keep this animal, I’ll give you more of something else.’ So you can negotiate it that way.

“What you don’t want to do is let it get all the way to the court system to decide, the judge is going to look at it and say, ‘It’s a thing’. [Legally speaking] it’s like a candelabra or a lampshade.”