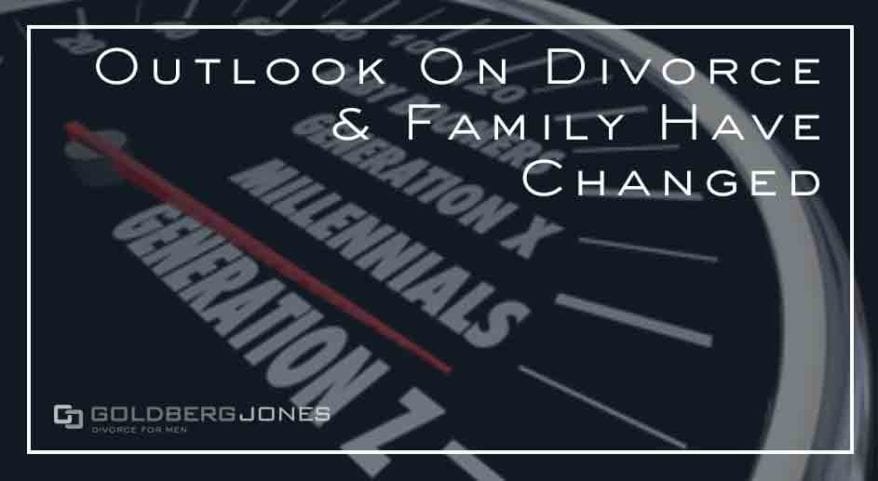 Marriage may be an institution, but it’s not immune to change. What marriage is, what it means, how important it is; all of this and more have transformed dramatically over time. Some shifts are massive and easily recognizable. Others are subtle, changing across many years, so gradual you hardly notice them at first glance.

A recent study looks back at the trends and tendencies in marriage and divorce over the past five decades to examine this evolution. Digging into the patterns and changing attitudes towards marriage, divorce, family, happiness, and more, the findings paint an interesting portrait of the state of marriage in contemporary culture.

Perhaps the biggest shift in recent years is that Americans, as a whole, have become increasingly less likely to marry. From 1970 to 2010, the marriage rate among single women decreased by half.

As time goes on, more and more people simply choose not to follow the traditional path of marrying young and living that lifestyle.

One factor that impacts the number of non-married people is that many are pushing off marriage until much later in life. In 1960, the median age for a woman to get married was just 20.3-years-old, while it was 22.8 for men.

Though it still happens, marriage at these ages now seems very young. By the time 2011 rolled around, those numbers had increased to 26.5 and 28.7 years, respectively, which represents a monumental shift.

Another factor that influences these statistics is the upward swing in unmarried cohabitation. It’s not that couples aren’t living together in a romantic, familial sense. They very much still are, but they’re not necessarily getting married before they move in.

Where this would have once been almost unthinkable from a social perspective, it’s incredibly common now. In fact, more than 60% of modern marriages are preceded by the couple living together. Some look at this as a kind of “trial marriage.”

In theory, it may clarify whether or not a relationship is a good idea, whether two people are indeed a match, or even head off bad marriages before they become official. There is, however, quite a bit of debate on the subject. Some evidence indicates that couples who live together prior to marriage may actually be more likely to divorce down the road.

As people have pushed marriage back and become less likely to marry at all, there has also been a slight decline in second marriages.

Along with a divorce rate estimated to be between 40 and 50%—twice what it was in the 1960s, but lower than its peak in the 1980s—and the tendency to wait longer to get hitched, there has been a sharp increase in the number of adults who are currently divorced.

Divorced men are more likely to walk down the aisle again than divorced women. However, even amongst those who do subsequently remarry, many will live with a romantic partner before tying the knot again.

Historically, marriage was primarily about raising children and unions revolved around these concerns. This, too, has changed over the years. In 1960, more than half of households had children. By 2011, that number was all the way down to 32%.

More people are opting not to have children or delaying that as well. This changes the focus of marriage and family and how many people define and approach these endeavors.

There has also been a significant impact on the makeup of the average American household, and there is less emphasis than ever on staying together for the stability of children. Whereas before, a couple may have remained in an unhappy marriage to benefit the kids, that is no longer the predominant way of thinking.

Following along these lines, there has also been a marked increase in the number of single-parent families. In 1960, only 9% of children lived single parent homes, whereas, by 2011, that number rose to 26%. This may be partially attributable to the simultaneous rise in divorce, births outside of marriage, and unmarried cohabitation.

Over the decades, the attitudes of young people towards family and marriage have also evolved. Though the desire to have a good family life has remained high across the board, a sense of pessimism has crept in. For an increasing number, the institution of marriage has become a bit suspicious, and people no longer view it as the key to a happy, fulfilling life it once was.

Additionally, younger people, especially teenagers, have become more accepting to less traditional, nonmarital lifestyles, like unmarried cohabitation. Where there were limited options a few generations ago, now there are a variety of possibilities that are all equally viable.

Moving forward, the younger generation’s outlook on family, divorce, and marriage will continue to have a huge impact on the shifting cultural landscape.

Looking back over the last few decades, it’s clear to see that attitudes and approaches towards marriage, family, and divorce have changed dramatically. What is commonplace now, may have been almost unthinkable a few generations ago.

One thing remains certain, that society’s stance on these topics will continue to shift and change to reflect its surroundings.

We don’t know how this evolution will manifest—we could see marriage rates continue to decline, there could be a counter push to return to more traditional ways, or other developments we haven’t even conceived of yet may come to pass—but it will be equally fascinating to watch in the future.