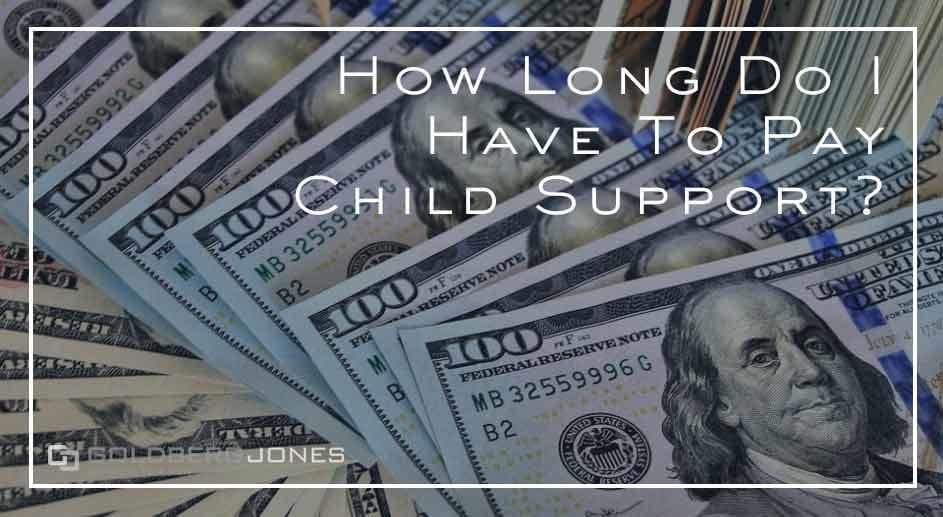 How long do I have to pay child support? This is a question that comes up often. Following divorce or splits, child support provides for food, housing, clothes, and other regular necessities for our kids. We love them and will do anything for them, but this often creates a financial hardship.

ur founding partner, Rick Jones, has a regular appearance on the Danny Bonaduce and Sarah Morning Show where he answers listener’s family law questions.

This pertains to past-due child support. It seems like I’ve been paying $5/6/700 a month for like, 10 years, and it never seems to go down, they keep opening cases, but my kids are over 18, for quite some time.

Danny: “From a non-lawyer perspective, this sounds crazy! Rick?!”

“Well, if math is crazy then it’s crazy. [Danny interjects: “Really?”] Yeah, ultimately what’s going on is that there’s an explanation.

It’s still possible that somebody’s making a mistake when they’re applying math, but ultimately there’s a monthly obligation that’s due per a court order, and that accumulates if somebody is not able to make their monthly payment then the balance continues to increase.

“Now, I’ll say it used to be, there’s a phrase that many people have heard called the ‘statute of limitations‘ that basically says there’s only so long you can either have jeopardy, have a debt, etc. However, what I can tell you is that for the entire time I’ve been practicing, there’s been an increase in the length of the statute of limitations when it comes to child support.

“The reality is, he’s going to be on the hook for, basically at minimum 10 years past the end of the support order. So we’re talking close to 28-years-old. And it’s also possible somewhere along the line to avoid collection, he may have signed a waiver of the statute of limitations, which basically extends it on to infinity.

“But ultimately what I recommend he do, is to contact his support officer, somebody assigned to his case, and ask for an ‘accounting.’  They’re required to provide him a detailed list:

If they’ve made a mistake, then call them out on it.”

“The other thing you see is the potential risk of what’s called ‘post-secondary educational support’, which is college expenses.  So a lot of people really think they hit the finish line when they get to 18 or finish high school, but oftentimes there’s either an agreement up front, or at least a reservation of college expenses, and that can be a real zinger when you weren’t expecting it.”