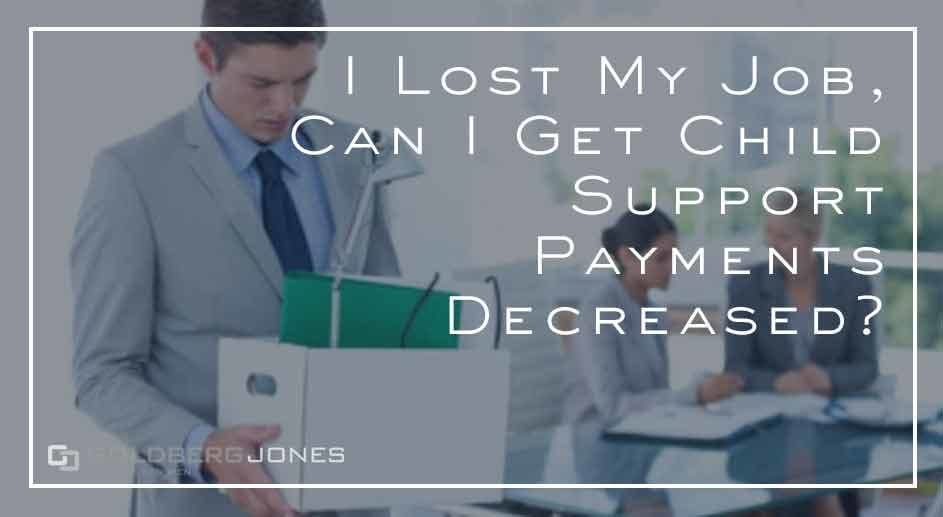 Following a divorce, child support often becomes one of your biggest ongoing expenses. The courts base the amount on a formula that accounts for many factors. One of the key components is your income. But what happens when you lose your job and have no income? Can you go back to court and get them to lower your obligation?

Like with most court orders, once they’re set, child support is difficult to modify. You have to demonstrate a significant change in circumstances, and even then, judges are still reluctant to alter them.

It is possible, but as our founding partner, Rick Jones, recently explained on the Danny Bonaduce and Sarah Morning Show, it’s an uphill battle. A listener found himself in just this predicament and called in to see if there’s hope for him and his case.

“I just recently got divorced and in the process also lost my job. I was wondering on how I could go about getting a child support payment lowered.”

Rick: “What are your prospects about getting your next job?”

“Okay, here’s one of the problems. Unemployment, more often than not, is very temporary. So jumping right back into the court now to say: ‘Hey, let’s reduce my child support I have no income whatsoever’ has two problems to it.

“One, it costs money to get back into court. Two, they also don’t want you back so quickly. The preference is one year, often two years after the last support order was entered. The fact that I’m hearing you were recently divorced is a little bit of an issue.

“Here’s what you can do though certainly IF there’s the ability to make sure to get gainfully employed again. Even if it’s at a number you’re less than comfortable with, at that point, you’re able to go back to the court and say look, ‘I have a new circumstance and this circumstance isn’t going to change.’ So it carries with it a whole lot more credibility in seeking an adjustment.”

Danny: “I learn something new every time you’re here. So I just assumed that if I was out of work, say you have to pay $1,000 a month and now I don’t have any money, nothing coming in,  hey your honor, so really your honor wants to see a track record of nothing coming in or less coming in if he’s going to change.”

Rick: “Well, they don’t want to waste their time. If what they’re listening to after you get to court–which may take weeks to get to court–is, ‘I make no money at all, okay, what am I going to do with this child support,’ and then voila, two weeks later this person’s employed. Does that mean she goes back to court to and try and get it raised?  So they’re trying to be efficient.”

If you have questions about your case, contact Goldberg Jones at our San Diego office.

Related Reading: How Long Do I Have to Pay Child Support?