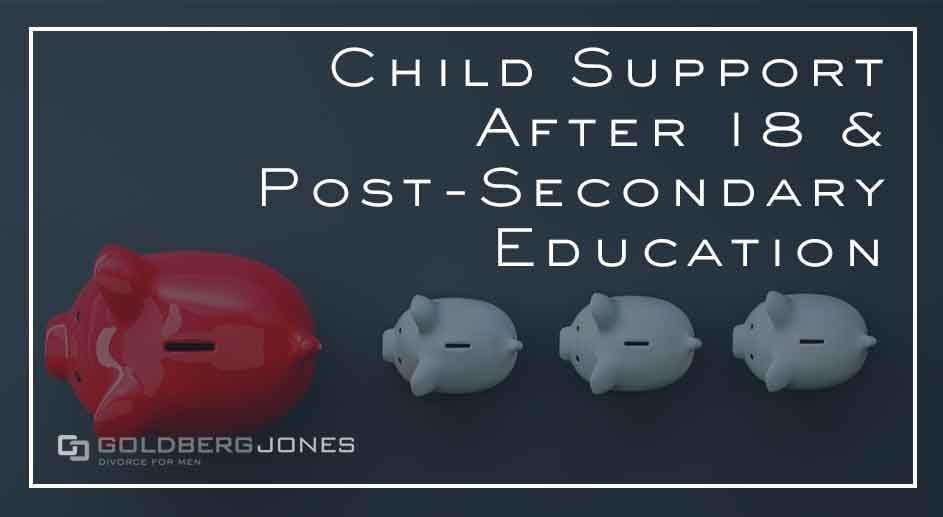 How long do I have to pay child support? It’s a question we hear often. As is so often the case in family law matters, there’s a quick answer and a more in-depth conversation. And what about post-secondary education? How do you plan for that following divorce?

One of our founding partners, Rick Jones, makes regular appearances on the Danny Bonaduce and Sarah Morning Show, where he answers family law questions from listeners. One recent caller has questions about how much longer he has to continue paying child support, as well as if he’s on the hook for post-secondary education expenses.

Listen to the Conversation Here:

Caller: “My son is 18. He was held back in school by his mother. We’re not married. I’ve been paying child support for 18 years. He lives on the property but lives in an outbuilding, so to speak. It’s nice, don’t get me wrong, it’s not a shed. He’s taken care of. He decided to move out of the home out of intolerance of his mother.

Danny: “If I had to condense your question into three lines, what would it be Steve?”

Rick: “Yeah, we can do this. Let’s talk about child support first. When you say ‘He’s on the property,’ do you mean your property no?.”

Rick: “Then yes, you still are on the hook for child support. Ultimately what your support order is going to say, ’18 or finishes high school, whichever comes later.’  I assume the ‘being held back’ has a shred of legitimacy, so I don’t believe there’s any avenue to alleviate that. So, you’re going to be on the hook until he finishes high school, assuming it is this next year.

“Now with post-secondary [education], the key is that there has to be a post-secondary agreement order prior to the termination of the support order.

“What that means is that there’s still time, and the attorney that said six to eight months, that’s really concerted. The reality is that somebody could file in May with somebody graduating in June, and the issue gets adjudicated. You gotta get all the way to graduation before you know if you’re on the hook for post-secondary.”

Related Reading: Back to School Tips for Divorced Dads