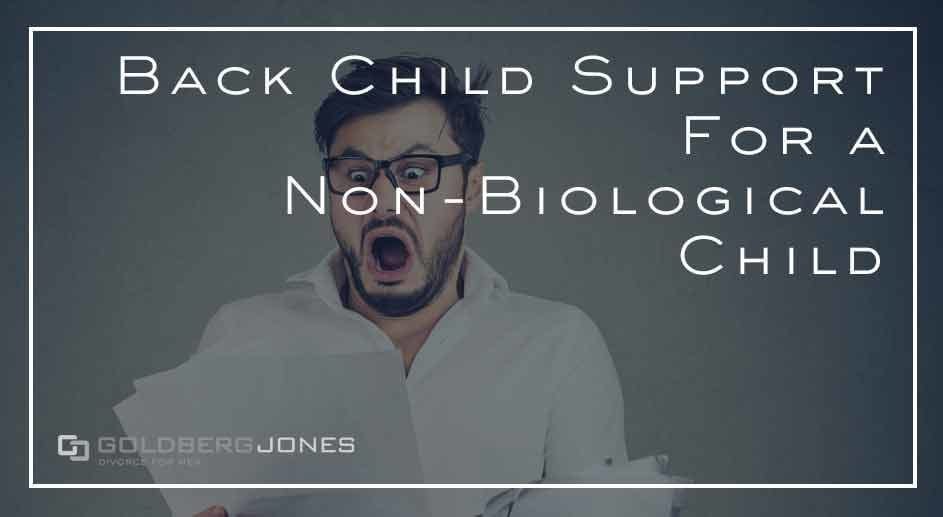 It’s our duty as parents to provide for our children. Following a divorce, this often takes the form of child support payments. But what happens when the child isn’t yours?

One of our founding partners, Rick Jones, makes regular appearances on the Danny Bonaduce and Sarah Morning Show, where he answers family law questions from listeners. A recent caller finds himself paying back child support for stepchild and wants to know why.

Listen to the answer below:

Caller: “I had a short marriage in the ’90s that produced one child and I’ve got some back child support I’m paying off. But I’m paying for two children. One’s my stepdaughter and she’s not biologically mine.

“How am I still on the hook for this money?”

Rick: “If this is from the mid-’90s, the answer is going to be buried in the history of the last couple of decades. Way back when, if the court already declared you had a responsibility for a stepchild, then there’s really no way out of the original obligation.

“The laws have very much changed now, it’s fairly rare for a stepchild, but I’ve also seen that changed just since I’ve been practicing. So you may have been hit with the earlier version of the law.

“Ultimately if there was a valid support order, and it’s in place, the only way to have gotten a change would have been to get a modification while the order was still alive. Now that the child support order is no longer alive, and the money you have to pay is simply a debt to her or to the state, whoever ended up pre-funding it.”

Danny: “Yeah, I talk about this every now and again because I found it so shocking. This wasn’t this [current] divorce he was getting, but Robert De Niro was I think breaking up with his girlfriend–but maybe was his wife–and got a divorce, and they had a kid that was about 7-years-old. And finally Robert De Niro said, ‘I don’t know about this, this kid doesn’t really look like me.’

“So he got a DNA test and it was never his kid, there’s no biological connection to Robert De Niro. So he went to court and said, ‘I don’t want to pay for the kid anymore,’ and the judge said, ‘Listen, you agreed at some point to take care of this child, whether it’s yours or not.’

“I thought that was outlandish.”

Related Reading: Do I Still Have to Pay Child Support if my Kid Leaves Home?