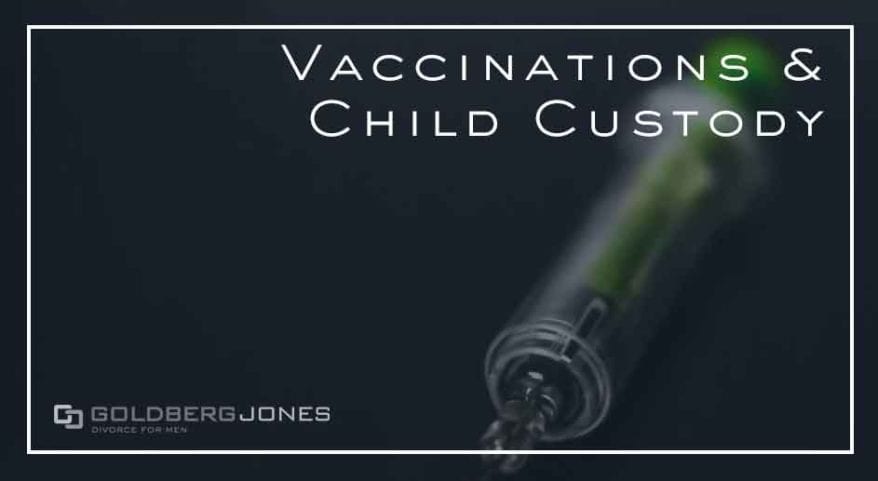 The topic of vaccinations and whether they do more harm than good has been a hot public debate in recent years. It’s ramped up even more with the rollout of COVID-19 vaccines.

Everyone from certified experts citing facts to celebrities have thrown in their two cents. Fallout from this conflict can be felt across the board, even in child custody disputes. But this is nothing new.

Which Parent Would The Court Side With?

Siding with scientifically based research and medical practices, a Florida family court ruled it is in the best interest of a child to be in the custody of a parent who will vaccinate in accordance with a doctor’s recommendations as opposed to one who will not.

In this particular case, the father wanted the child in question to receive traditional medical care. Inlucinb vaccinations. The mother did not. Though the couple was never married, the court ruled on child custody and granted guardianship to the father.

While not entirely based on the vaccination disagreement, the decision did significantly hinge on that factor.

In Michigan, a mother who refused to follow a court order to vaccinate son will ‘Most likely’ go to jail.

Credited with largely eradicating diseases like smallpox, mumps, and more diseases that once ravaged the population, vaccines, and their widespread use, are regarded as one of the greatest medical and public health advances in human history.

Given the tremendous amount of research, evidence, and expert testimony, it makes sense that the court sided with the father in this instance.

Related Reading: 5 Missteps That Can Hurt Your Custody Case

Vaccinations and the Best Interests Of The Child

When it comes to family court proceedings, the well-being of any minor children involved almost universally prevails above all else in child custody disputes.

The best interests of the child supersede issues like parental convenience or individual preference. In this case, it even supplants specific religious beliefs and practices that the court ruled “will be harmful to the child.”

When deciding on child custody, family courts take into account numerous factors and considerations. Wide-ranging, these vary a great deal from state to state and case to case.

Common points include, among others:

A particular court may not specifically address each line-item one by one, but they do take into account a child’s general well-being, health, and overall welfare.

In this case, the court awarded primary child custody to the father. Examining the facts and testimony from medical professionals, they determined there was “substantial, competent evidence” to back this decision.

While other factors were in play, much of this was based on the father’s stance on vaccinations. Though the court did not award the mother primary residential child custody, she was awarded significant time-sharing and visitation.

What This Means For Child Custody

More than anything, this decision serves as a reminder that when determining child custody, the best interests of the child reign supreme.

In this case, the court ruled that, due to the scientific evidence, the greatest benefit for the child was to remain with the pro-vaccination father. But depending on the circumstances, many factors can come into play in child custody decisions.

When it comes to your own child custody case, it will benefit you to keep this fact in mind. A child’s physical well-being — and a big part of this is medical care — is a significant factor in determining which parent receives primary guardianship.

Consider how and why you are the ideal parent and plan your strategy around your strengths in this area. If you’ve enlisted the services of an experienced divorce attorney, he or she will likely be able to help steer you in the right direction and demonstrate why the court should award you custody.