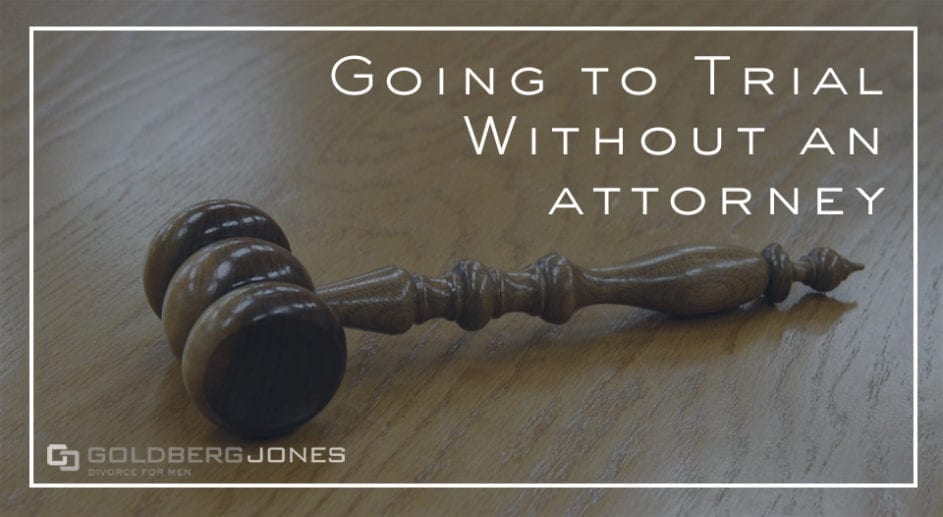 Most people aren’t well-versed in the law. They know the general ideas, but when it comes to the small stuff and nuances, that’s where they get lost. Legal proceedings tend to become complicated, which is why we usually suggest hiring representation in divorce or child custody matters. You’re not legally required to have a lawyer when you go to trial, but it may benefit your case a great deal.

Rick Jones, our founding partner, regularly appears on the Danny Bonaduce and Sarah Morning Show, where he answers family law questions from listeners. A recent caller has a court date regarding a custody claim but doesn’t plan to enlist an attorney. Further complicating matters is the fact that the case involves grandparents vying for custody.

Check out Rick’s advice below:

Caller: “My son has temporary custody of my two-year-old granddaughter. We’ve been trying to get permanent custody, and it’s been going through the courts little by little. It’s taken us two years, but now finally in December, we have a trial date. We’re doing this without an attorney and have been blinded at times at what to do. We’re not quite sure what to expect at the trial and I was hoping that Rick could give me some guidance?”

Danny: “Well, Rick, can you give some guidance?”

Rick: “Oh boy. Well, I can’t paint a huge picture of this, just because there are so many complexities, but that’s actually where I’m going to go with the conclusion of this. A trial really is a formality, just like when we were comparing it to arbitration, that has a little bit less formality.

“A trial is very formal. You’re in front of a judge, they’re wearing a robe, you’ve got a particular schedule, a bailiff, etc. And there’s rules on how you introduce evidence. So again, the formality almost requires– especially when I hear you’re in the driver’s seat as it sounds like with the case–you really want to get a lawyer to get you through the finish line here.”

Danny: “I’m very curious as to why you’re fighting with your grandson? I don’t know if we have time to get into all of it, but I would guess you really need a lawyer because one of the first things I learned from Rick Jones, is a bunch of stuff,  is that grandparents have very little rights. Very little. So you need to go get an attorney that has your best interest at heart.”

If you have questions about your case or need to consult a divorce lawyer, contact Goldberg Jones. Our San Diego office is here to help.

Related Reading: She Wants to Move My Kid Out of State