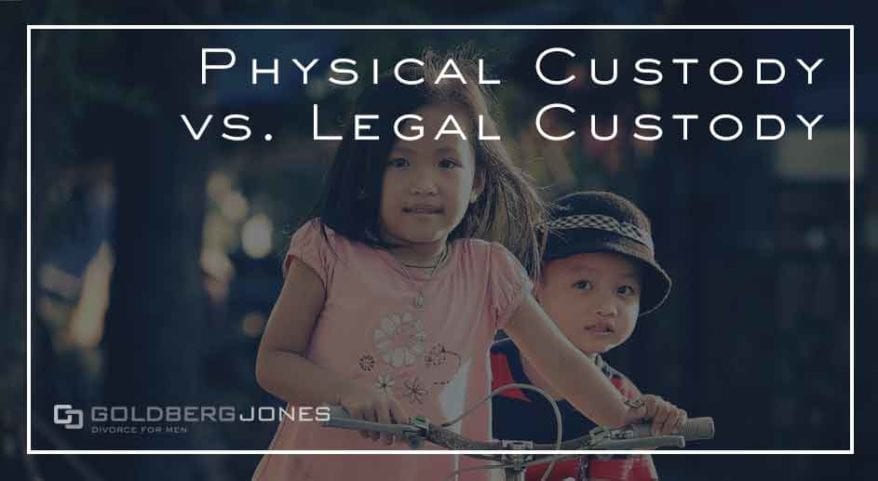 The term “child custody” is the overarching term that covers everything related to the welfare and upbringing of a child. This includes parental rights and obligations. In California, legal custody and physical custody are two terms you’ll hear a lot.

What’s The Difference Between Physical Custody and Legal Custody?

It isn’t uncommon to hear people use physical custody and legal custody interchangeably. Unfortunately, this is incorrect. These two terms are not transposable; rather they describe two different aspects of child custody.

The Superior Court of California defines this:

Legal custody determines which parent will make decisions about the child’s or children’s health, safety, education, and welfare.

Sole legal custody means that one parent has the right and responsibility to make decisions regarding the children’s school, doctors and general welfare.

Legal custody is the right and responsibility to decide how a child will be raised. Parents with legal custody are empowered to make a wide breadth of decisions including what schools the children will attend, how they will spend their free time, what extracurricular activities they will participate in, and what religion they will practice.

Joint legal custody can quickly become contentious when parents aren’t able to agree on decision-making.  In situations where both parents continually struggle to reach agreement on key decisions, it is possible for a judge to designate one parent to make the final decision.

Sole legal custody designates only one person with the legal authority to make a major decision on behalf of the child. This eliminates conflict that can arise during disagreements over decision-making and can reduce tension. Sole legal custody is necessary in situations where one parent is absent and unavailable to contribute to making decisions regarding a child’s upbringing.

Where and when the children live falls under the umbrella of physical custody.  The implications of how physical custody is awarded should not be minimized. Where the child lives and what the daily routine is, it will set the standard for any future decisions made by the court.

Like legal custody, physical custody can be sole or jointly shared. In situations where joint physical custody is awarded, it doesn’t guarantee that both parties will get exactly the same amount of time.

Sole custody is when the court gives one parent physical and legal custody of a child. The child lives with one parent who maintains the authority to make all the decisions about upbringing and welfare.

In many cases, one parent will have more time than another, but the children will spend time living with both parents. In situations where one parent has the children more than fifty percent of the time, they may be called the “primary custodial parent”.