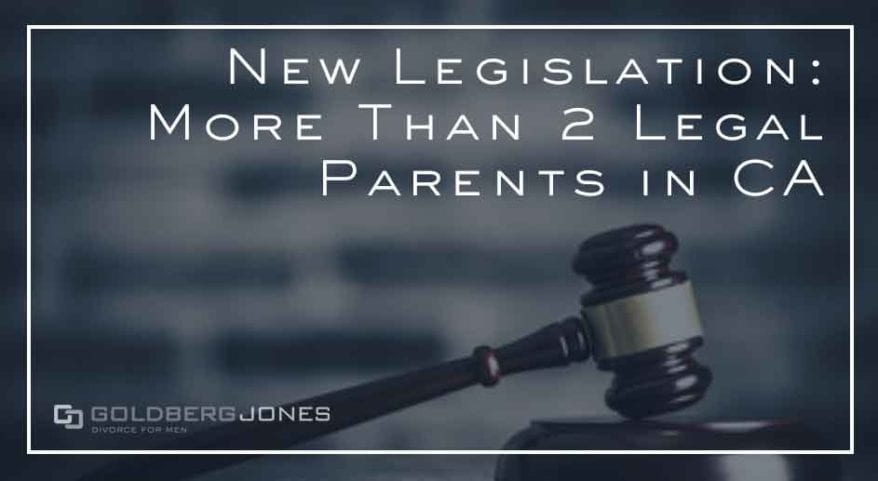 The California legislature is blazing a trail in custody. On October 4, 2013 State Senate Bill No. 274 was signed into law and established provisions for recognizing more than 2 parents.  Until the passing of Bill 274, parentage was established using guidelines from the Uniform Parentage Act. Those guidelines limited the legal status of parent to two individuals.

While the guidelines have evolved to address the increasing complexity of defining parentage until now it has been restricted to two parents.

“This bill would authorize a court to find that more than 2 persons with a claim to parentage, as specified, are parents if the court finds that recognizing only 2 parents would be detrimental to the child. The bill would direct the court, in making this determination, to consider all relevant factors, including, but not limited to, the harm of removing the child from a stable placement with a parent who has fulfilled the child’s physical needs and the child’s psychological needs for care and affection, and who has assumed that role for a substantial period of time.“

This means that in rare circumstances the courts may recognize more than 2 people as the child’s parents. The courts will still use the Uniform Parentage Act as a guide for establishing parentage, but will not be limited to applying the state’s strict guidelines to only two individuals.

History of the bill

The motivation for passing the bill stems in part from a 2011 case that involved a lesbian couple. According to the LA Times, “One of the women was impregnated by a man before the couple resumed their relationship.

When a fight broke out, one of the women was hospitalized and the other put in jail, but the daughter was sent to foster care because her biological father did not have parental rights.”

Bill 274 will become state law on January 1, 2014 and will make California the 5th state to provided provisions for recognizing more than two parents. The other 4 states recognizing these circumstances are Delaware, Louisiana, Maine, Pennsylvania, and the District of Columbia.

Bill 274 seeks to protect the best interest of the child, but it isn’t without potential pitfalls. Custody issues can be some of the most contentious cases in the area of Family Law. Adding more people to the mix is a recipe for further complications.

Additionally, how visitation, physical custody, and support payments are calculated in cases with three or more parents has yet to be determined by the state. The lack of guidelines leaves an ambiguous grey area that could lead to intense litigation and greater conflict over what is in the best interest of the child.

The California Legislature should be commended for acknowledging the evolution of the anatomy of the American family. Bill 274 will provide alternatives for acting in the best interest of the child and should prevent children from winding up in foster care when a suitable parent is available.