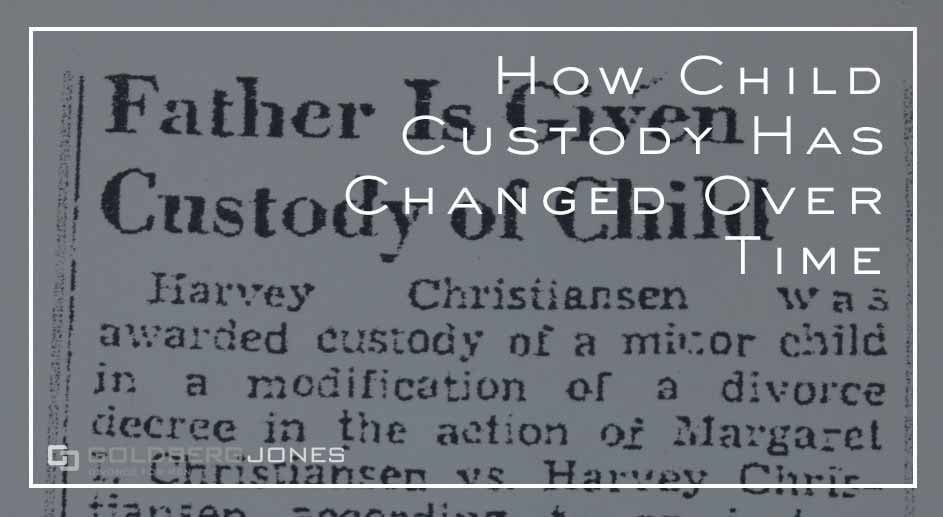 The common refrain goes: “Mothers always get the kids after divorce.” We’ve all heard that or something similar. Over the years, the prevailing wisdom has always been that the courts automatically give the kids to the mother in custody cases and that fathers have no chance. That, however, is not exactly true and hasn’t always been the case.

Though that’s the perception, child custody laws, including those in California, are gender-neutral. That means, as written, mothers and fathers have the same right to pursue custody. At least on paper. Many fathers still feel they’re at a disadvantage and face an uphill battle. That may have been the case in years past, but times have and continue to change. It doesn’t always work out like that, and things often vary a great deal from case to case. But legally speaking, that’s the situation.

More than a parent’s gender, the courts consider the best interests of the child in custody decisions. Your parenting history and your relationship with the child, factors like that have more impact on awarding custody.

In most cases, the courts increasingly recognize the importance of both parents remaining in a child’s life. Unless there are extenuating circumstances, usually in situations of abuse or neglect, authorities try to maintain a balance. No matter which parent winds up with the most parenting time, you should likely wind up with frequent, regular visits.

Related Reading: What is a Guardian ad Litem and the Minor’s Counsel?

That wasn’t always the case, however

Like most laws, custody regulations have changed and evolved over time. In Colonial America, divorce wasn’t exactly common. But fathers were granted custody in the aftermath, though this was largely because children were viewed as property.

A significant shift in this realm occurred during the Industrial Revolution. For the first time, men left farms and rural environments to work in urban factories. This left mothers behind to care for the rest of the family. According to one article from Dads Divorce, “This is where the image of fathers as wage earners and mothers as caregivers began to emerge and influence custody decisions.”

The idea that it was best for mothers to look after children took hold in this era. And it continued to grow for many years until it became the norm. 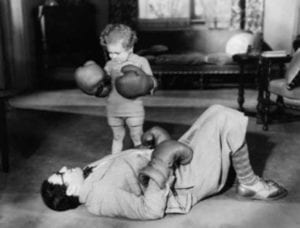 The image at the top of this post comes from a newspaper article from 1945. It plays rather fast and loose with privacy, but it also drives home the point about how things have changed. The headline loudly proclaims: “Father Is Given Custody of Child.”

At this particular juncture, not only was it unusual for the courts to award a divorced father custody, it was so out of the ordinary it was a newsworthy event. Granted, this was a very different era with very different laws and social norms. Still, it’s crazy to think about that through today’s lens.

Related Reading: The Trump Effect: Can Politics Cause Divorce?

Times certainly have changed for Custody

And they continue to change. Even recently.

Over the past few years, there’s been a push to award equal parenting time following divorce or separation. For instance, in 2014, North Dakota voted on such a measure, though it was substantially defeated. (The bill fell by a 62% to 38% margin.)

According to a Cincinnati news report from May 15, 2018, “Kentucky will be the first state to establish joint custody or equally shared parenting time as the legal starting point in every divorce case.”

Part of House Bill 528, which then-Governor Matt Bevin signed into law, creates “a presumption that joint custody and equally shared parenting time is in the best interest of the child.” Even in this instance, the best interests of the children take precedence. This simply redefines what exactly that means. And just because this is presumptive starting place, doesn’t mean every case will end up with parents sharing equal time.

Whether or not this trend continues and spreads remains to be seen. 50/50 split parenting time may become the norm, but it may not. What this illustrates is how child custody and child custody law continues to transform over time.

Change in the law often comes at a glacial pace, but it does come. And as it has over the years, you can bet it will continue to do so. Though current laws take pains to place parents on equal footing, it doesn’t always work out like that, but the future may be more equitable.

Related Reading: Should I Hire a Lawyer?