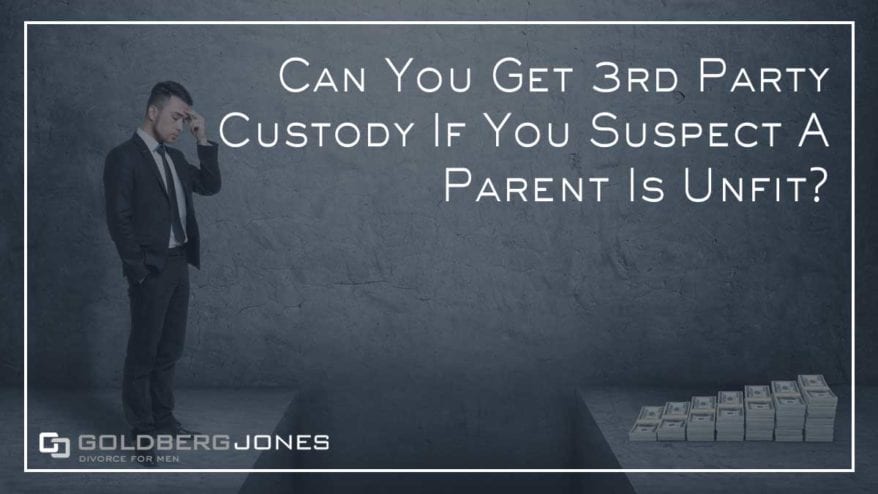 Custody cases tend to get complicated. If one party isn’t a child’s biological parent, it’s even worse. Even if you believe the parent unfit to care for a child, the deck is stacked against third-party custody claims.

Rick Jones, one of our founding partners, regularly appears on The Danny Bonaduce and Sarah Morning Show, where he addresses family law questions from listeners. A recent caller worries about the future of her nieces and nephews after their mother passed away and their father has issues caring for them. It’s a tricky situation, but unfortunately, the news isn’t great.

Caller: “My sister-in-law passed away from cancer a few weeks ago. Right about the time that she started to show symptoms for it, her husband left. Before that, he was physically and verbally abusive to her and her kids. So my question is, what is required to show that he’s an unfit parent so that way, either myself and my wife, or the kid’s grandparents can gain custody.“

Listen to the Conversation Below:

Rick: “Getting third-party custody, when someone [is] other than the biological parent, is a really high bar, a difficult standard. Courts, even with a parent that’s unfit, [are] going to be open to that parent rehabilitating themselves.

“I’ve certainly heard some terrible things about this guy from you, but what I haven’t heard from you yet, is how it affects his ability to be a parent. Can you give me some examples that make you fear for the safety of the children?”

Caller: “Yeah, so just as an example, this was from when they were very young. He would just sit in the house and not take care of any of the maintenance requirements for a baby, you know changing diapers or anything like that. We’re talking rashes, just horrible. He just ignores the kids, and if he’s not ignoring them he’s yelling at them.”

Rick: “So, the world changed dramatically in the passing of your sister-in-law. What you’re going to need to do is just make sure you and your parents remain very close to the situation. As terrible as it sounds, you’re really waiting to see if there’s a smoking gun.”

Danny: “Yeah, I was going to say, not changing diapers won’t get you the results you want. I didn’t want to change diapers. I said, ‘Listen, honey, can you take this job?’ And she said yeah. People yell at me for that, but I didn’t change diapers. I don’t believe that’s going to get you what you want in court.”

Rick: “And the difference now is that there’s nobody else to change the diapers. So the situation becomes worse if this guy behaves in the same way.

“My answer is this: there’s no black and white line of, here’s when you’re going to be successful going in. Keep your ear on the tracks, your eyes on the situation. When you see something that’s alarming, pick up the phone.”

Danny: “By the way, if you do keep your ear to the tracks, if you hear something that sounds like a train, it’s a train.”

Related Reading: Is Visitation Allowed if You Have Warrants?